As the region that saw the first European settlers, the Northeast US holds many of the most fascinating historical sites in America.

Colonial era, Revolutionary War, Civil War, Victorian and Gilded Age: much of what shaped our country happened on the Eastern Seaboard.  Choose one or more of the following 50 escapes to be immersed in American History. 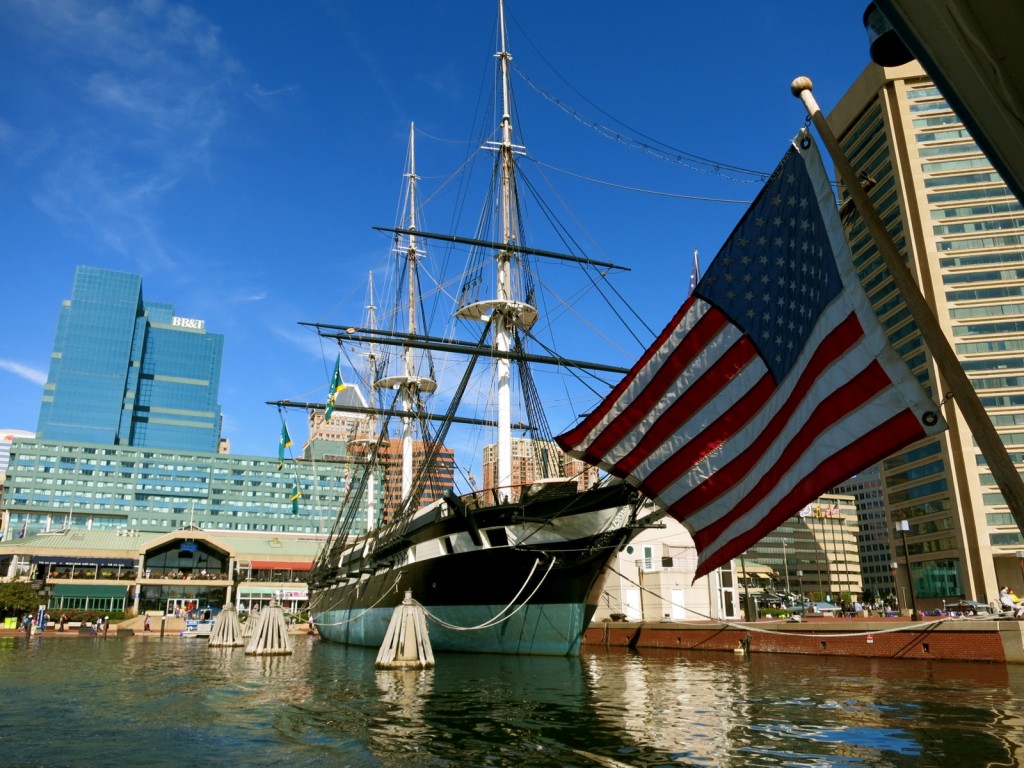 Click on each town to find the best attractions, restaurants and inns for educational and enlightening getaways, Virginia to Maine. 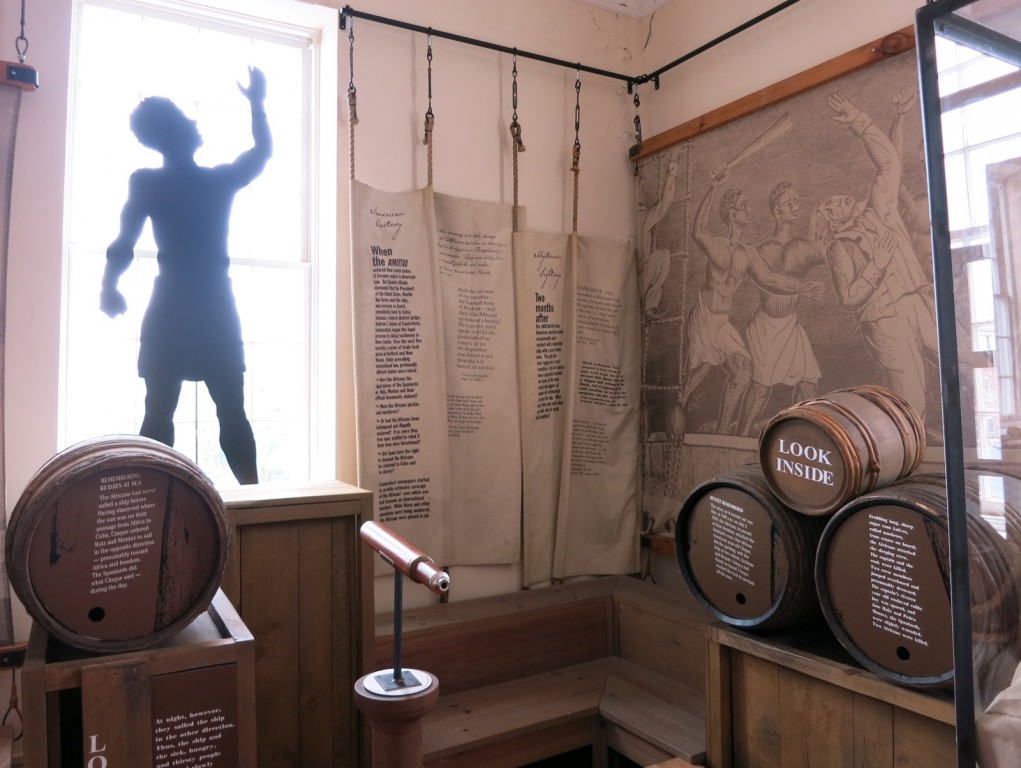 New London, a shipbuilding port during the American Revolution, was burned down by the Brits in 1781. It’s also home to the oldest continuously operating Customs House in the nation, where The Amistad was towed to after being found off the coast of Long Island, NY. 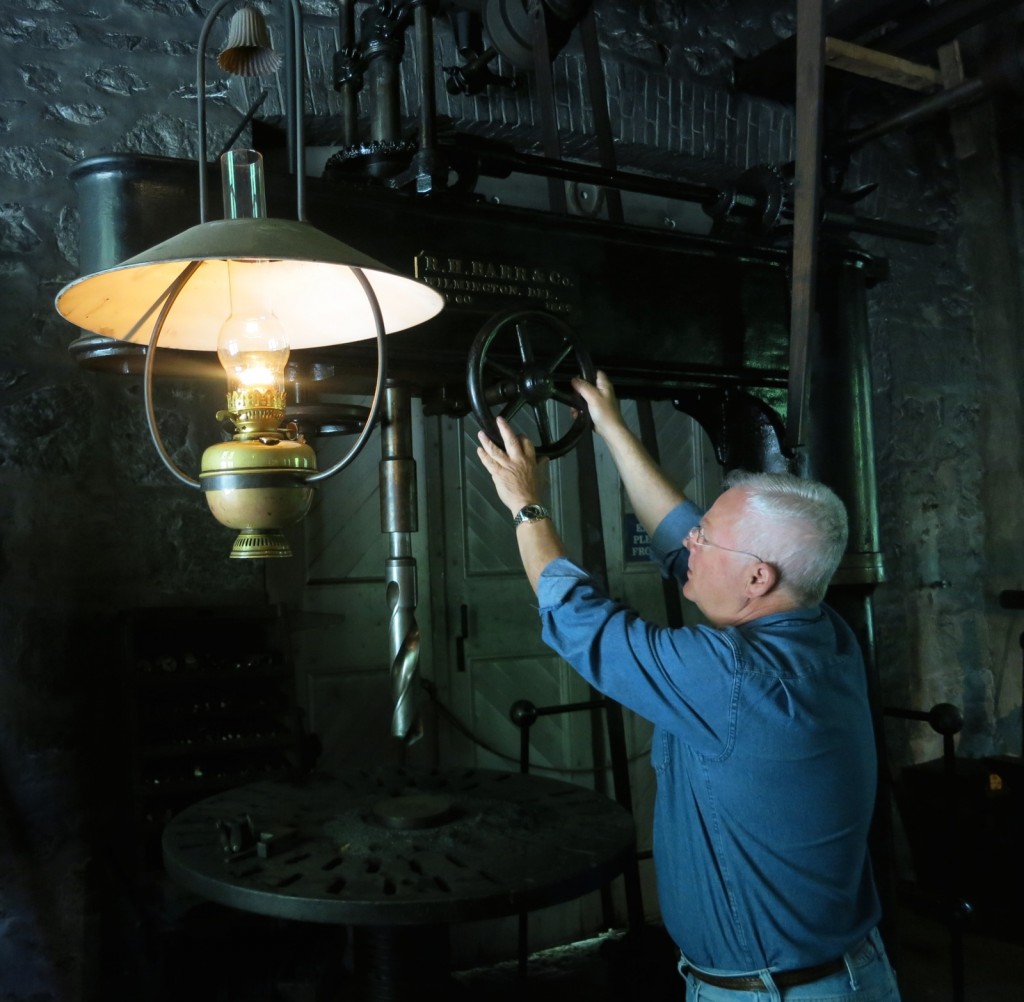 It’s all about the DuPonts here. Improving on gunpowder in the late 1700’s, this French expat family established the chemical company that still bears their name. Its dynasty of wealth still supports hospitals and cultural programs.

The “First State” to ratify the US Constitution,  home of the only Founding Father to abstain from signing the Declaration of Independence, and site of Dover Air Force Base, Delaware’s Capital City has a cornucopia of historic attractions. 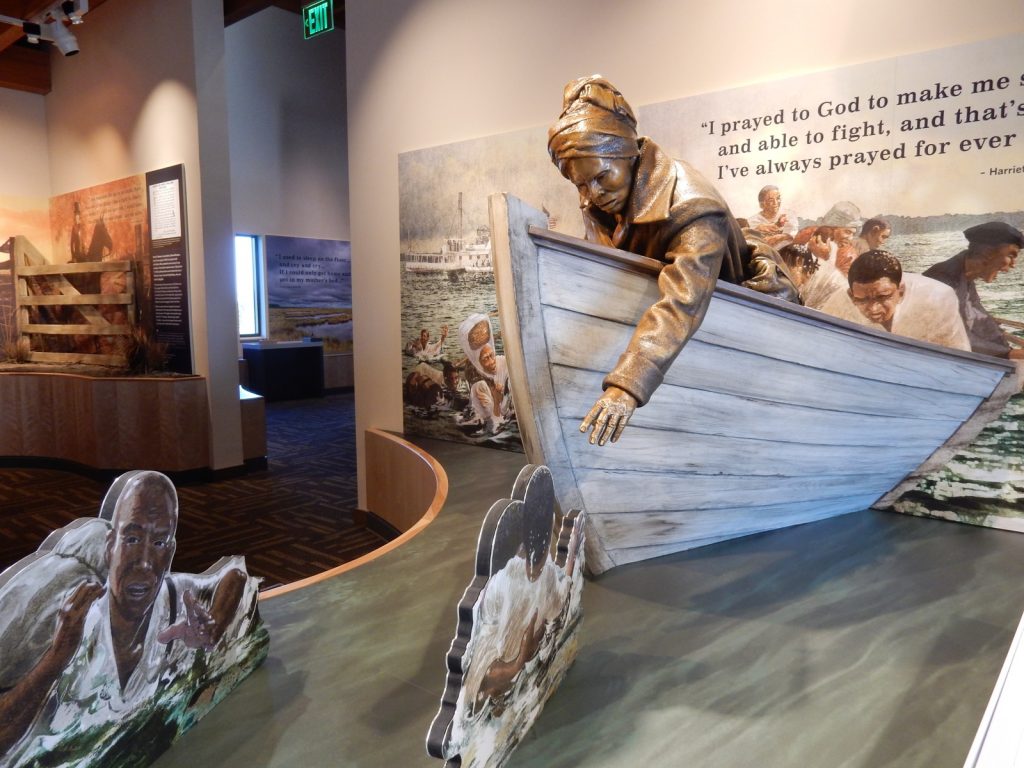 Deeply historic, St. Mary’s County drew early European settlers, most notably, a group of Catholics escaping persecution and execution in Protestant England. As Catholics were being slaughtered in England, 140 faithful arrived here in 1634. Finally free to worship as they chose, they built the first Catholic Church and settlement in Colonial America. Historic St. Mary’ City grew for sixty years, then vanished into the cornfields and was lost for 200 years. It is now one of the most exciting archeological digs in the US.

Antietam Battlefield. Bloodiest one day battle of the Civil War.

This “oldest in the nation” State House is where George Washington tendered his resignation as Commander In Chief of the US Army. Also, tour the US Naval Academy!

The excellent Chesapeake Bay Maritime Museum tells the story of this bountiful body of water.

Oh Say Can You See? Yes, you can see where our National Anthem was written.  The flag that served as muse to Francis Scott Key flew from Fort McHenry during the War of 1812.

The Pilgrim Monument stands in commemoration of the Mayflower passengers who made the voyage from England to this Land’s End community. While they didn’t settle here, some of the “Strangers and Saints” set foot first on land here to search for a water source. Finding none, they sailed on to the more protected Plymouth.

Plymouth Rock is just the beginning. 2020 marks the 400th anniversary of the Mayflower’s landing.

One if by land, two if by sea…..Paul Revere,The Old State House celebrated its 300th year anniversary in 2013. Walk the Freedom Trail to discover our country’s revolutionary stirrings.

The “Shot Heard Around the World” in Concord, and the accidental battle that preceded it by a few hours in Lexington.

Learn about “Mill Girls,” immigrant workers, and the forces of the Industrial Revolution in America. A monument to American Industry and Ingenuity, Lowell National Historical Park, in Lowell MA, 30 miles from Boston, is unlike any other U.S. National Park in that it takes up sections of a still thriving (or, as the case may be, reviving) city.

This tiny prep-school burg fleshes out stories of Colonial New England life on the fringes of civilization in the 17th and 18th centuries.

The Springfield Armory commissioned by President George Washington is a National Historic Site open for tours. Springfield is also hometown to Dr. Seuss and where the game of Basketball was invented.

Battleship Cove comprises the largest collection of WWII warships in the world. It’s also where Lizzy Borden was arrested for, but never convicted of, whacking her parents with an ax.

Known primarily for the Witch Trials, Salem is also home to the Peabody Essex Museum, one of the oldest and best all-encompassing museums in the country. 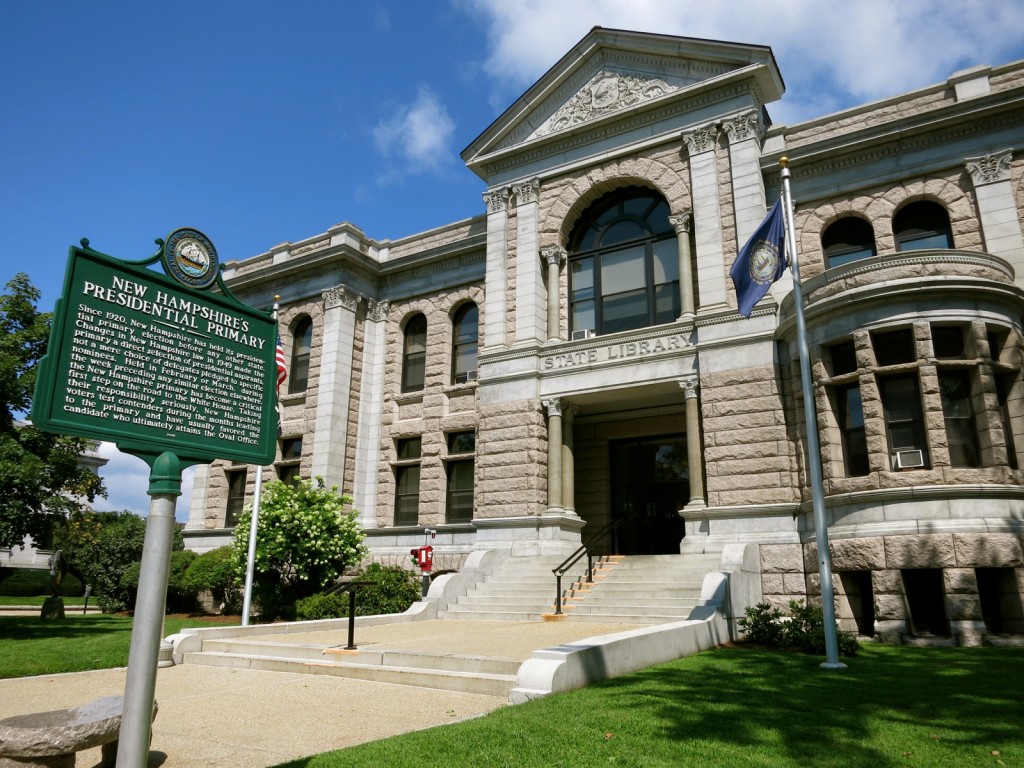 One of the many misconceptions about the Declaration of Independence and US Constitution is that they emerged from the minds of our Founding Fathers fully-fledged. This couldn’t be farther from the truth. Both were works in progress, with many reworked drafts. The American Independence Museum illuminates this better than any other historical museum.

The Strawbery Banke Living History Museum showcases Coastal New Hampshire history. With costumed docents, it’s one of the best of its kind in the country.

As Primary Central, Concord crawls with every Presidential hopeful every four years. 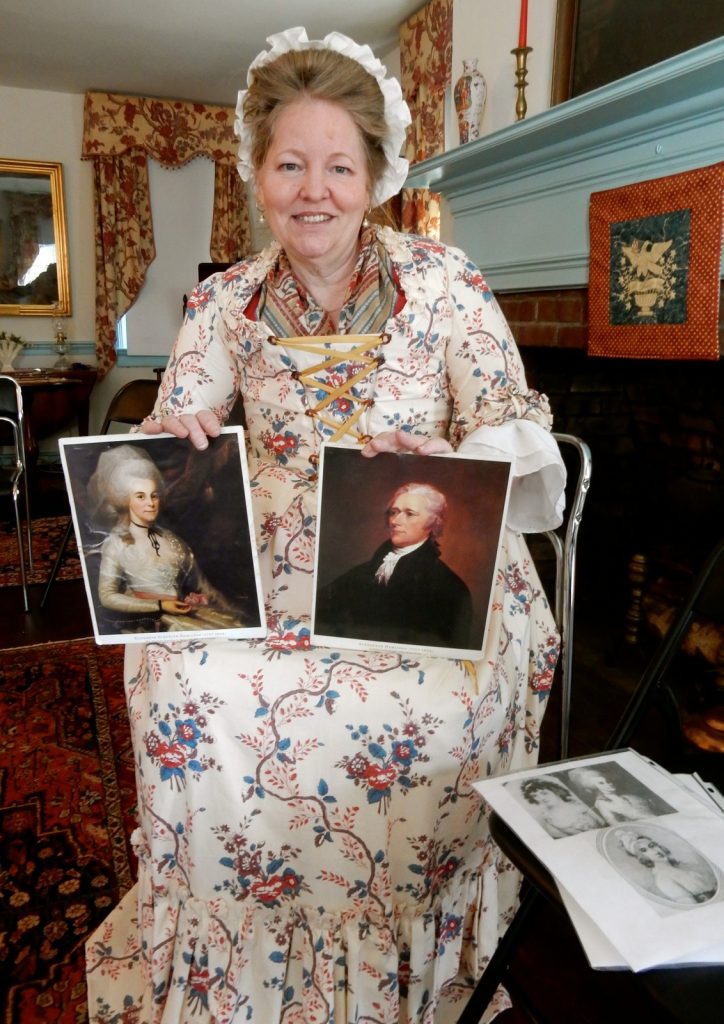 George Washington was headquartered here. And it’s where Alexander Hamilton fell in love. Plus you can explore the laboratory where Thomas Edison invented modern America at the national historical park.

Albert Einstein escaped Germany with a $5000 Nazi bounty on his head. He lived in Princeton from 1933 until his death in 1955.

Founded by the father in law of Thomas Edison in 1874, Chautauqua continues to be a summer camp for the intellectually curious.

In the mid-1800’s, Seneca Falls NY was drawing Abolitionists, Suffragists, proponents of Temperance, and other agitators. This whirlwind of evangelical fervor was so hot, this corner of Northwestern NY was known as “The burned over District.” Elizabeth Cady Stanton and Susan B. Anthony, Frederick Douglas and Harriet Tubman all lived in the area. And they spurred on movements that gained national attention.

Home to Franklin D. and Eleanore Roosevelt and Culinary Institute of America. See the bed FDR was born in and the wheelchair that the public never saw – plus a terrific new multi million dollar museum.

The Military Academy was established by Thomas Jefferson in 1802 at West Point. And yes, you can take a sanctioned bus tour. And even stay in a luxury hotel on campus. 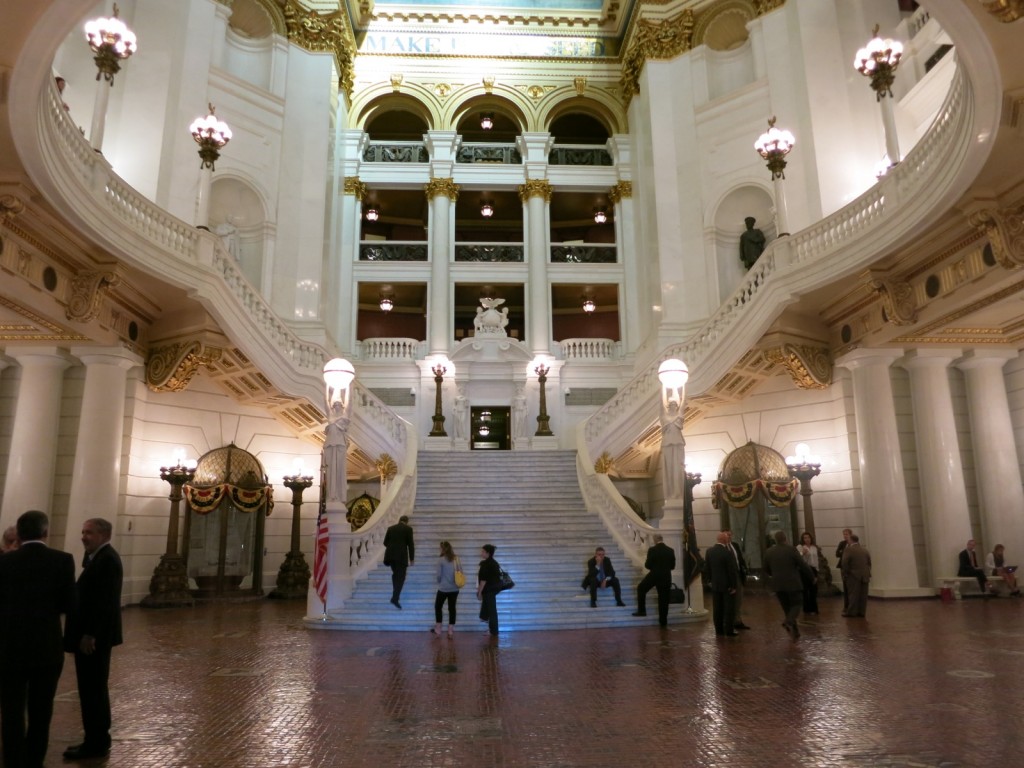 Pennsylvania arguably has the most spectacular Capitol Building in the USA. The Harrisburg-set National Civil War Museum is a can’t miss.

Find the bloody flag that cradled Abe Lincoln’s head after he was shot in this unlikely place. Milford PA was also home of Gifford Pinchot – “Father of the National Forest Service.”

Site of the most deadly flood in American history. (And fourth deadliest natural disaster of all time). Two museums interpret the event: a National Memorial at the site. And another in town.

For Railroad History fans and trainspotters – site of the engineering marvel, Horseshoe Curve.

Where the controversial Indian Industrial School was located, and the current must-see Army Heritage Center.

Philly is “philled” with historic attractions. Museum of the U.S. Constitution. Liberty Bell. Grave of Benjamin Franklin. Museum of the American Revolution. With over eighteen historic sites, Philly is the best city for learning about our country’s origins. 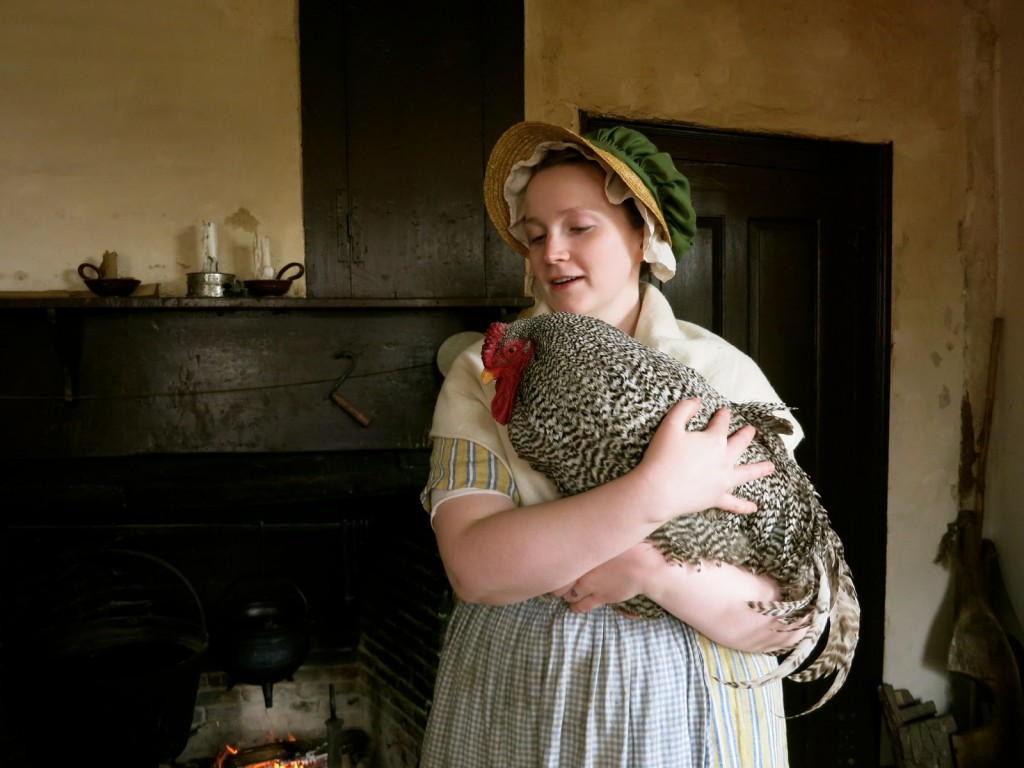 History of the Gilded Age in full force. Also – home to the Touro Synagogue, the country’s oldest, established in 1763.

Roger Williams, founder of the Rhode Island colony, defected from the Puritans, sanctioning freedom of conscience and religion. See the original State Charter in the Capitol building.

What world events influenced the Architect of the U.S. Constitution, James Madison? This Founding Father lived in Orange VA, and his home is a revelation.

The fledgling US Army effectively won the Revolutionary War when Cornwallis surrendered at Yorktown. The Yorktown’s Victory Center is among America’s best Living History Museums.

Birthplace of Country Music with the “Bristol Sessions.” Clog with other dancers at the Carter Family Fold.

During the Civil War,  town allegiance to Union and Confederate sides changed a whopping 72 times. The Old Courthouse served as a Civil War prison where you can see anti-Jefferson Davis graffiti. 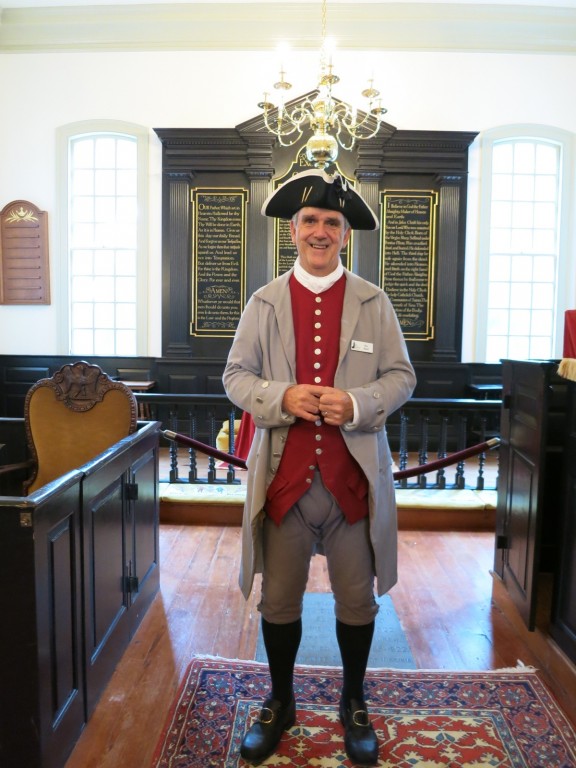 Another best of its kind in the USA, the Mariners Museum is a can’t miss attraction. The $30 Million Monitor Center highlights Civil War Ironclad warships.

First slaves brought to US here in 1619. Hampton is also home to one of country’s first African American colleges. Langly AFB was site of NASA Mercury Project.

Cemetery, Pentagon and yes, a DEA Museum showcasing the history of Drug Enforcement in the USA.

The entire town lives and breathes the colonial era, joining with Jamestown and Yorktown to form the “Historic Triangle.”

1 thought on “50 Historical Sites For The American History Buff”