Calling all literary types. You can tour the homes of famous authors – the abodes of some of the most iconic writers in America.

The Legend of Sleepy Hollow, Moby Dick, Huckleberry Finn, The House of Seven Gables, and Ethan Frome all had one thing in common. They were written by iconic American authors and poets in their homes. All of which happened to be situated in the Northeast USA.

The following ten homes of famous authors and poets are open to the public for literary tours. Each provides an intimate portrait of those writers who so informed American life. After your tour, stick around for more to do in each town or region. The Getaway Mavens show you how. 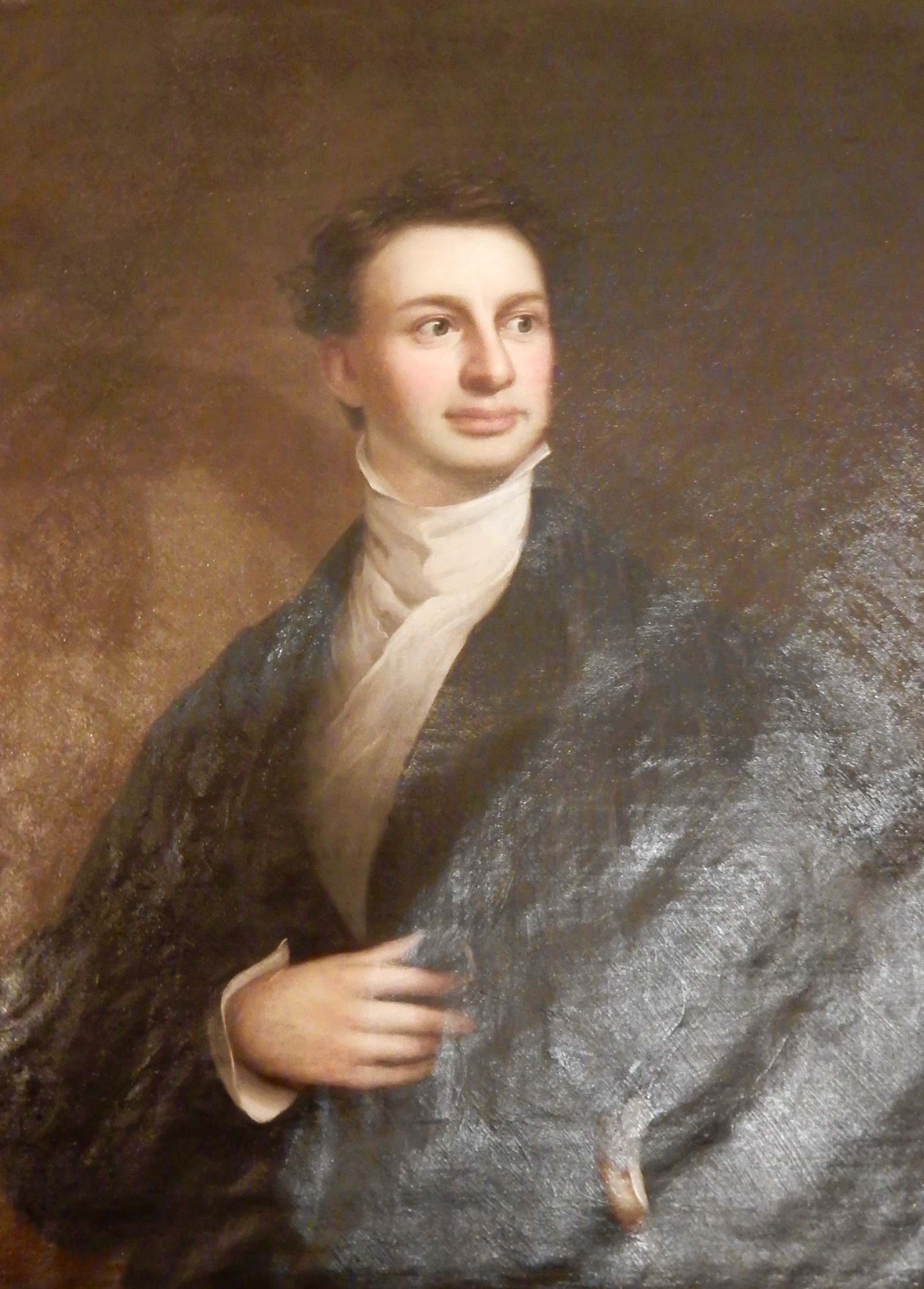 When Henry Wadsworth Longfellow’s younger sister, Anne, passed away in 1901, she left the house and all of its contents – from three generations of Wadsworth-Longfellow’s – to the Maine Historical Society. Anne stipulated that the Society’s library be built on the property. And so it was. The library still remains separate from the historic home, which you can now tour. MORE TO DO IN PORTLAND ME. 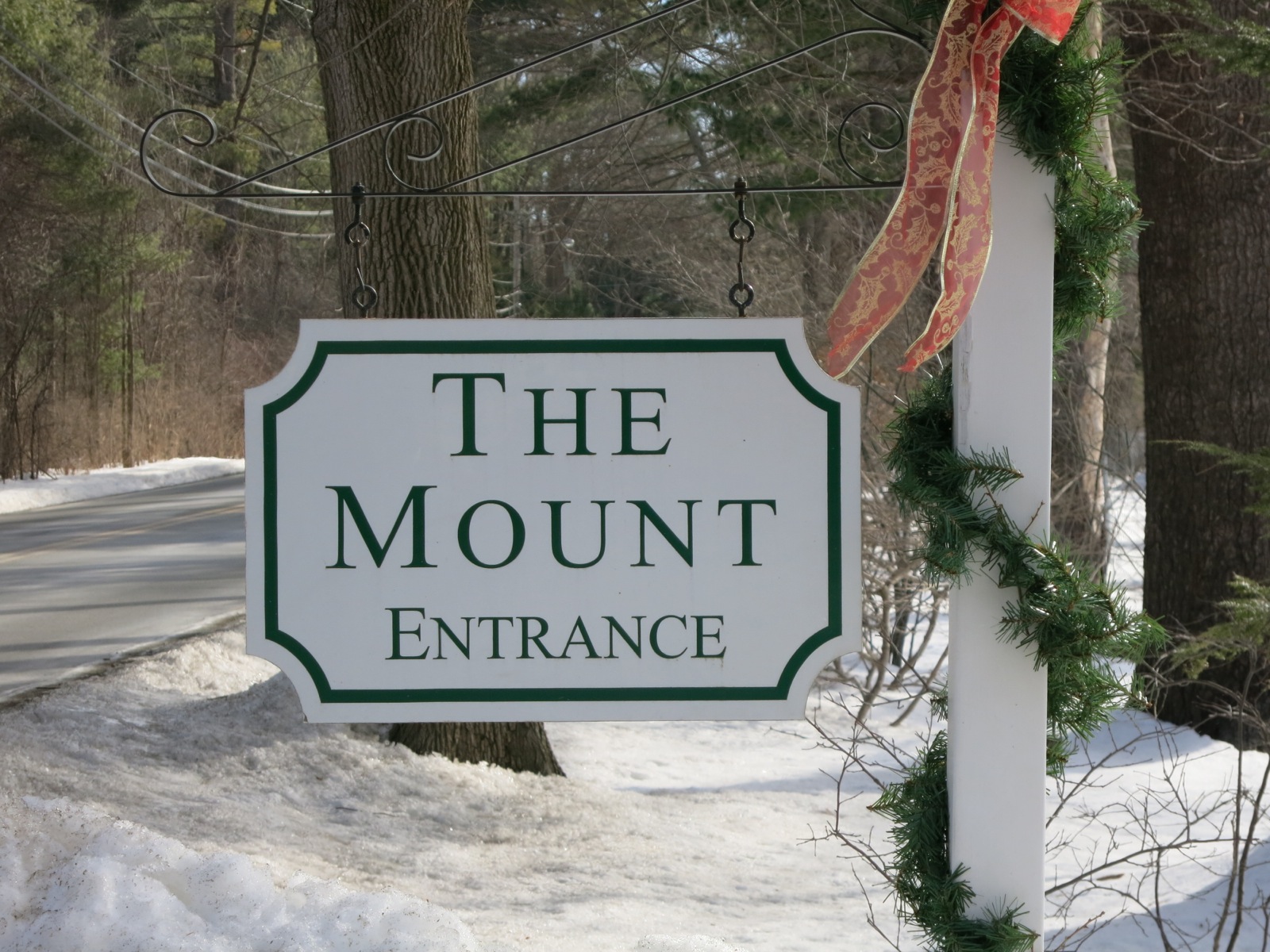 Edith Wharton, author of The Age of Innocence, Ethan Frome, and The House of Mirth, was the first woman awarded the Pulitzer Prize for fiction. This was, of course, at a time when society women were expected to marry and oversee the home. Wharton did oversee the home. Oh yes she did. The design and building of her own, The Mount, in 1902 based on the principles detailed in her influential book, The Decoration of Houses (1897). MORE TO DO IN BERKSHIRES. 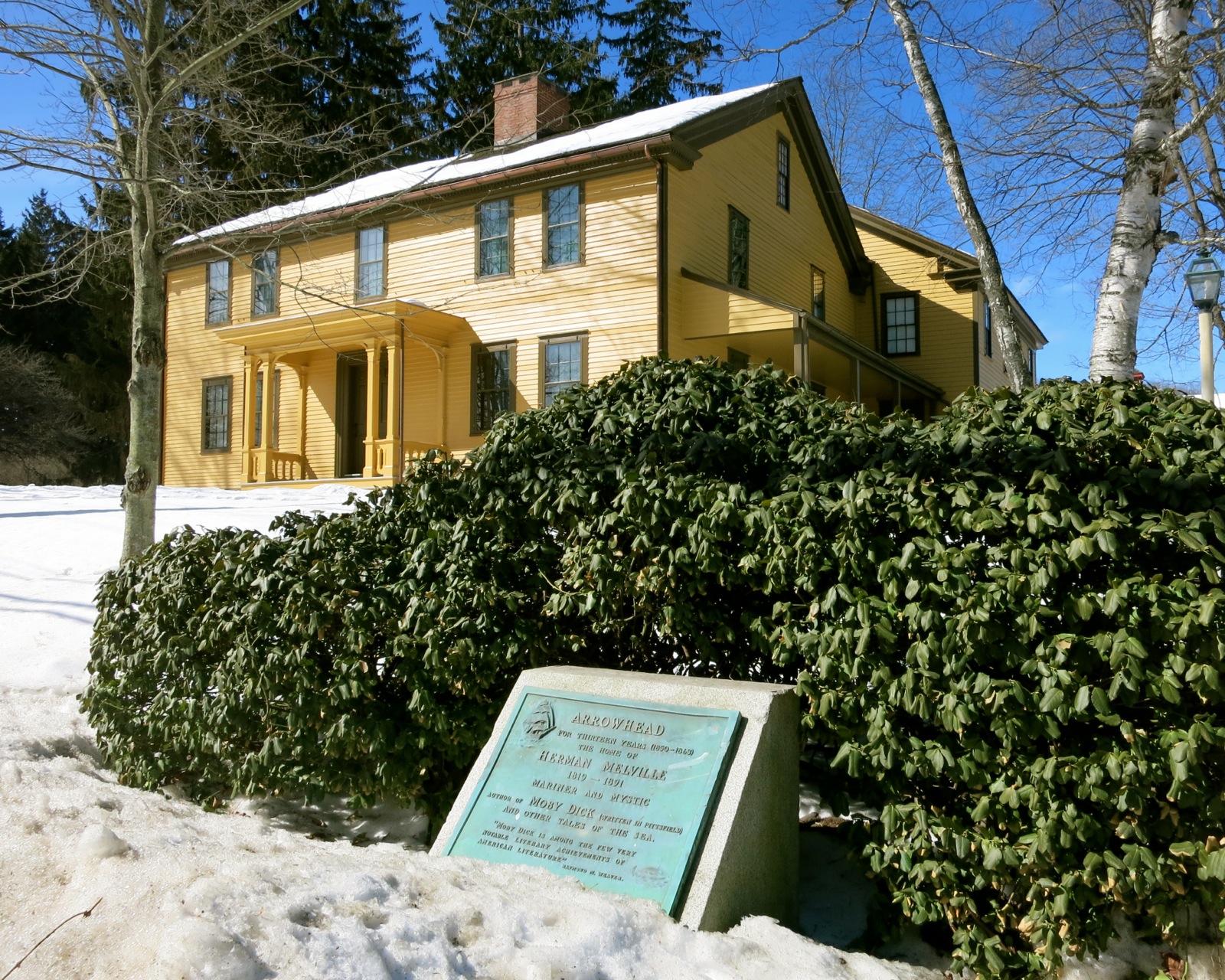 Herman Melville wrote his masterpiece, Moby Dick, and other books, while living in this small bright yellow house. It is now owned and managed by the Berkshire County Historical Society and open for tours in warmer months. MORE TO DO IN BERKSHIRES.

Nathaniel Hawthorne did not live here, but he visited his cousin who did. These visits informed his classic book, The House of the Seven Gables.  Hawthorne’s home (from birth to 4 years old) was originally down the street but transported to Seven Gables property as part of the museum complex. Kids love the secret staircase, and literary types might enjoy a bit of Hawthorne Witch Trial history. MORE TO DO IN SALEM. 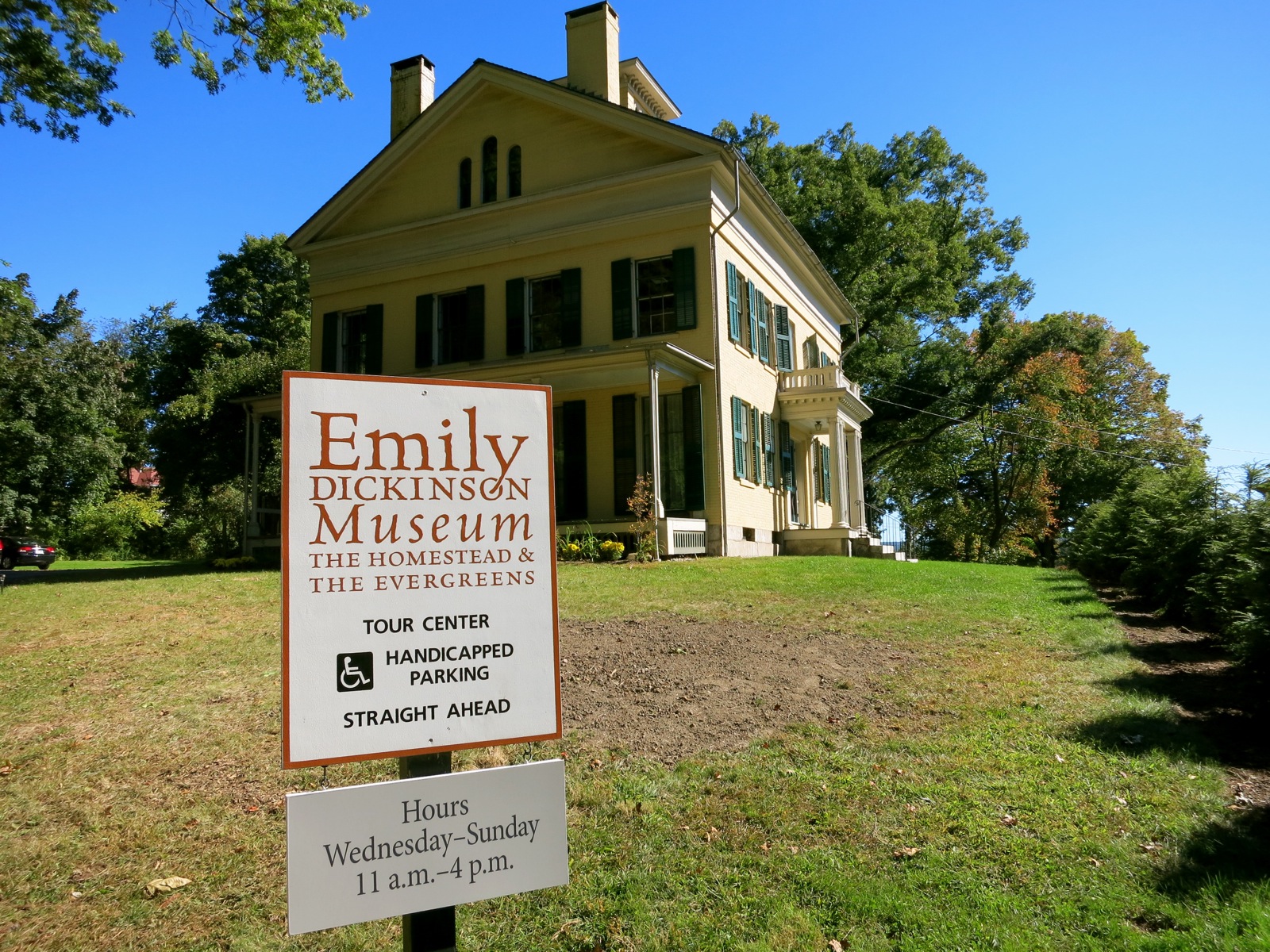 Dickinson lived most of her life (and spent most of her time) within the walls and gardens of this home in Amherst. By age she 30 expressed, “I do not cross my Father’s grounds to go to any house or town.” However, she did make short appearances in the parlor during Amherst’s “social event of the year” – the Amherst College Commencement Teas –  hosted by her father, Edward, a founder of the school. MORE TO DO IN AMHERST.

Fans of “Little Women,” published in 1868, thrill to a tour of the home where the Alcotts lived from 1858-1877. The home has remained structurally sound, and nearly 80% of the furnishings are original to the family. Check this post for more to do in Concord MA. 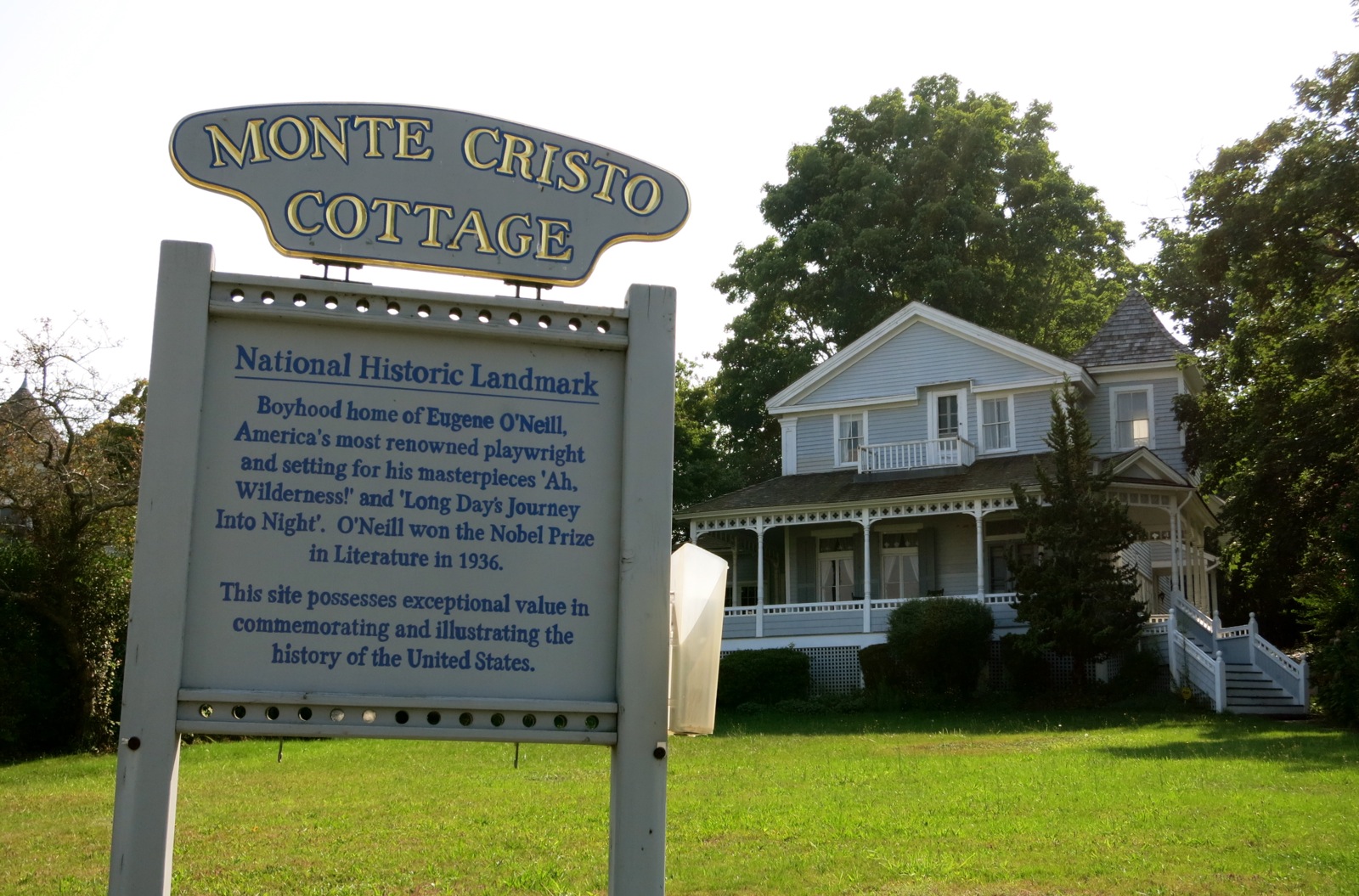 Eugene O’Neill’s father, James, purchased this home with funds earned by starring in and buying the rights to the stage version of The Count of Monte Cristo. It was also where Eugene spent his boyhood summers. Visitors familiar with one of O’Neill’s most famous plays, “Long Days Journey Into Night” will recognize the parlor, set exactly as it is on stage and screen. MORE TO DO IN NEW LONDON. 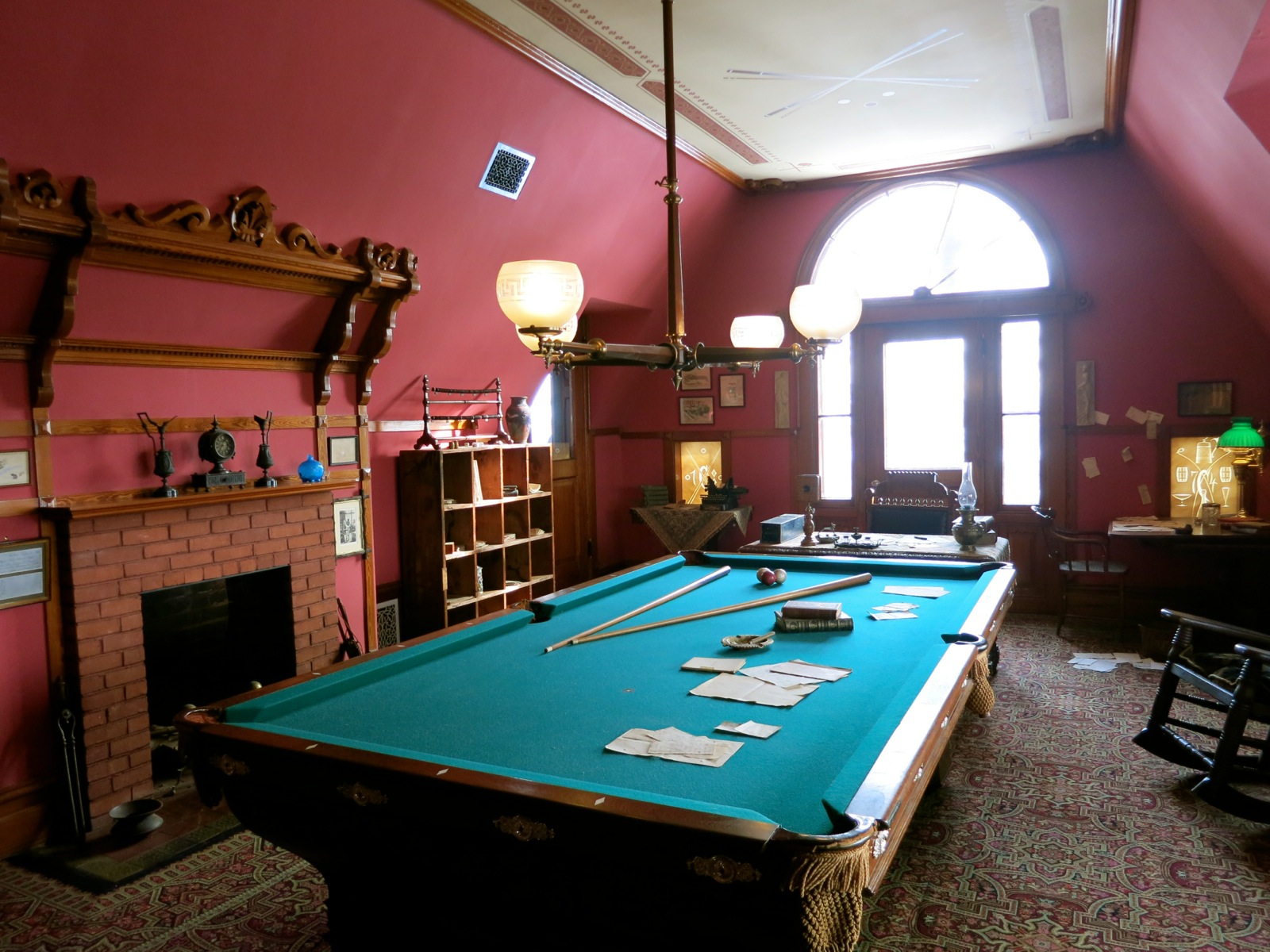 While living here from 1874-1891, Twain wrote most of his best known books: Tom Sawyer, Huckleberry Finn, The Prince and the Pauper, A Connecticut Yankee in King Arthur’s Court, and several others. A tour of the 11,500 square foot home takes you through many of the 25 rooms. Along the way, learn about the joys and tragedies in Twain’s life. Plus, why he might have been considered Best Dad Ever to his three beloved daughters. Wife, Olivia, nicknamed Twain, “Youth,” because he always acted like a kid. Twain called his darling wife “Gravity,” as she kept his feet on the ground. Click Here for MORE TO DO IN HARTFORD. 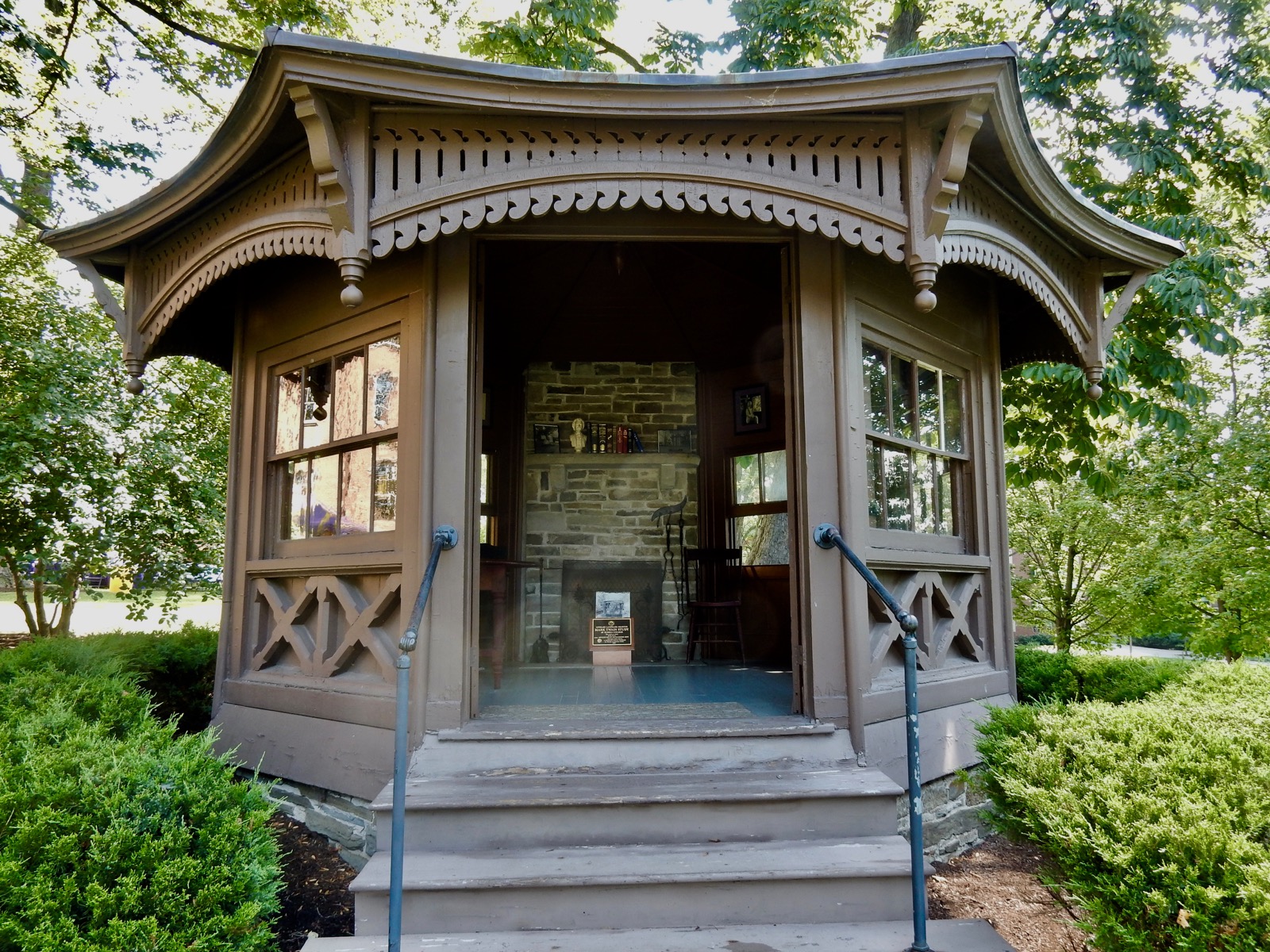 Mark Twain Study- on the campus of Elmira College, Elmira NY (Not Exactly One of the Homes of Famous Authors -but close).

Step right in the place where America’s best humor writer and social critic did much of his thinking, writing, and cigar smoking. In fact, Twain wrote much of his Adventures of Tom Sawyer and Adventures of Huckleberry Finn, in this gazebo-like study on the campus of Elmira College. Twain’s in-laws built this structure so he could write and smoke his cigars while visiting them. It was moved to this college campus after the writer’s death. MORE TO DO IN ELMIRA. 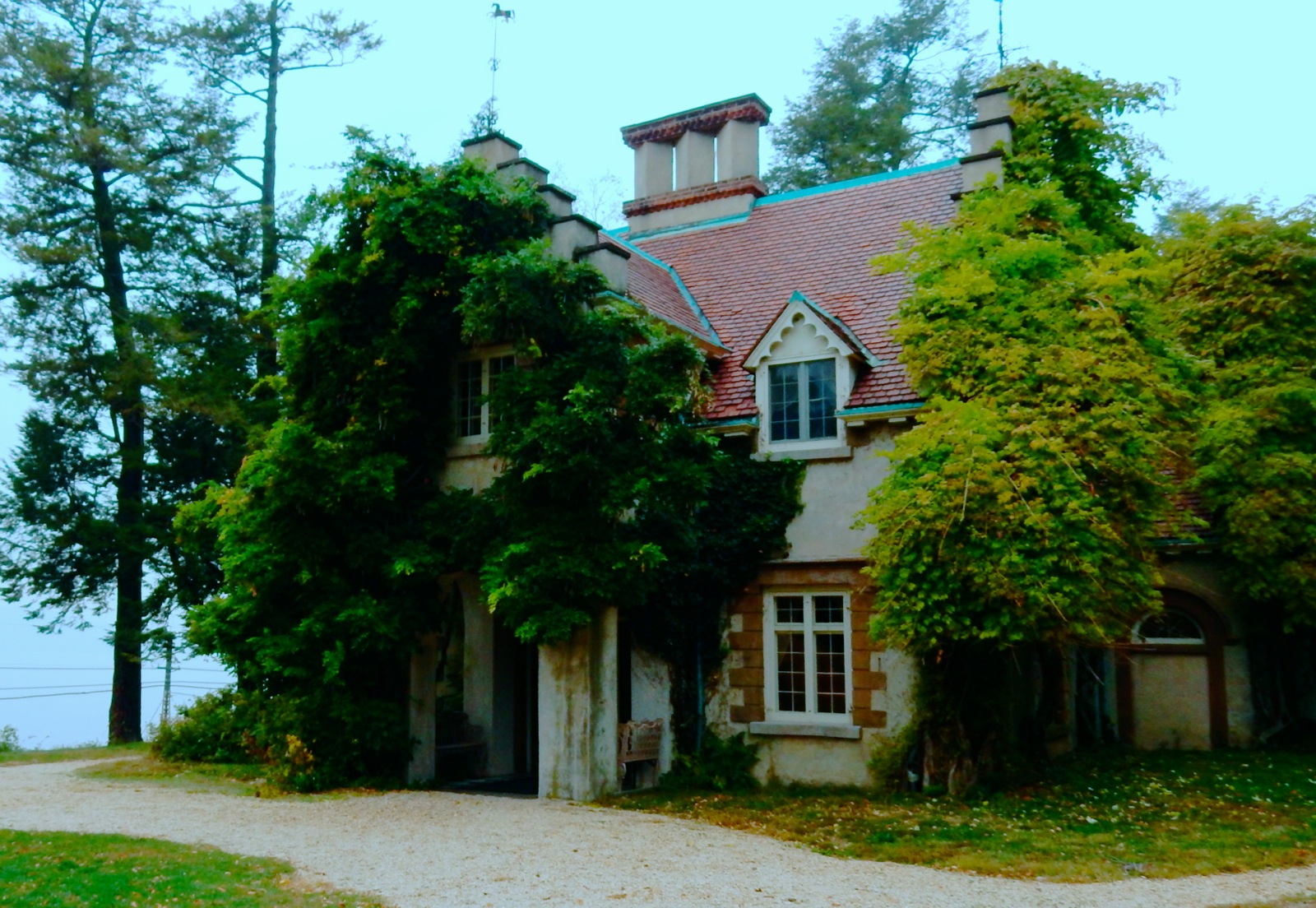 Washington Irving, named after our nation’s first president, was born in New York City and lived in England as a young man. He was the first American writer “celebrity,” and the first to make a living completely from his books. These, of course, included the iconic Legend of Sleepy Hollow and Rip Van Winkle.  Sunnyside was the only home that the author, then in his mid-40’s, ever owned. Called “America’s Cottage” by the press, the house became almost as famous as Irving was. With its ivy-wreathed portico and gingerbread hued exterior, “The Snuggery,” as Irving called it, puts one in mind of a fairy-tale cottage. Costumed docents lead you through the home and property where Irving lived out the last years of his life. MORE TO DO IN TARRYTOWN.