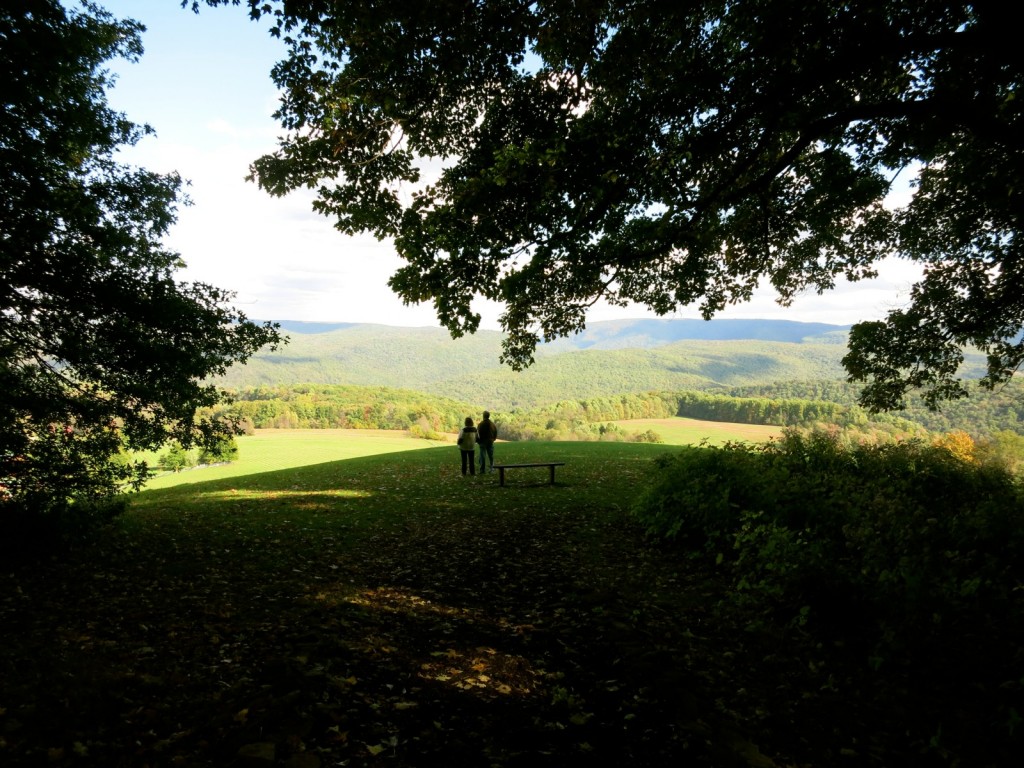 WHY GO: The Laurel Highlands region of Western PA, about an hour southeast of Pittsburgh, is so spectacular, it proved the ideal setting for several Frank Lloyd Wright masterpieces.

It’s also where you’ll find the hometown of both “Mr. Rogers” and Arnold Palmer (Latrobe), a small town Art Museum that won a major Architectural Design award, a “Truman-Show-”perfect small town, fantastic whitewater rafting, and one of the most unusual yet luxurious resorts so quirky, it could serve as Poster Child for the offbeat Getaway Mavens.

Encompassing 3,000 square miles from PA’s highest mountains (3,213 ft) to the deepest river gorge (Youghiongheny River), The Laurel Highlands, touted as “Pittsburgh’s playground,” doesn’t have to shout out its many merits. Go, and you’ll be literally and figuratively swept away.

What To Do in The Laurel Highlands, PA

Take the “Behind the Scenes Tour” of this weekend home, designed by legendary architect, Frank Lloyd Wright for Pittsburgh department store magnate, Edgar Kaufman and his family. Built between 1936 and ’37, this was Wright’s mid-career masterpiece; a composition of stone, wood, and glass cantilevered over cascading water.

Features of Fallingwater are both practical and whimsical. There’s soap-on-a-rope by the stream-fed fountain at the front door, a glass hatch in the living room that opens onto a staircase descending to the river beneath the home, couches built into the walls (“hanging in the air”) to mimic cantilevered sections of the home, and corner windows that open completely to create an illusion of outdoors inside (a Wright signature).

Edgar and Liliane Kaufman’s only son donated the home to the Western Pennsylvania Conservancy in 1963, when it was opened to the public. Since then, over five million people have visited this mountain treasure.

Guests are asked not to carry any large bags onto the property. Cell phones must be turned off.  Video cameras not allowed. The extended tour takes you to secondary rooms and up to the staff’s quarters. Open April-November daily, March and December weekends. $25 for regular tour, $72 in-depth tour. Check website for tour times.

Built in 1956, this was one of Frank Lloyd Wright’s later commissions. It’s been open to the public only since 1996. I.N. and Bernardine Hagan (of Hagan Ice-Cream fame) were friends of the Kaufman’s (who owned Fallingwater).

They wanted a similar, but smaller, home nearby. Before each project, Wright sized up his clients as “perchers” or “nesters.” Apparently, the Hagans were perchers. Up on a ridge, views from the windows and balconies are outstanding.

Bernardine Hagan lived to be a hundred years old, and spent her last 28 years at Kentuck. In 1986, Lord Peter Palumbo purchased this 2,200 sq. ft. vacation home for $600,000, and opened it to the public ten years later.

Take the 90-minute in-depth tour that begins at a small Visitor’s Center. A van takes you uphill where you’re dropped off at the front door. Before walking inside, look for Wright’s bright red signature FLW tile.

Wright designed Kentuck Knob on a hexagonal grid, and you’ll see this distinctive form repeated throughout the home. The bright yellow dining room is drenched in sunlight through windows and hexagonal skylights. And, just steps outside, the shape repeats through overhang cutouts along the long patio.

Bedrooms in the home are small but ingenious, with storage cubbies and furniture that Wright designed to fit into odd angles. Don’t leave the property without a taste of Hagan ice-cream, which is still sold in the Visitor Center and still quite the treat. Tours March-October daily 9-5, Wed 12-5. November 10-4, Dec. Fri-Sun 10-10. Closed Jan-Early March. 45 minute tours $22, In Depth tours $60.50. 2-hour brunch in Mrs. Hagan’s Art Room plus tour, $110.

This small county art museum, dedicated to American art from 1750 to the current day, is a revelation: mostly because it takes the simple act of art appreciation and meditation seriously.

It also acknowledges that rather than being passive, the very act of gazing at a piece of art is interactive and immersive. To that end, the Westmoreland Museum is stocked with mobile chairs stamped with – “move me to your favorite spot, then sit and stare for awhile.” Plus, it’s the only museum I’ve ever been to that keeps yoga mats in its galleries – available to “relax, meditate, and see art in a different way.”

Sit and Zen Out

Why is this world-class museum, named by Architectural Digest as the Best Designed Museum in Pennsylvania, located in a small (pop 35,000) western PA town? Art lover, Mary Marchand Woods, bequeathed her entire estate in 1949 to establish the institution that would become the Art Museum ten years later. So, the grateful community has supported it ever since.

The last expansion, in 2015, added a beautiful Silver LEDE glass-enclosed entrance and gallery. Exhibits on three floors include a Tiffany window, the works of Mary Cassatt, Milton Avery, and other well-known artists.

The Romanticism movement in Europe heavily influenced American art in our country’s early years, as a painting by Benjamin West attests. The center salon-style gallery, with some of these romantic renderings, focuses on the landscapes and cityscapes of southwestern PA.

One piece – a contemporary sculpture by Vanessa German called “Parade to Baptism,” stopped me cold. A bold statement of the Black Experience in America for sure. If I’d had more time, I would have brought the sit and stare chair over to study it more carefully. Open Wednesday – Sunday, 10am -5pm,  free.

Hometown of “Mr. (Fred) Rogers” and Arnold Palmer, and the Birthplace of the Banana Split in 1903, Latrobe is also where, on the grounds of Saint Vincent College, you’ll find the oldest Benedictine Monastery and the largest Benedictine Basilica in the USA. St. Vincent College owns one of the first printings of the Canterbury Tales and, unexpectedly, serves as the Pittsburgh Steelers summer training camp.

Established in the mid-1800’s, when western PA was still wilderness, some 200 Benedictine Monks still live, teach, and practice at this campus-based Archabbey Church.

It’s no surprise that in these divisive times a movie documentary about the quiet, compassionate, “Mr. Rogers” became a smash hit. Or that Tom Hanks played the man who, on 900 episodes of Mr. Roger’s Neighborhood, confronted the ills of our time with kindness and love.

An ordained minister, Fred Rogers considered his television show to be his ministry, leading one reviewer to write, “Mr. Rogers Neighborhood makes us feel safe, cared for, and valued. Wherever Mr. Rogers is, so is sanctuary.”

The Fred Rogers Center was the prime resource for both the Documentary, and the major motion picture. (Yes, Tom Hanks spent time here doing research). It also features a small museum that displays Rogers’ four different colored sweaters – knitted by his mother. (Rogers alternated these sweaters every day and couldn’t differentiate due to his red-green color blindness). You’ll also see puppets used on the show, plenty of photos, and quotes by Rogers and others about him. Fred Rogers died in 2003. He was, as many said, “an island of peace.” We sure could use him now.

Golf fans most likely saw the interior of this Basilica, as it hosted the funeral of golf-great, Arnold Palmer (who was not Catholic, but had strong connections here), which was broadcast on sports tv shows. (Palmer was cremated, and his ashes spread over his golf cart). The Church is stunning, and a worthwhile stop while on campus. 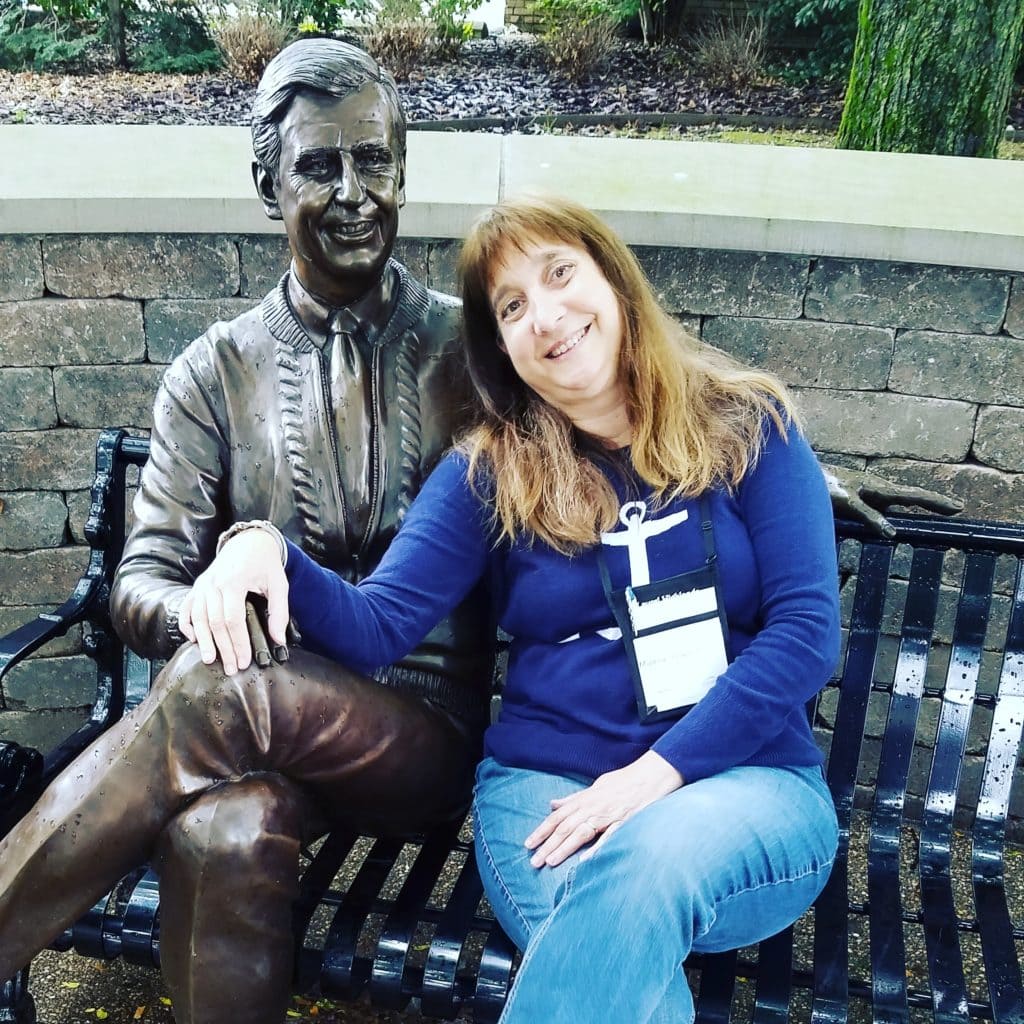 Come sit a spell next to “Mr. Rogers” at this pocket park in the center of town. He’s more than happy to take a picture with you.

Take a wild 5-hour trip on the Lower Yough River – a 7.5-mile stretch of Class III and IV whitewater or the calmer Middle Yough through Wilderness Voyageurs. ($30-$110 pp depending on day, guide and length of time).

It’s a tiny town that puts one in mind of the hit movies, The Truman Show or Pleasantville. Downtown Ligonier – a “Brigadoon” like square – is as Hollywood-perfect as a downtown gets. Locals walk their dogs, stop and chat, window shop outside family owned stores. It’s achingly old school, yet what we all yearn for deep down.

Interestingly, Ligonier, at the westernmost boundary of the British Colonies, was also the site of one of our country’s forgotten conflicts: the French and Indian War. Fort Ligonier was one of many forts built every fifty miles or so by the British in the 1750’s, as they expanded westward.

In 1758, French troops and Native Americans on the frontier attacked Fort Ligonier, as the French-controlled colonies pushed eastward. George Washington arrived here late October to fight for the British as a young officer, and stayed only two weeks.

What now stands as Fort Ligonier is a reconstruction, built on the fort’s original footprint. The highly engaging Visitor’s Center houses a comprehensive collection of 1758 artifacts, including several invaluable objects.

Documents in Washington’s own hand reflect on his time in Western PA. There’s a pair of his engraved saddle pistols – a gift from Marquis de Lafayette, a portrait of Washington by Rembrandt Peale, depicting the young Virginian as he might have looked in 1758, and plenty of other items uncovered here during an archeological dig.

Yes, there is a Big Mac Museum. It’s on your way from the Laurel Highlands to Pittsburg just off Route 30 in North Huntington, next door to a Bob Evans and Auto Supermarket. This random, still operating McDonalds, is a paean to Jim Delligatti, who came up with “two all beef patties special sauce pickles onions on a sesame seed bun,” in 1963. After 51 years, the Big Mac remains “the most popular sandwich on the planet” and a McDonald’s staple.

Prices at this mid-Century Modern designed restaurant are what you’d expect for one of Pennsylvania’s finest restaurants. Dishes, from House Made Gnocchi ($30) to 8 oz Filet Mignon ($52) are exemplary.  Cuisine at Aqueous certainly rises to the level of its Five Diamond rated host hotel.

Highlighting the best of Namacolin’s 25,000-bottle wine cellar (21,000 stocked right now), you can dine on contemporary, lighter French cuisine beneath the lithographs of famous French artists including Henri Toulouse Lautrec. Exceptional dining all around, Lautrec has been awarded Five Stars by both Forbes and AAA. $115pp for 4-course tasting menu, $215 with paired wine.

EAT/LIGONIER: The Kitchen on Main

Towns in the Laurel Highlands are attracting foodies and the chefs who cater to them. Exhibit A in Ligonier – Chef Josh Fryer’s open-kitchen upscale “diner,” named, appropriately enough – The Kitchen.

The tin ceiling was preserved in this former grocery store, lending a Victorian-mod air to the place. Sit at the counter and watch the action; Pepper Crusted Scottish Salmon, Rack of Lamb, and the amazing Roast Corn Bisque are just a few of the must-order signatures from chefs bustling in-plain-view.

The town’s best-known restaurant for sure, Disalvos operates out of the former train station. Its entrance sits beneath the tracks, through a tunnel and into the former cobblestone train yard (now enclosed). Dine on good, traditional Italian food in either formal dining rooms or in a train car, while passing trains rumble by overhead. Owners and staff are the friendly sort you don’t see much of these days.

Where to Stay in the Laurel Highlands

STAY/TOUR: Nemacolin Woodlands Resort. This luxury resort is a Maven Favorite, that warrants its own review.

Rooms in this in-town brick mansion are surprisingly attractive – renovated in craftsman-20’s style with modern twist. Two blocks from the square, otherwise known as the “Diamond,” Thistledown used to be a surgical outpatient center. Don’t judge the place by the lobby alone – which is marked by a yarn shop and cute coffee shop. The beauty and luxury can be found in the rooms upstairs – styled in a mesh of 20’s and Craftsmen furniture and pallet.

Tidy rooms in rusts and off-whites feature contemporary floral-embossed bedding, rug-covered hardwood floors, stone gas fireplaces, mirrored bed-tables and lamps. It’s certainly not your grandma’s doily B&B. Baths vary in size, but can be small. Even the smallest ones, though, gleam in white subway tile walls and octagonal mosaic floor, with glass rain shower. Adorable. Parking and wi-fi are free. And that little café will serve you breakfast in the morning – complimentary. Rates $150-$275 includes hot breakfast. 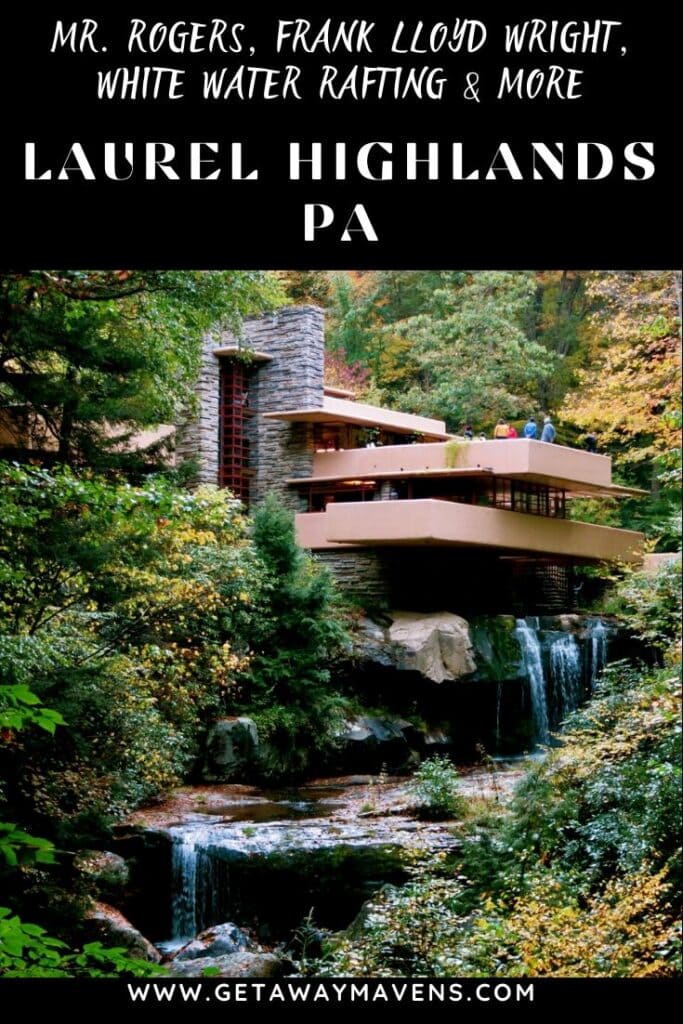