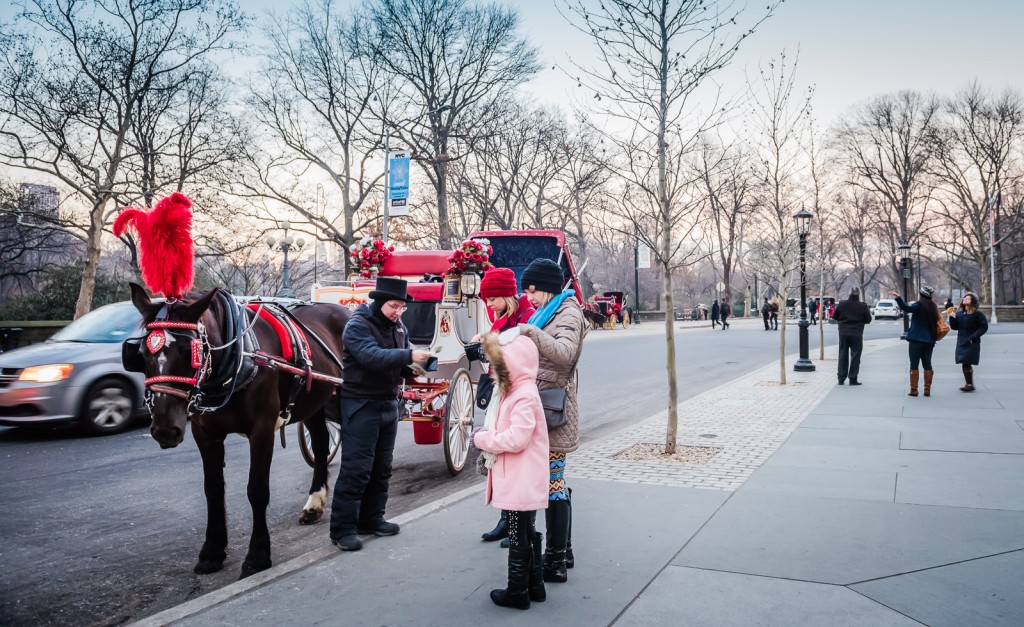 Whether you’re into romance (You’ve Got Mail, When Harry Met Sally), comedy (Friends, Seinfeld, Marvelous Mrs. Maisel), Superheroes (Batman, Superman), and more, there’s no questions that some of the best TV shows and movies were filmed in NYC. Hollywood may claim star status, but in its infancy, the center of the “Moving Pictures” universe was New York City – Astoria, Queens to be exact.

If you’d like to experience New York City through the lens of your favorite TV or movie characters, the list below, provided by the ultimate NYC website, NYCGo.com, will guide you to the parks, restaurants, and addresses you will certainly recognize from the screen. (For more “On Location Tours” – refer to this page on New York City and Co. website.)

For a much deeper dive into Seinfeld, I can personally attest to the fun you’ll have on a three hour bus tour with the “Original Kramer,” Kenny. Kenny Kramer lived next door to Larry David in New York, and was the inspiration for his character on Seinfeld. Kenny runs his Kramer Reality Tour every Saturday in season, which generally sells out months ahead, so plan accordingly. (On temporary hiatus due to Covid-19, the Reality Tour will resume when it’s safe to do so).

Thirty years later, you can still have what Sally was having at Katz’s Delicatessen on the Lower East Side, double date at the Upper West Side’s Café Luxembourg, and enjoy the beautiful scenery of Washington Square Park, where Sally first tells Harry to “have a nice life” at the beginning of the film.

Relive this ’90s romance at sites of important scenes such as Café Lalo on the Upper West Side, “The Most Famous Café in the City”; Zabar’s, the great local market where Joe saves Kathleen’s Thanksgiving; and the 91st Street Garden in Riverside Park where the film concludes as the pair realize their feelings for each another.

While the film’s famous battle of New York included scenes all over the City, most of the action takes place in Midtown Manhattan. Captain America, Iron Man, Thor, Black Widow and Hawkeye first meet the alien attackers in front of Grand Central Terminal, while Stark Tower is a couple of blocks west at 4 Times Square, formally the Condé Nast Building. In the end, Hulk defeats Loki for good, with Manhattan still standing, in front of the historic Chrysler Building before Thor beams him back to Asgard for trial from Bethesda Terrace in Central Park.

The masked hero that earned NYC the nickname “Gotham” has been portrayed in areas throughout the City for more than 80 years. With his Wayne Enterprises headquartered at One Liberty Plaza, just a block from the World Trade Center in Lower Manhattan, Batman defeats Bane in the final fight scene of the Dark Knighttrilogy on the steps of the New York Stock Exchange while the Queensboro,Brooklyn and Williamsburg bridges also play prominent roles in the film.

Your friendly neighborhood Spiderman has made harrowing rescues all over NYC over the years. In the original Spiderman film, Peter Parker saves love interest Mary Jane from the Green Goblin in Times Square before defeating the villain on Roosevelt Island. Other high-flying fights in the films take place at the Empire State Building, Statue of Liberty and Ellis Island.

Films Showing the Lighter Side of Ghosts, Aliens, and Thieves

The 1984 paranormal film has found new life in New York City thanks to the Ghostbusters Experience at Madame Tussauds New York in Times Square where visitors can fight ghosts through a hyperreality experience. In addition, the functioning firehouse Hook & Ladder Company 8 (Ghostbusters headquarters), Spook Central (55 Central Park West) and The New York Public Library – Stephen A. Schwarzman Building are film locations that can be visited.

Agent K and Agent J fight aliens all over the five boroughs in this action-packed trilogy. In two of the most prominent scenes, Agent J chases and captures the first alien he encounters on the job in the Guggenheim Museum on the Upper East Side, and the agents save the galaxy in Corona Park, Queens, after thwarting a hidden spaceship that lived atop the World’s Fair site for years.

In addition to the Costume Institute Gala at The Met, targeted by the crew in the film and featuring “Camp: Notes on Fashion” this May, several prominent NYC landmarks are featured in the latest installment of the Ocean’s franchise. The TWA Flight Center at JFK, soon to be the TWA Hotel (opening May 15), houses the fashion show where Debbie Ocean and crew recruit an integral teammate; the Cartier Mansion guards the necklace they are after; and a Bushwick, Brooklyn, loft acts as the team’s headquarters.

NYC Filming For the Sitcom Lover

While Friends was primarily filmed in a studio, the West Village apartment where Rachel, Monica, Joey, Phoebe, Ross and Chandler live and hang out is a real building on the corner of Bedford and Grove Streets. At its street level, you will find Mediterranean restaurant The Little Owl in the same space as the Central Perk café where Rachel works and Phoebe famously performs “Smelly Cat.” Additionally, the neighborhood houses a number of prominent Off-Broadway theaters including The Lucille Lortel Theatre, where aspiring actor Joey performs in the show’s earlier seasons.

How I Met Your Mother

While retracing Ted’s 11-season search for his wife, be sure to grab a drink at McGee’s, the Midtown Manhattan bar that inspired the gang’s go-to spot, MacLarens; try what Marshall declares to be the best burger in NYC at ‘21’ Club; tour the Columbia University campus where Ted (unwittingly) first meets his wife; and have a legen…wait for it…dary time at NYC icons featured in the series, such as the American Museum of Natural History and Empire State Building.

The iconic address of the studio where Liz Lemon, Jack Donaghy, Jenna Maroney and Kenneth Parcell make the sketch comedy show TGS with Tracy Jordan is the actual home of NBC Studios. The Tour at NBC Studios offers a behind-the-scenes look at 30 Rockefeller Plaza, including Saturday Night Live, the source of showrunner Tina Fey’s inspiration for the beloved comedy.

Contrary to Jerry and friends’ experiences, nobody will yell, “No soup for you!” at The Original Soupman on West 55th Street in Midtown or at the eatery’s kiosk in Times Square. Meanwhile, Morningside Heights’ Tom’s Restaurant (Monk’s Diner) has all the great no-fuss comfort food and 75-cent coffee the cast enjoyed on-screen. Finally, Gray’s Papaya really does have some of the best hot dogs in the City—“better than filet mignon!” if you ask Kramer.

NYC Filming for a Girlfriend Getaway

Get a load of 1950’s Manhattan, and Midge Maisel’s favorite haunts, in this private (2-3 person) antique car tour. Developed during the Covid-19 pandemic, it’s one of the safest NYC TV show tours going.

Sex and the City

New York City has often been said to be the series’ fifth character, and fans can get retail therapy at the Greenwich Village boutiques Carrie and friends frequented, snack on cupcakes at Magnolia Bakery, walk with a loved one to the middle of the Brooklyn Bridge, and do your best to catch a foul ball (and a date) at a New YorkYankees game—to live like Carrie and the girls.

On Manhattan’s Upper East Side, visitors can climb the steps of The Met Fifth Avenue, where Blair and company famously held lunch breaks, before heading further uptown to the Museum of the City of New York, filmed as the Constance Billard and St. Jude Schools. After getting spotted at these elite schools, you can check out the home of Chuck Bass and the Van der Woodsen family at the Lotte New York Palace, just five blocks north of Grand Central Terminal, where Serena makes her dramatic entrance to the show in season 1.

See where Hannah, Marnie, Jessa and Shoshanna try to navigate their early 20s. In Greenpoint, Brooklyn, enjoy a latte at Café Grumpy, the real coffee shop that is fictionally managed by Ray and frequented by the girls, and venture to Manhattan to see when the story begins as Hannah’s parents tell her they will no longer financially support her, at Murals on 54 restaurant.