WHY GO: Valley Forge was the third of eight Winter Encampments during the American Revolution. Discover why it was important enough to commemorate as a National Park.

But there’s so much more to see in this area of Pennsylvania.

See the home of 18-year-old James Audubon, who was dispatched here (by his French father) to avoid conscription in Napoleon’s army.

Or peruse the extremely unique home and furnishings of a prominent turn-of-last-century architect/furniture designer that few have ever heard of.

Even if the mere mention of George Washington or American History makes your eyes glaze over, there’s curiosities aplenty in the Valley Forge Region of PA, and we let you in on the best. Read on.

Things To Do In Valley Forge

Valley Forge was just one of eight Revolutionary War Winter Encampments. During the third, from December to June 1777-1778, there were no battles fought on these 3,500 acres, and it wasn’t even the worst winter of the war-torn years.

What was the importance of the battle of Valley Forge?

“So,” on-site interpreters ask, “why does the National Park Service honor Valley Forge specifically, and why do schoolbooks dump all of the War’s suffering in one place?”

Park staff and signage do an excellent job with the answers:

Pick up a park map and take a self-guided tour on a well-marked ten-mile driving loop.

Be sure to stop at Washington’s Headquarters, “The Pentagon of its day.” As you drive along, you’ll see clusters of recreated log cabin huts representing the 2,000 that soldiers built for the harsh winter.

Entry to the National Park is free, as is the self-guided tour.  For a more comprehensive tour, purchase an audio tour CD ($14.99) at the Visitor’s Center, or take a 90-minute narrated Trolley Tour ($16 adults, $8 kids).

Take a 90 minute guided tram tour through the staggering collection of one media-shy man obsessed with Mechanical Music – specifically Band Organs and Nickelodeons from 1900-1926, and animatronics, or “automatons” used for department store window displays.

It’s the most extensive collection of Mechanical Music in the world.

The tram carries you through displays housed in the 100,000 sq. feet building of the former BF Goodrich Tire Factory.  As you glide along, your guide will turn on Band Organs and toys via iPad app, triggering childhood memories of carousels and ice-skating rinks. Step off the tram into a vast Nickelodeon Hall. 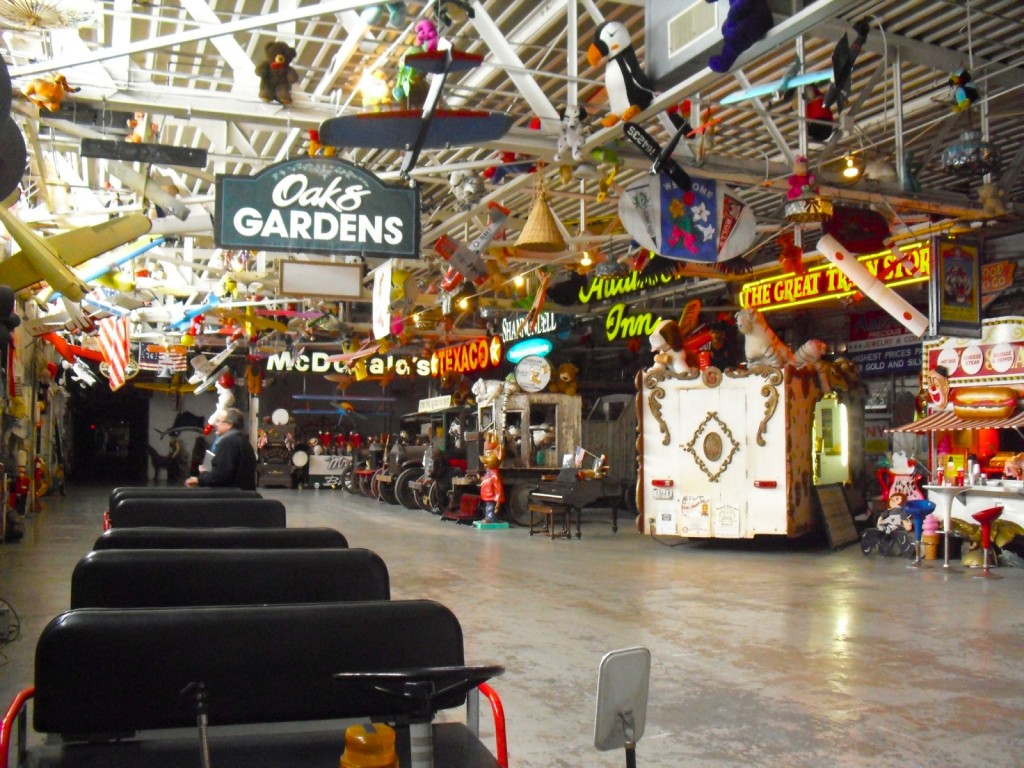 If you imagine that Nickelodeons are strictly player pianos, you’ll be surprised. The diversity of instruments that could be employed for that nickel includes drums, harps, violins, and even banjos.  Don’t miss the “Photoplayer” made for silent movie theaters. It features foot pedals that play chirping, bopping and other sound effects for the screen.

The collection also includes a seemingly limitless number of cars, stuffed animals, and Americana.  But come for the music.

This is an attraction that should be trumpeted throughout the world.  And I know just the Wurlitzer to do it. Open Thurs-Sun 10-3 (last tour at 2pm), $17.50 adults, $5 kids, check website for tour times and to purchase tickets. 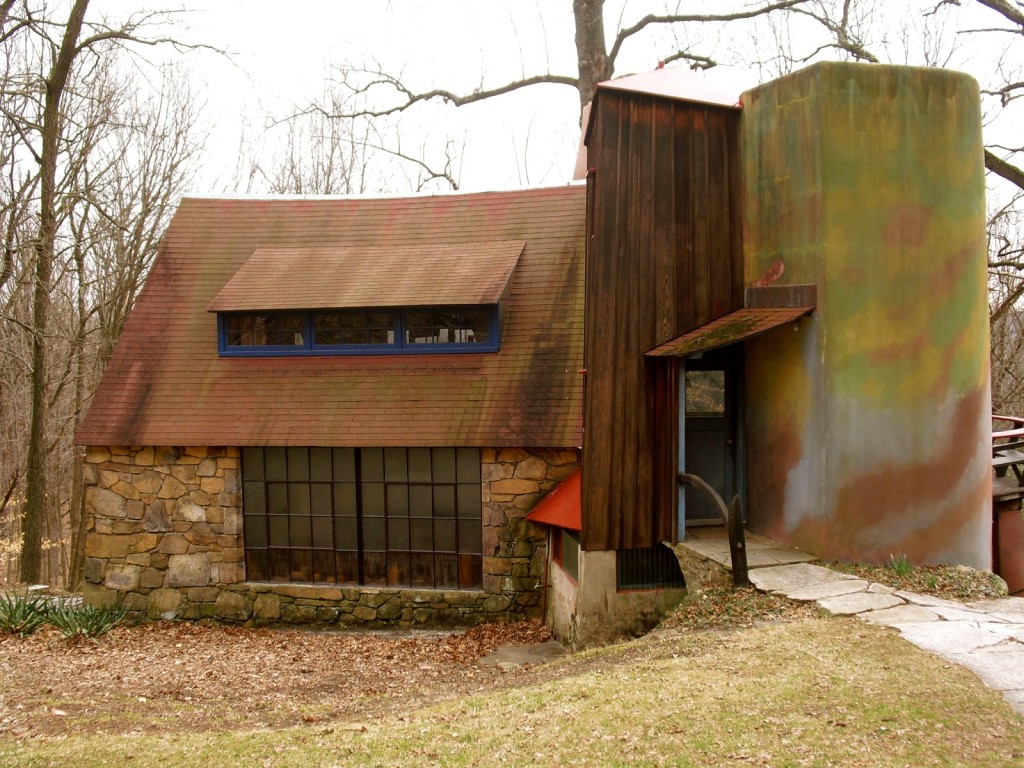 A little bit Gaudi, a little bit Frank Lloyd Wright, Wharton Esherick–artist, sculptor and furniture designer–should be a household name. Anyone who is interested in architecture, furniture design or just plain quirky buildings should come to this little studio/home in the woods.

Constructed over a span of 40 years, the structure is a triptych of styles. Beginning with a 1926 stone studio uphill from his farmhouse, followed by a wood portion in 1942, Esherick completed the compound with a silo encased in mixed pigment stucco in 1966.

Believing that building designers should throw out their T-Squares, Esherick, the “Dean of American Craftsman,” said,

“why be straight and square when nothing in nature is?”

A memorable house tour takes you through the building as Esherick left it in the late 1960’s.

You access three levels via steps bolted into tree trunks. Heading up to Esherick’s bedroom, you’ll grasp a sensually smooth Mastodon tusk handrail. This revolutionary design, including the whole tight spiral staircase, was showcased in the 1940 World’s Fair as the centerpiece of a Pennsylvania Hill House.

The artist’s clothes are still neatly folded in the chest of drawers beneath his raised bed.

“It’s a space that changes lives,” says curator Paul Eisenhauer.  “People who came as kids bring their kids.  There’s just nothing like it. 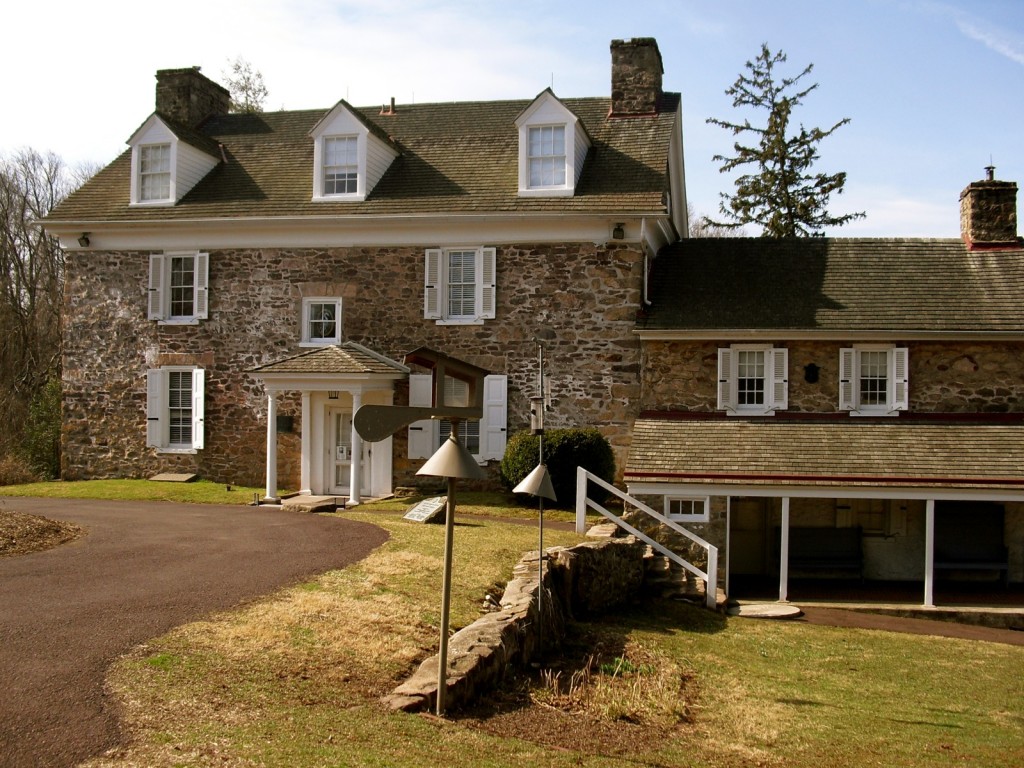 James Audubon killed every bird he painted, so it would probably puzzle him to learn that his name would someday be associated with one of the most powerful conservation groups on earth, the National Audubon Society.

This was Audubon’s first home in the United States and there’s plenty more you probably don’t know about the guy.

James Audubon was born out of wedlock.  He was French. Never trained in art or science, Audubon was despised by the elite of both disciplines. And yet, Audubon was celebrated for his exquisite renderings of North American Birds.

Learn more about this young man – only 18 when he moved into this house. And peruse the exhibits, which include a complete “Double Elephant” Portfolio of “The Birds of America.” (Out of a run of 200, there are only around 100 in existence today. The last complete set sold at auction for $12 million). 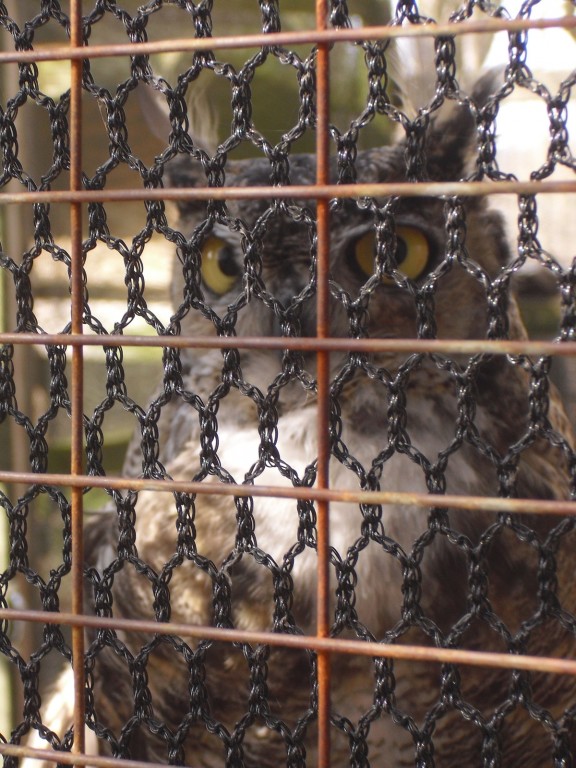 Plan to spend at least an hour in the house and outside by the owl hut where you’ll find Odin, a big, engaging, Horned Owl. Open Tuesday thru Saturday 10am – 4pm, Sunday 1 – 4pm. Grounds, including 5 miles of walking trails open Tuesday thru Sunday 7am – Dusk.

Partners Daniel Wesolowski and CIA-trained Chef Stephen Guiseppe turned an old 1860’s roadside farmhouse into an inviting restaurant in the late 1990’s and it has since become a lunchtime and dinner favorite for local corporate executives and foodie hideaway hunters.

Facing a big empty nest, Traudi and John Thomason were determined to convert their five-room 1890 Arts & Crafts Victorian home into a B&B.  Opened in 2012, the Wayne Bed and Breakfast Inn has already earned quite a following.

Hardwood floored guestrooms reflect Traudi’s taste; a mix of period pieces that include oriental rugs, four-poster beds, antiques and contemporary art.  Of course a good B&B has to be clean and look beautiful, but what makes it special is the warmth of the hosts.  The Thomason’s love people and it shows. Rooms from $229-$300 per night.

For those who like a more traditional hotel stay, the Sheraton sunk millions of bucks into an ultra-modern redo.  Rooms are chic, and service is friendly and on-the-ball.