WHY GO: From its inception, Philadelphia has been a city of diverse neighborhoods. Founded as a center of commerce rather than a religious colony, newcomers were not required to pay Church tithes, so strivers from all backgrounds sought their fortunes here.

By 1740, Philadelphia was the largest city in the colonies –  an engine of industry. In 1754, one German immigrant observed, “Pennsylvania is heaven for farmers, paradise for artisans, and hell for officials and preachers.”

This “paradise for artisans” has gone through a rebirth in recent years, revitalizing Philadelphia’s flagging neighborhoods, and consequently bringing a distinctive energy to each.

You can visit Philly’s 14 identified neighborhoods – none more than a 15 minute walk or drive from Old City.  Or, become a “Maker” in one of the many studios cropping up all over the city.  Highlighted here are a few neighborhoods to get you started.

For sure, this is the Philadelphia that most tourists know. Independence Hall, the Liberty Bell, Constitution Museum – all here.  But as you can see, Old City encompasses so much more.

Built in 1702, Elfreth’s Alley is known as “America’s oldest residential street.” Artisans, including a free African tailor, a Jewish furniture maker, German shoemakers and bakers, dressmakers Mary Smith and Sarah Milton, among others, lived side by side in 32 tiny homes that also served as shops, sales rooms and studios.

Take a tour with loquacious Ed Mauger, President of Elfreth’s Ally Association, and he’ll let you in on a few “clues” about how to tell 300 year old homes from the newest 200 year old homes (hint – it’s in the bricks and number of steps).

He’ll also point out some of Ben Franklin’s innovations still in use, including the triple mirror outside 2nd floor window to see who was at front door, and street lamps made with replaceable panes of glass and vent for oil heat. Tours $5, Noon and 3pm, April – December, Tuesdays – Saturdays: 10-5, Sundays: 12-5

The National Liberty Museum is a quirky little gem dedicated to the idea of Freedom and its definition.  Though you’ll be captivated by beautiful Chihuly glass art, there is one compelling reason to visit.

Listen to the peal of our “original Liberty Bell,” made in the same foundry in England with the same materials – this one without the crack. $7 adults, $2 kids, open Tues-Sat 10-5, Sun Noon-6.

DO: The Center for Art In Wood

DO: The Clay Studio

This isn’t your typical “paint already made clay pieces.” The Clay Studio is an actual throw the pot kind of place, and offers Saturday clinics. On Friday Night Date Nights, you can reenact the sexy pot-throwing scene from Ghost – if only in your head. 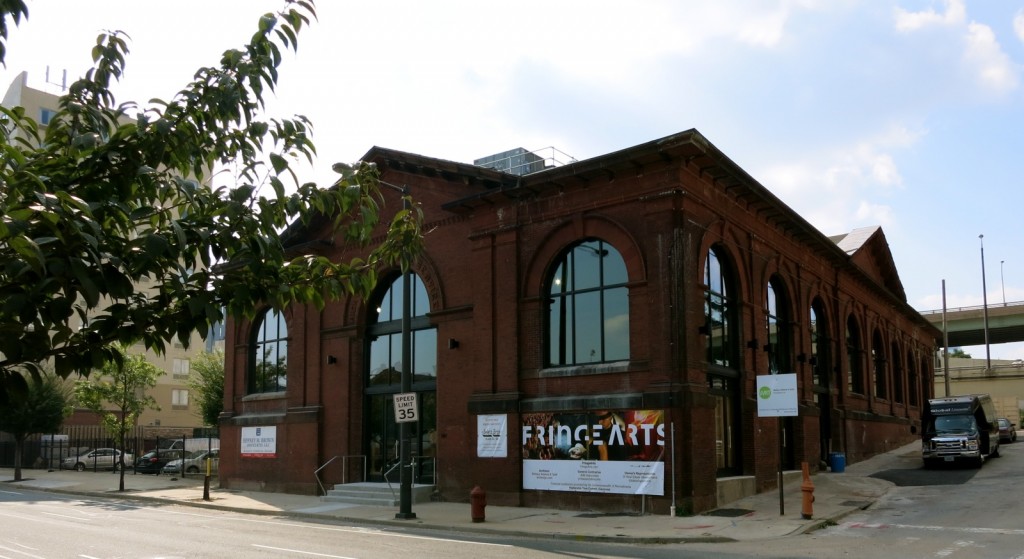 SEE: A Show at Fringe Arts

“The Fringe” is based inside a 1903 Fire Pumping Station, the first of its kind in the country. The station created enough pressure so water could reach the highest floors of newly built, early 20th century, 30-story skyscrapers.

Decommissioned in the 1950’s and vacant until 2012, “this building used to save lives and now it will enrich lives,” says David Harrison, VP, who points out the cast iron pipes and pressure gauges kept as architectural elements.

With year-round programming, classes, concerts, and events in a 240-seat theater– not to mention a soaring bar/restaurant designed for live entertainment priced for starving artists to billionaires, Fringe Arts brings offbeat-theater-loving mobs to this special spot under the Ben Franklin Bridge on the Delaware River.  Consult website for shows and times.

SHOP: Art in the Age of Mechanical Reproduction

“Art in the Age” began as a T-Shirt line and now stocks all manner of handcrafted items, aka “stuff made with thought.”

Shop for jewelry, artwork, clothing and books, including upcycled accessories from wunderkinds Walter and Margeaux Kent’s Peg and Awl.

Furthermore, Art in the Age partnered with the group that created Henricks Gin to distill 80 proof spirits. Try out the products, and purchase bottles of these robust liqueurs named Root (from root beer), Snap (gingersnap) and Rhubarb, in the handsome tasting room. Or customize your very own cocktail for private events in the store.

Trendy t-shirt and sustainable clothing merchants, Mike Congi and Brian Linton, vow to remove one pound of trash from the planet’s oceans and waterways for every product sold. Because of their considerable marketing talents for the good of the planet, United By Blue now known far and wide.

You’ll want to order from the four course-tasting menu –  an insider favorite – so you can all share every single delight.

On temperate nights, opt to eat in the adorable outdoor patio garden you’ll discover down a long narrow alleyway in back of this great neighborhood “Cheese Bistro.”

Bring your own wine and order cheeses “bundled by region.” It’s a perfect nibble after a day in the workshop. 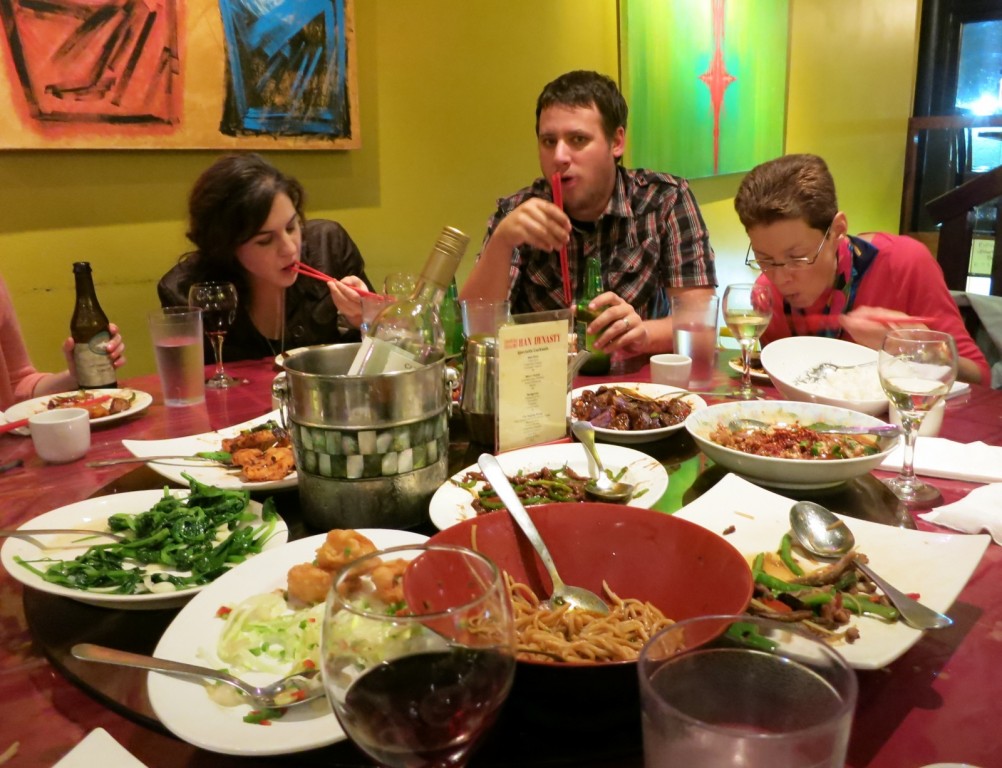 This is the original, the first, and the incredible authentic Szechuan food restaurant that swept the New York Magazine’s food critic, off his feet after his foray to Han Dynasty’s NYC outpost.

Yes, there are currently seven restaurants in the group, but go to the first on Chestnut.  Signatures like the Dan Dan Noodles,  Spicy Cucumbers, and Cold Sesame Noodles, and entrees identified by “heat” on a 1-10 scale, represent the Gold Standard in Szechuan cuisine.

Han Dynasty has won over the Travel Channel, Food Network and other aficionados of tongue-tingling sauces.

Although not as dense and creamy as say, Ben and Jerry’s, Franklin Fountain’s creations are just as inventive. The black and white mosaic floor, tin ceiling, Chinese take-out cups, and servers dressed in bow ties and pearls, together create a heartwarming throwback to simpler times.

Named after the large research hospital that has since closed, the Graduate Hospital Neighborhood excels at nightlife and overflows with an eclectic mix of restaurants.

Transformed over the last few years, it’s just a 15-minute walk from Center City, growing in popularity with the young professional crowd.  You’ll recognize some of the residential areas from the movie The Sixth Sense, as the main characters lived here.

Proclaimed a “Gym for Innovators,” this collective workspace and idea incubator brings industrious creative’s together. NextFab is the nationally recognized premier facility of its kind in the Northeastern US.

Founded in 2009, NextFab is a workshop on steroids. A for-profit, membership based derivative of the FabLab movement, members pay between $55 and $299  per month to access millions of dollars worth of machinery and top-notch instructors.

But even non-members can pop in and take a 2-hour class in creative hands-on projects. Consult website for free tours. Two and three hour classes for non-members $50-$149.

“Trained and certified baristas, sweet, sweet milk from Lancaster County,” Ultimo has been named “One of the Best Coffee Shops in America.”

The former Schwemmer’s Hardware store is a perfect venue for comfort food. “Nothing healthy but all delicious,” says our waitress.

To whit: Honey Cristo – challa French toast stuffed with double-smoked ham and Swiss cheese. It is the ultimate calorie-counting be damned signature dish.

If you’re watching pennies, come on weekdays between 7 and 9am for the $3.95 two eggs, potato, toast and coffee special. Free-range Lancaster County chickens produce the eggs that make sizable omelets.

Where else can you imbibe with “liquor drinking music” out of a Hammond B-3 Organ combo? Enjoy “Thursday Drag Night” with the “Philly Special” – a shot of Jim Beam followed by a can of Papst Blue Ribbon Beer.

In 1682, William Penn gave away plots of land to those who also purchased acreage in Center City. Now known as Northern Liberties, steel and glass contemporary buildings coexist with original brick row houses drawing artists and hipsters to this once-blighted former domain of Schmidts Brewery.

The Northern Liberties district, developed by Bart Blatstein, was re-imagined as a place where people can live, work, shop and eat within a cozy few blocks. So it’s no surprise that the neighborhood exudes a trendy European/Founding Fathers vibe. 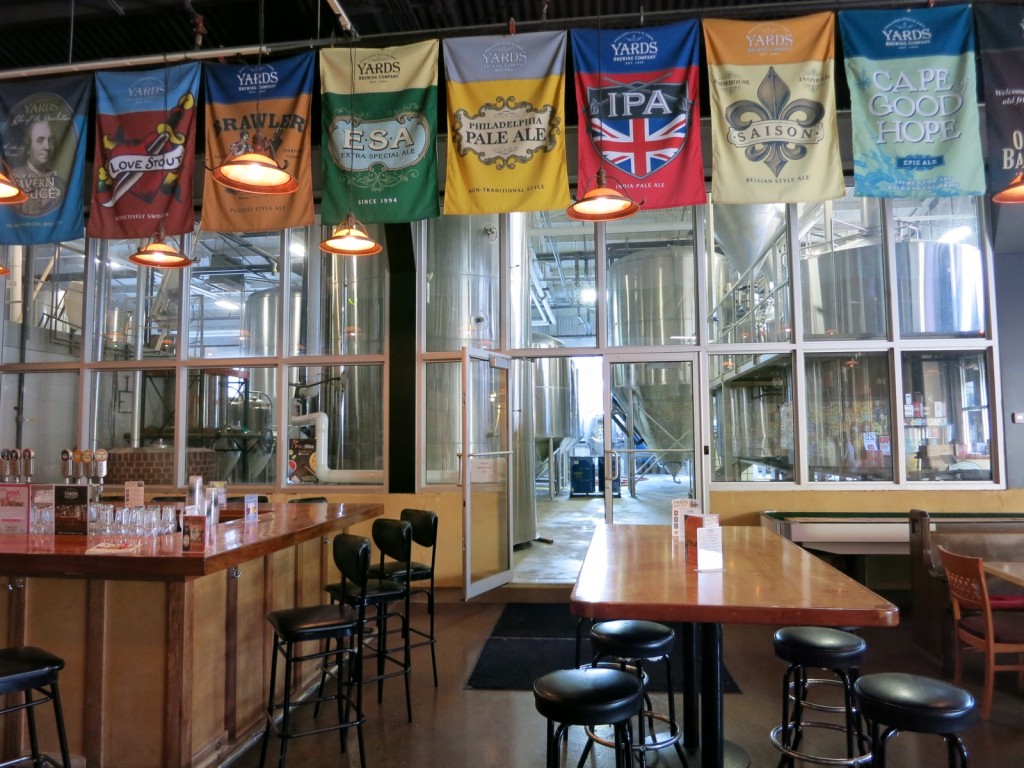 The owner of Yards Brewery, Tom Kehoe, is as innovative as his brews are awesome. Kehoe brewed “Ales of the Revolution” named for Washington, Jefferson and “Poor Richard.” following our founding fathers’ own recipes from the 1700’s.

Belly up to the tasting bar- a recycled bowling lane –  to sip dark but mild Brawler, bestseller citrusy Philadelphia Pale Ale and “sweeter than most” IPA among plenty more.

Philly is known for coffee-shops-that-are-not-Starbucks. That’s a good thing.  Indie One Shot fuels this energetic neighborhood.

Best Places to Stay in Philadelphia 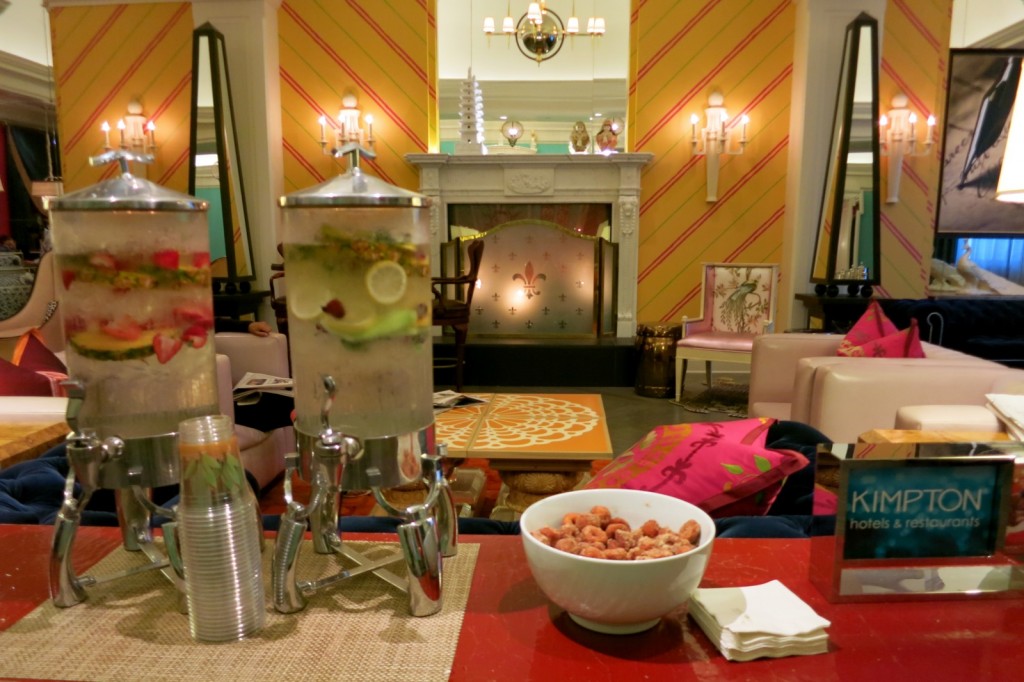 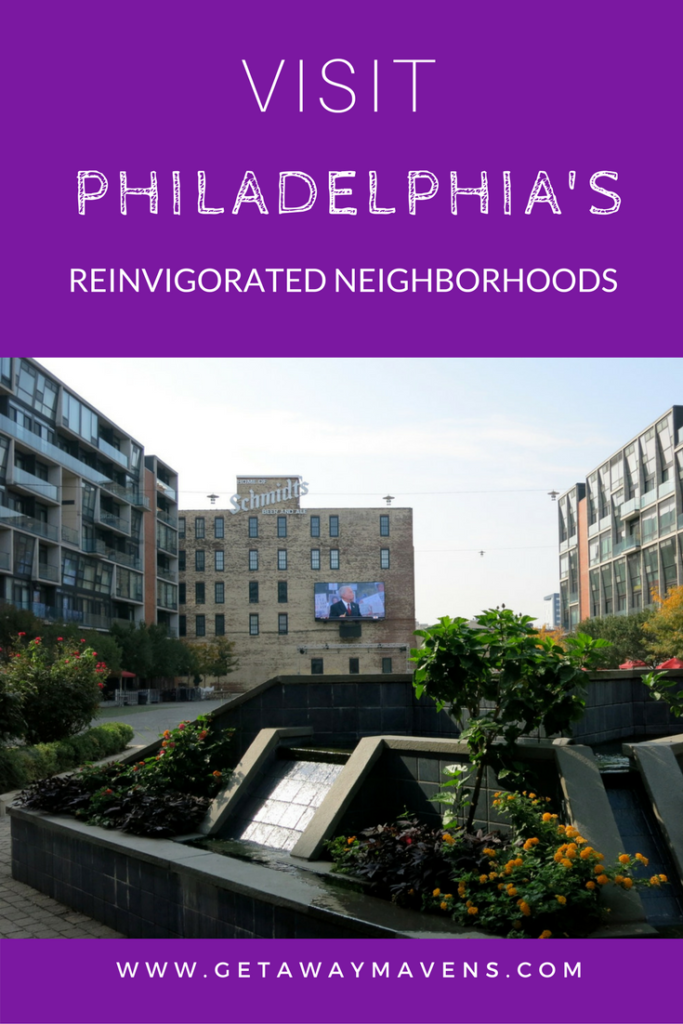