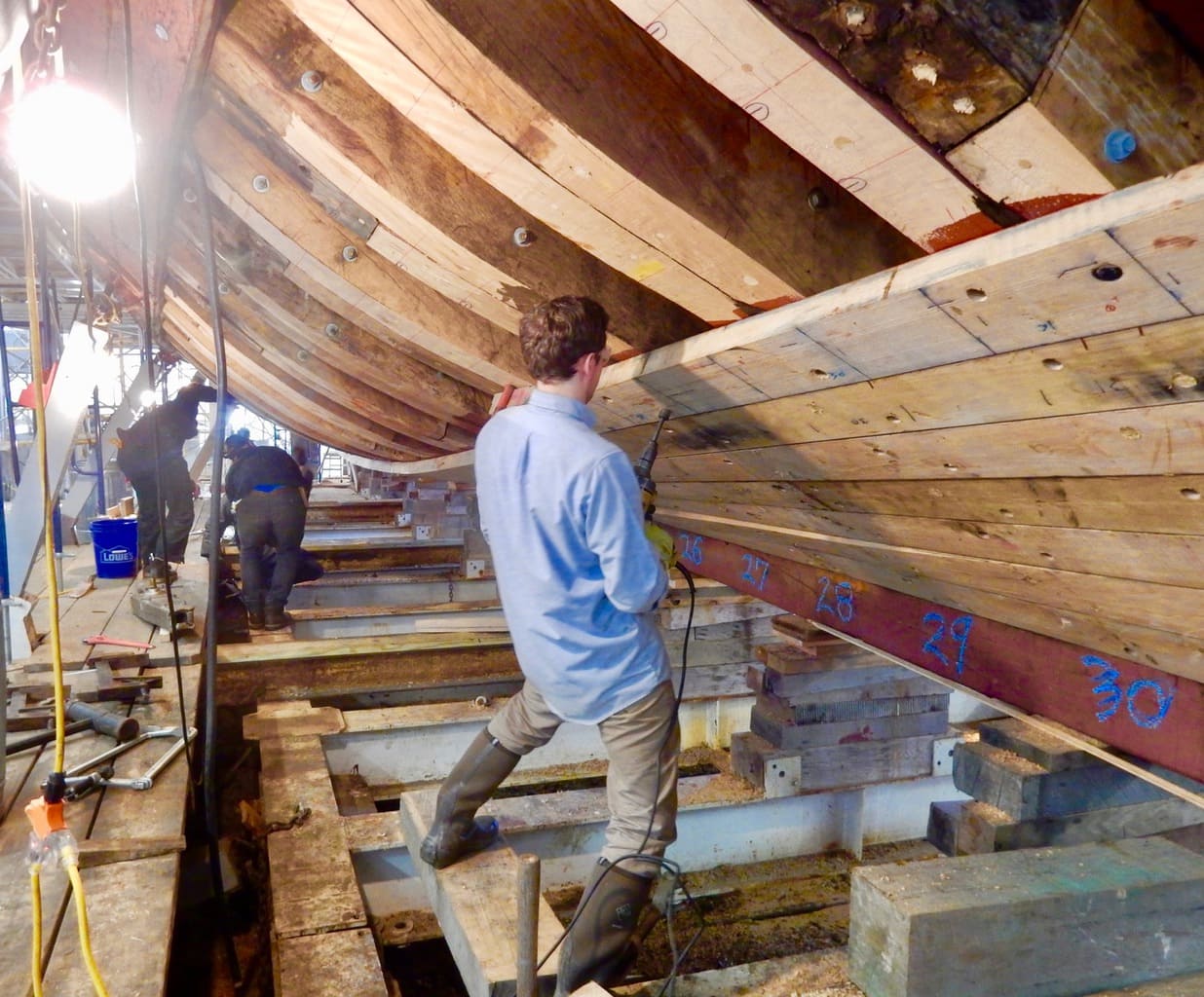 The Mayflower II was returned to the water in Mystic CT on Saturday September 7th, 2019. Initially, she was set to sail, under her own power, from Mystic Seaport  to Boston (Charlestown) for Mayflower Sails 2020 and then on to her permanent home of Plymouth MA. That obviously has not happened, due to COVID.  (So, stay tuned for more information, when available). 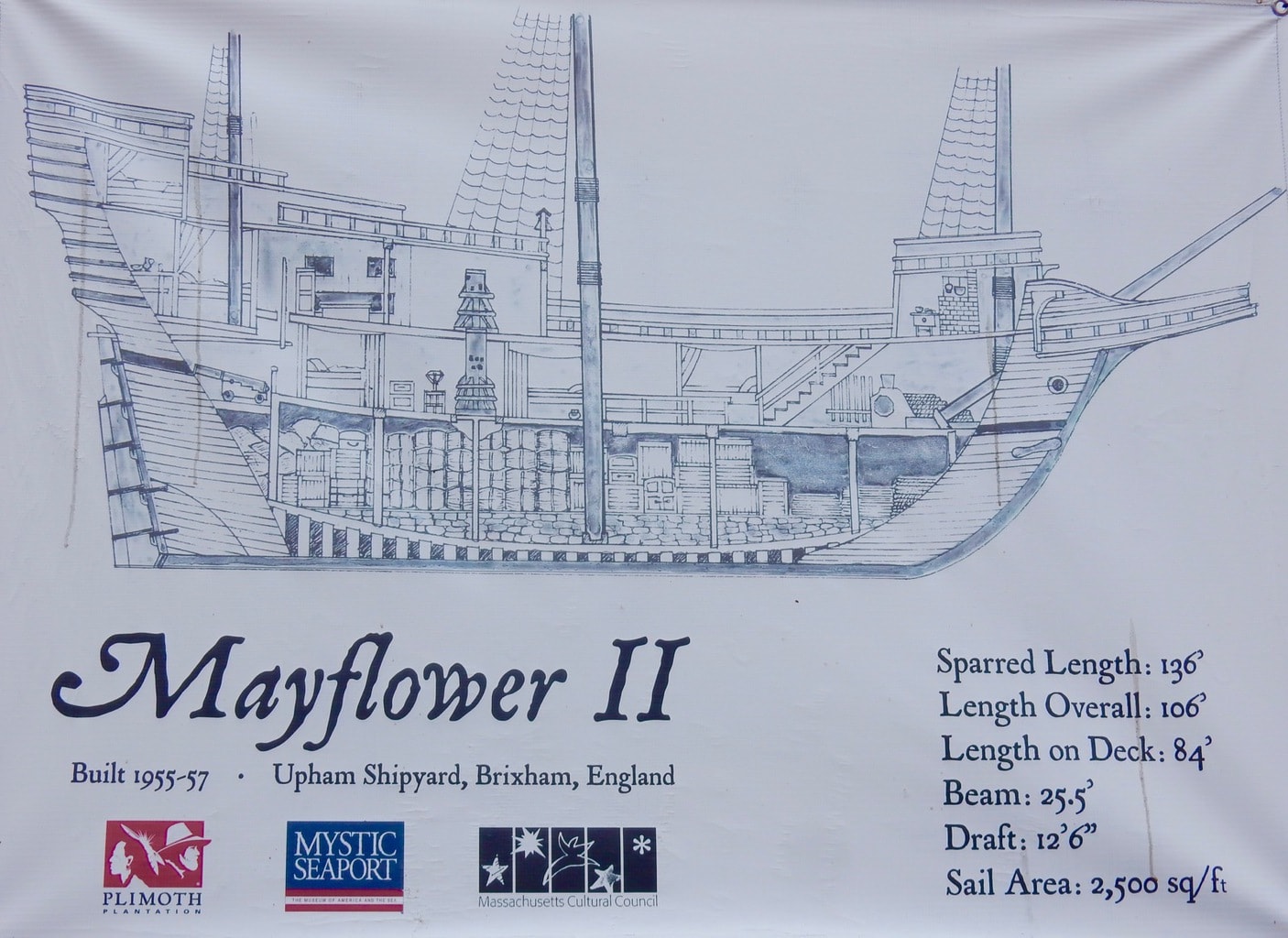 The original Mayflower and its 102 passengers sailed from England to the New World in 1620. The fate of each passenger was well documented. But the ship itself? Not so much. Lost at sea? Sunk? Scuttled? Left to rot? All left to conjecture.

Why a Mayflower II? 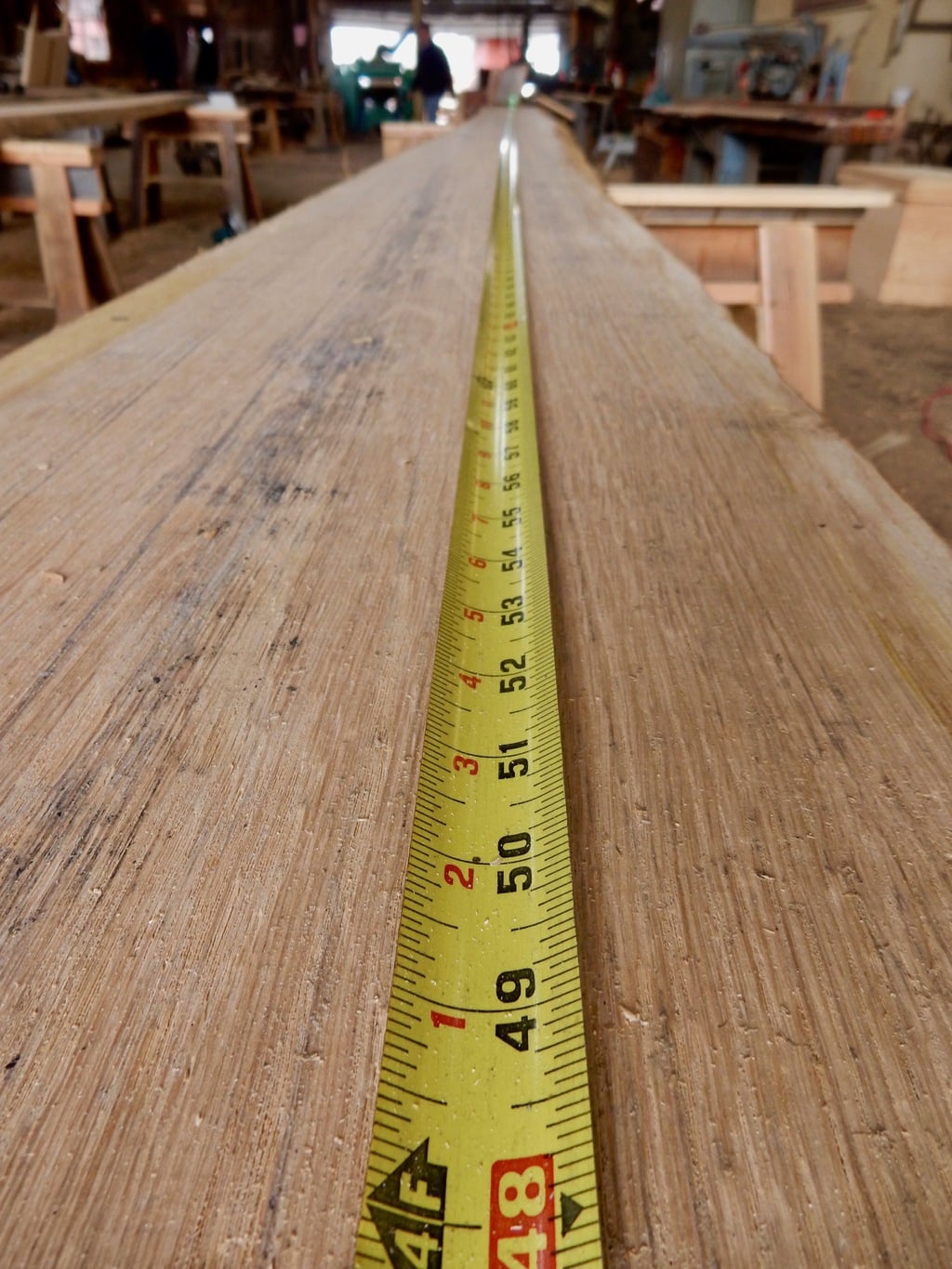 But, over 300 years later, in the mid-1950’s – after WWII, and after a living history museum called Plimoth Plantation was established 3 miles from Plymouth MA harbor (in 1947) – English journalist and PR Master, Warwick Charlton, had an idea to honor the close ties between England and the United States. He pushed to have a reproduction of the Mayflower built as a gift to America. (Though emblematic of merchant ships of the day, it is not an exact replica). 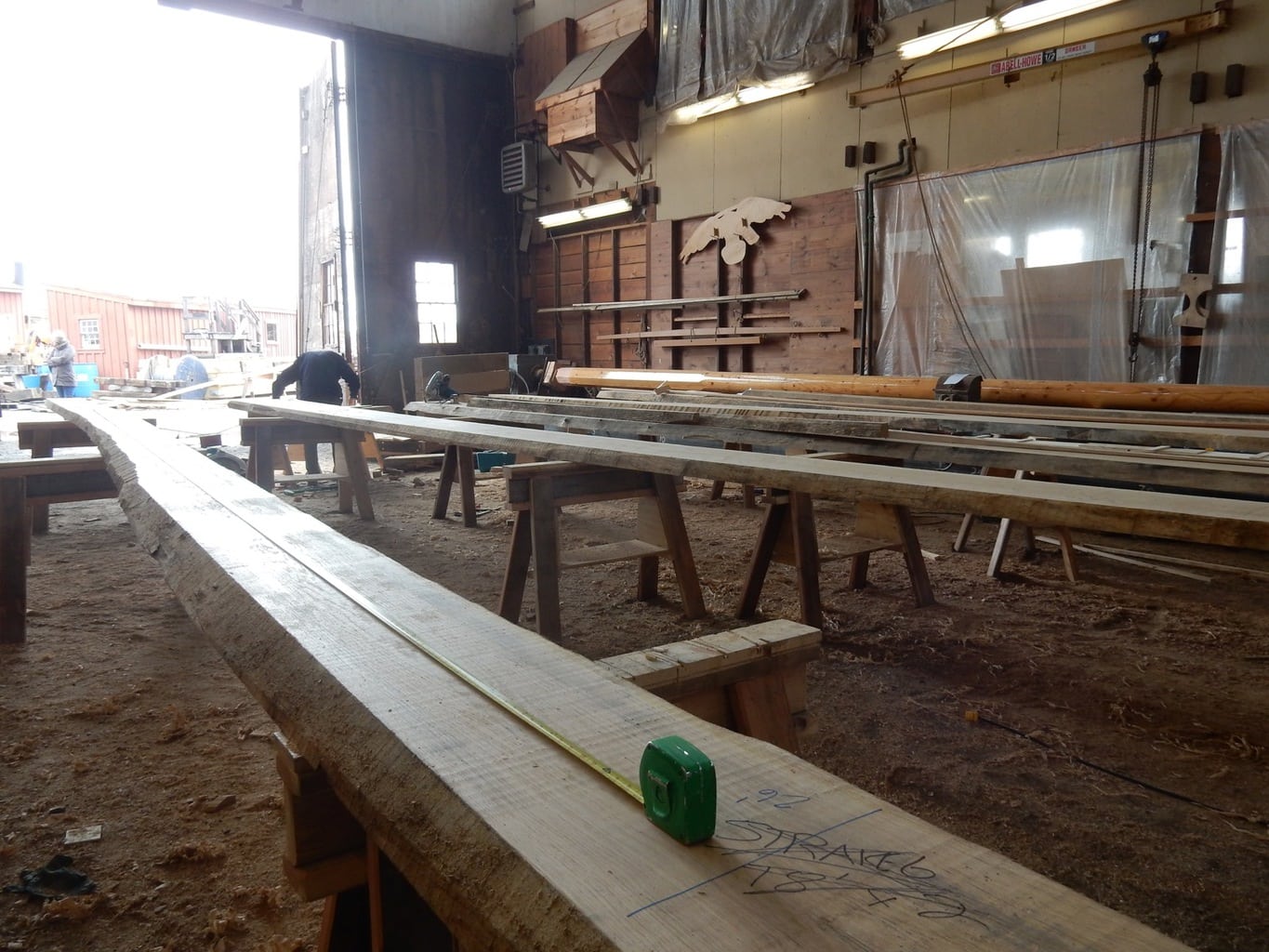 All over England, schoolchildren raised the funds to build this “friend-ship.”  The Mayflower II sailed from Plymouth UK to Plymouth MA in 1957.  To date, the historic ship has seen over 25 million visitors and was ready for a complete overhaul.

Plimouth Plantation has much in common with Mystic Connecticut’s Mystic Seaport. Both are “Living History” museums with strong public programming and educational components.

And so, it was only natural for the Plantation to reach out to the Seaport – which is prominent in this esoteric field, having ten full time wooden boat restorers on staff – to lend some hands. Help bring the Mayflower II back to her original luster, and we’ll cross-promote both institutions: a classic win-win.

To that end, Mystic Seaport welcomed the Mayflower II on November 3, 2016, adding over 20 wooden boat tradesmen to its ten on staff, to work on replacing 60% of the ship’s interior and exterior planking. Directors planned to complete the restoration by 2020, when Mayflower II would sail back to Plymouth MA in advance of the 400th Anniversary of the Mayflower’s landing.

Whit Perry, Director of Maritime Preservation and Operations for Plimoth Plantation, supervised the multi-level ship’s restoration. Lead Shipwright, Matt Barnes, managed the crew of 31 shipwrights and 5 riggers who hailed from “all over the place.”

Most of the work on this 106 foot long, 25 foot wide, nearly 100-foot high ship went on within a massive heated tent. Its complex set of girders and scaffolding was in itself is a marvel of engineering.

The process, though labor intensive and painstaking, was fascinating. Much as ship builders and coopers worked centuries ago.

Timber – mostly forms of live, White, and European Oak – was sourced from all over the world. Shipwrights measured, shaved, and sanded each plank in an enormous workshop.

Each plank of wood, destined for the hull or another curved surface, “cooked at 220 degrees” inside a “steam box” (an hour per inch thickness) to the point of flexibility.

Putting Their Backs Into It

Shipwrights had 20-30 minutes before the wood stiffened up. So they had to work quickly, literally putting their backs into it, as they molded each plank to the curvaceous hull frame (futtocks) and fastened it with wooden trunnels – “tree nails” – and galvanized spikes.

Seeing this ship under restoration was a once in a lifetime experience. For more to do at Mystic Seaport  – or in Mystic CT, check out this Getaway Mavens Post. 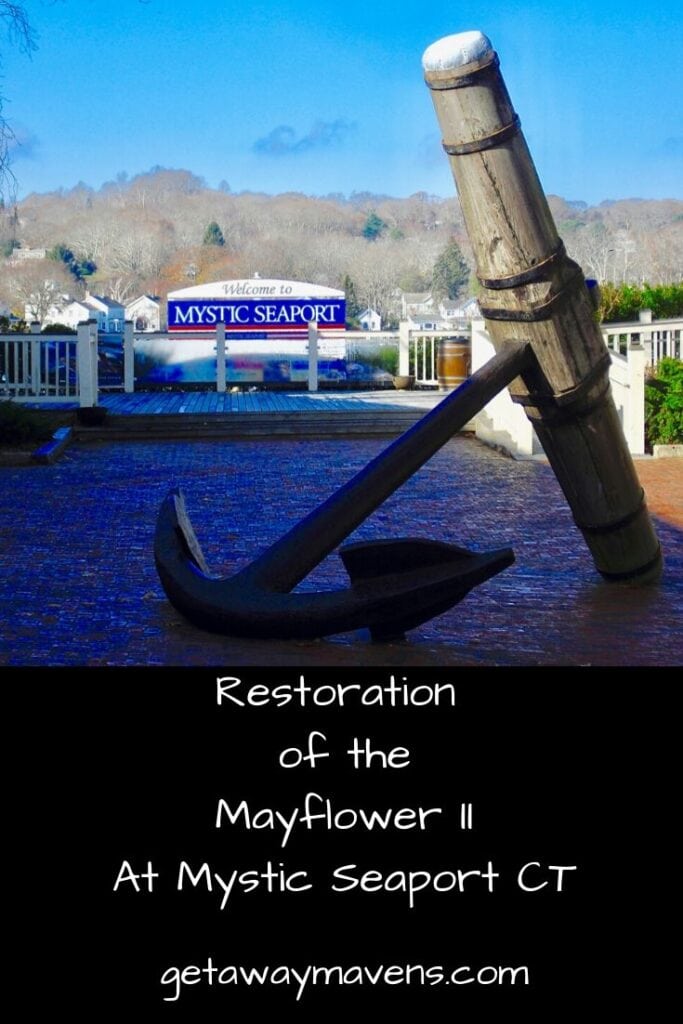 3 thoughts on “Restoration of Mayflower II at Mystic Seaport CT”