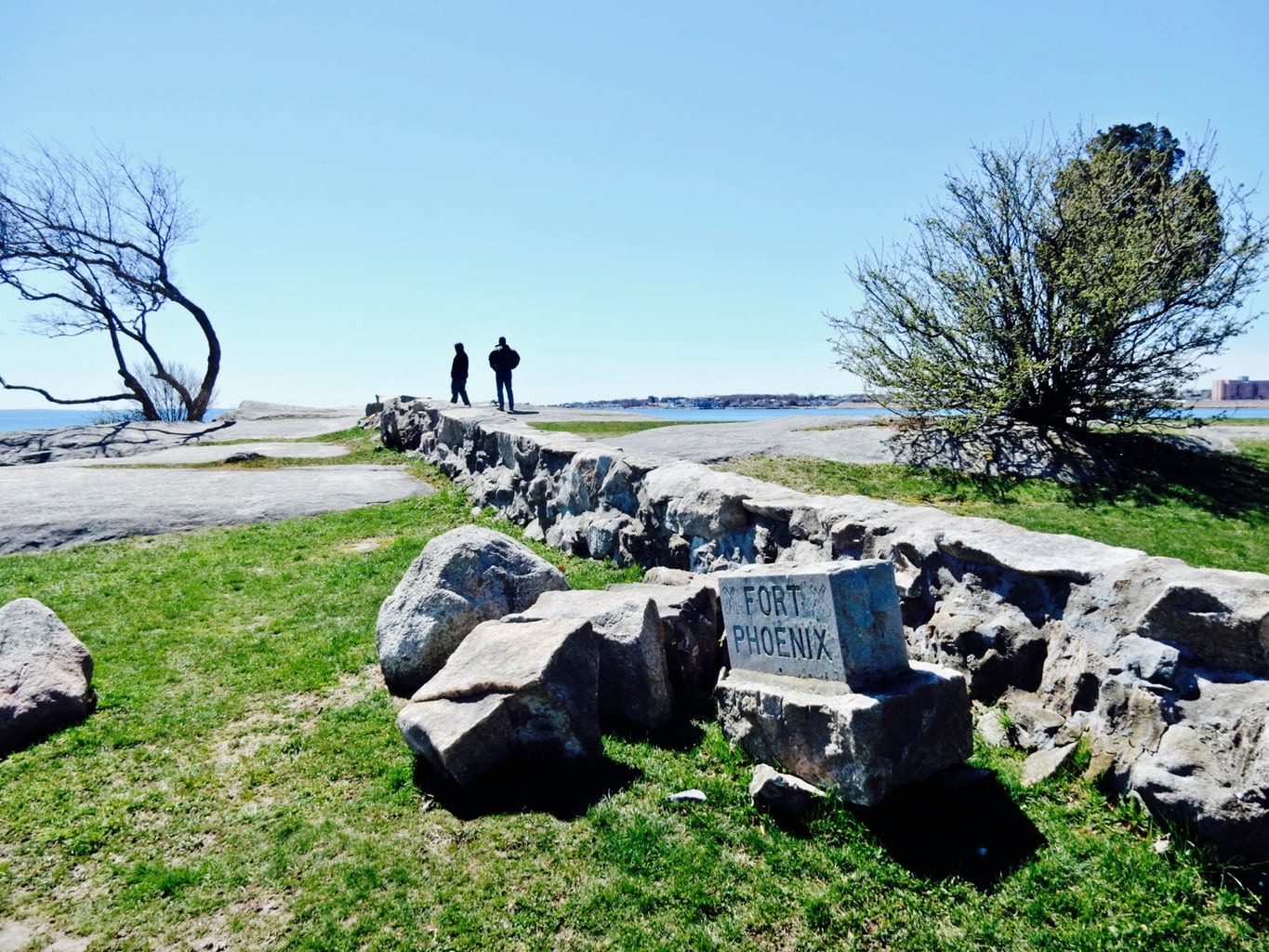 WHY GO.  Fairhaven MA wasn’t a company town; it was a lucky town.  Henry Huttleston Rogers, President of six (out of 13) Standard Oil Trust Companies (who happened, also, to be a major benefactor of Mark Twain), was overly magnanimous when it came to his hometown, endowing it with public buildings that rival those in the greatest European cities.

Sharing a harbor with New Bedford, Fairhaven has also been a center of shipbuilding since the 1700’s. High profile vessels, ferries, fishing boats and freighters come here for repair. This town is also famous for something quite unique; it was where the very first Japanese person to ever live on US soil found a home – back in 1843.

In addition, Fairhaven is a pilgrimage site for Seventh Day Adventists, as one of the Church’s founders, Joseph Bates, was born and raised here. This trip, which can be paired easily with New Bedford across the Historic Route 6 Bridge, brings Rogers, Twain, shipbuilding and Japanese-American History together in an enlightening, unexpectedly entertaining Getaway.

Things To Do In Fairhaven MA 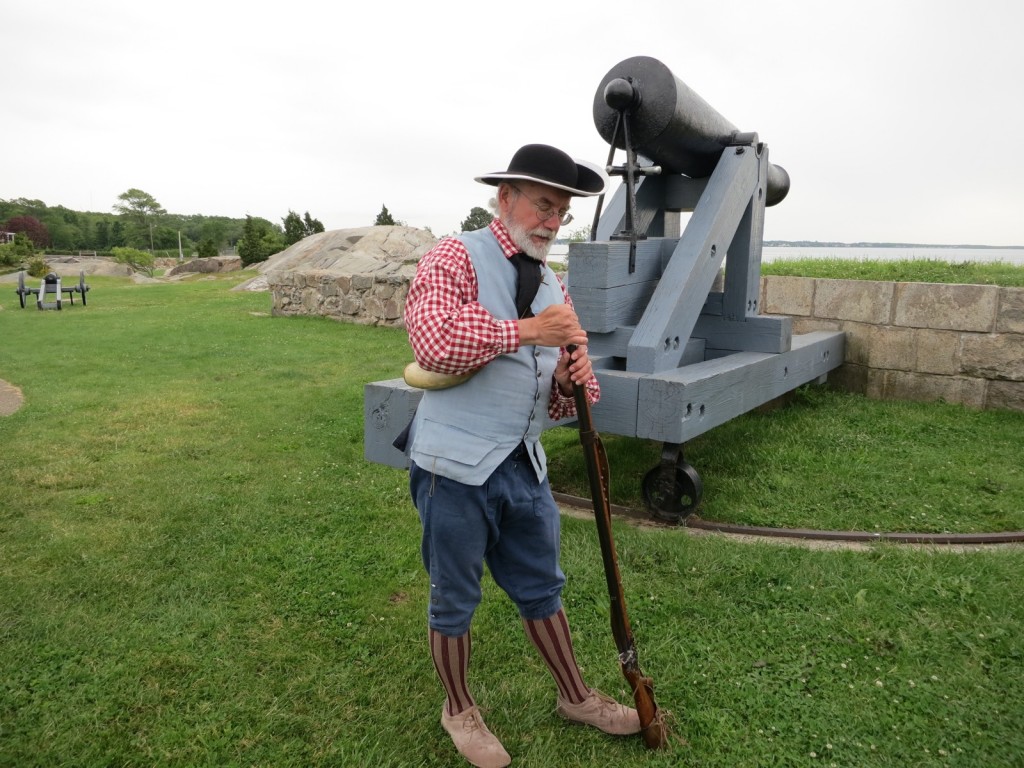 VISIT: Fairhaven Visitor’s Center. Set inside a 1798 One Room Academy, you’ll find relics from Fairhaven’s far as well as recent past. A collection of Gold Bond tins rest inside glass shelves – Fairhaven was the manufacturing home of Gold Bond Power from 1909-1985, when, according to a local  “it was just four or five guys packing the stuff” in a small factory by the river.

In addition, Atlas Tack Co. turned out millions of these office staples (favored, too, by school pranksters) in Fairhaven from 1867-1985. Most industry has left this seaside town, but one industrious guy is still plugging away; the One Man Band Fairhaven Tourism Director, Chris Richard. Unless Richard is out giving one of his entertaining costumed walking tours, you can find him at the Fairhaven Visitor’s Center. 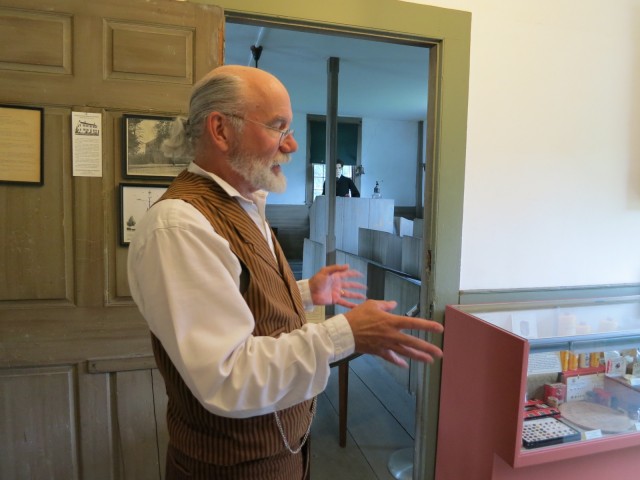 He befriended and financially supported Mark Twain and funded Helen Keller’s education in addition to “creating an EPCOT in this little Yankee seafaring town.”  The French-Gothic Town Hall, dedicated by Twain, the Italian Renaissance Millicent Library – built in memory of Roger’s daughter who died at age 17 – and the English Perpendicular Gothic Unitarian Church, a 15th Century Cathedral with 1 ¼ ton cast bronze doors, are among the incredible buildings you’ll visit. 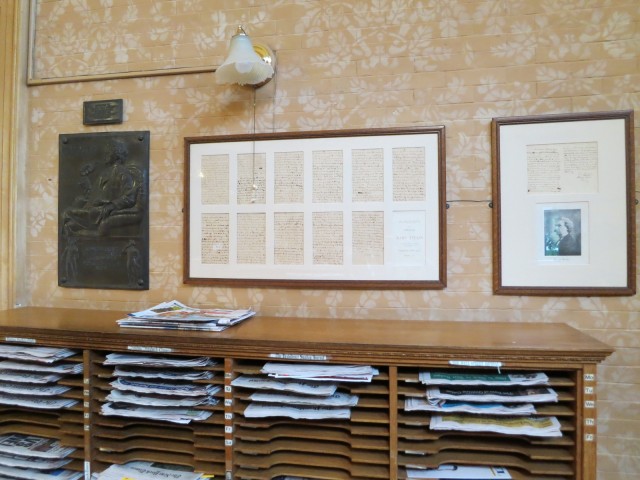 If you are a Mark Twain groupie (like this Maven), you’ll thrill to see his handwritten notes to the Library Trustees, as well as his Town Hall dedication speech just hanging out above a periodical cabinet in the Millicent Library. Just ask the friendly folks at the desk, and they’ll point them right out. Henry H. Rogers Walking Tours, Tues and Thurs. mornings, 10:00 a.m. June through September. Free.

TOUR: Pirates & Privateers Presentation at Fort Phoenix. (Formerly the Minuteman Tour). Attacked and destroyed by the Brits on September 5th 1778, Fort Phoenix “rose again” and went on to guard Fairhaven during the War of 1812 and the Civil War as well. It’s a swell setting for this myth-busting presentation about pirates and privateers back in those days.

Abby Black, whose husband died at sea, explains how she dresses in men’s clothing and serves as a doctor onboard.  Mr. Church tells historical stories about being a ship’s cook, and Andrew the Powder Monkey climbs on a cannon and explains how it’s fired. Chris Richard MC’s, with a “magic trick” at the end. Fridays, June-September, 10am. FREE.

SEE: New Bedford Hurricane Barrier. The hurricanes of 1938 and 1954 nearly decimated New Bedford and Fairhaven, so in 1962, the Army Corps of Engineers built this bad boy.  At twenty feet tall and 3.5 miles long, the Hurricane Barrier is so large, you can see it from many vantage points – in fact, it is the largest manmade stone structure on the East Coast. Besides via boat going through the 150 ft wide gates, or from a helicopter, your best view of the exterior barrier wall is from Fort Phoenix.

VISIT: Joseph Bates Boyhood Home, Co-Founder of Seventh Day Adventist Church. First a Merchant Ship Captain, and then a follower of William Miller, Joseph Bates suffered a “Great Disappointment” when Miller’s prophecy of a Second Coming did not happen on the first, and then the second appointed date.

Bates surmised that when Christians began to celebrate the Sabbath on the first, not the seventh day of the week, it threw Miller’s calendar completely off. To rectify this, he called for worship on Saturday, becoming the “Father of the Sabbath Message.”

There are currently millions of Seventh Day Adventists all over the world. Bate’s newly renovated boyhood home is open for guided tours through rooms with original floors and 18th century wallpaper and another (in a space added on at a later date) designed like a ship’s hold.

Don’t miss the stone ruins of a ten foot wide fireplace behind the house. This is all that is left of the thatched roof cottage built by Thomas Tabor, son-in-law of Mayflower passenger, John Cooke. Cooke lived with his daughter and son in law for a time, and might very well have warmed himself by the fire here.

It remains a mystery why William Wood built a home inches from the ruins in 1742 ( which was then sold it to Bates, Sr in 1793). Tours April-October (by appointment) relate stories of those who lived here and their influence worldwide. 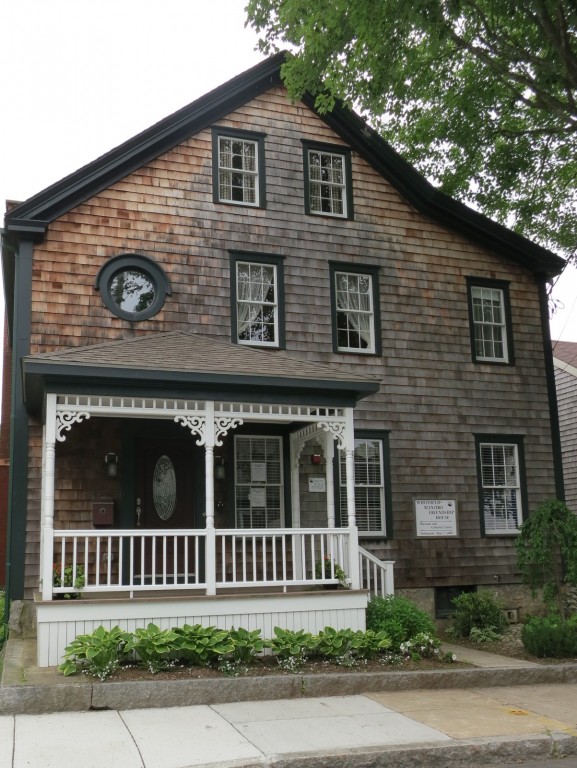 VISIT: Whitfield-Manjiro Friendship House. In 1841, Whaling ship Captain William Whitfeld discovered 14 year old Manjiro Nakahama shipwrecked on an uninhabited Pacific Island.  Bringing the Japanese boy back to America with him, the widower Whitfield arranged to have Manjiro stay with a local family, and sent him to The Old Stone Schoolhouse to learn English.

After ten years, Manjiro returned to Japan where he was influential in urging his country to trade with the United States. Perhaps not so surprisingly, Manjiro became an instructor in navigation and ship engineering at the Naval Training School in what is now Tokyo.

Though relations were strained with Japan after WWII (to say the least), in 1987 Crown Prince Akihito – now Japan’s Emperor – visited Fairhaven in memory of Manjiro and to promote peace between communities.  June-Labor Day, Sat, Sun noon-4pm. 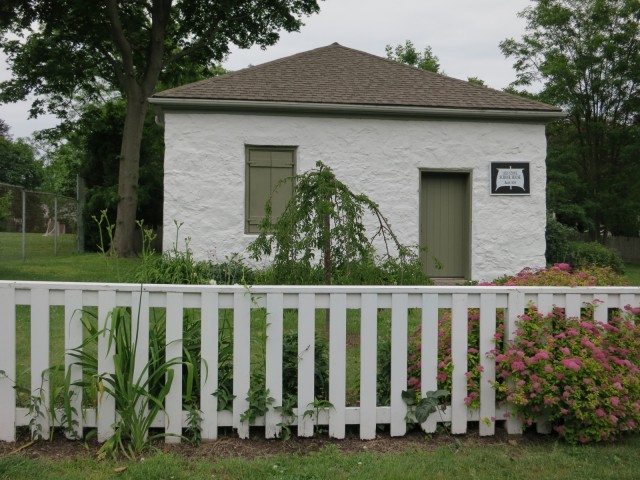 SEE: Old Stone Schoolhouse. A touchstone for the Japanese, and Fairhaven’s oldest school, this is where Manjiro Nakahama, learned English. He returned to Japan and acted as an interpreter for Western visitors.Tours by appointment only.

SHOP: Euro/Phoenix. What began as a ships supply store for fisherman changed when owners started adding “gifty stuff.” Now, Euro is a virtual general store, with clothing, shoes, home goods, cards, gifts, toys, pet items, and anything else you’d ever want or need.

EAT: Margaret’s Restaurant. It’s just a little 43-seat place, but first bite of Margaret’s grilled scallops, sweet and juicy, and fresh from the boat out back, and you’ll be hooked. Established by a scalloper of Norwegian heritage, Margaret’s also excels in crepe-like buttery Norwegian Pancakes – the best choice for breakfast. File under “find.”

EAT: Elizabeth’s.  It’s Margaret’s – but a bit more upscale and with a liquor license. Owned by the same people. 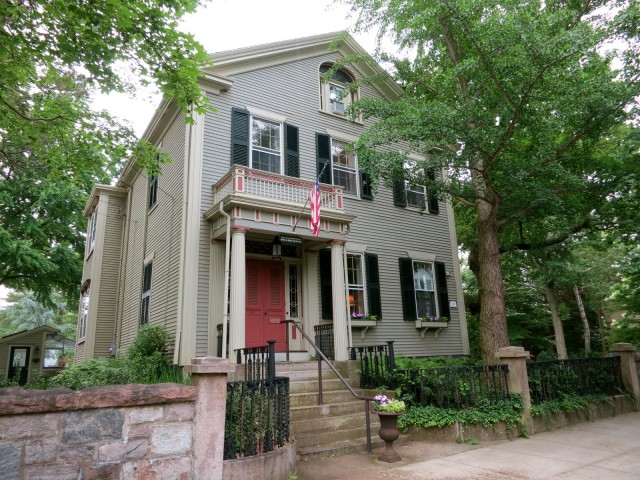 STAY: Delnano Homestead, Fairhaven. FDR’s grandparent’s home is now an upscale B&B. Stately and fine, you’ll be immersed in history as you stroll the same backyard in which young Franklin frolicked.  $130-$160 per night.

STAY: Seaport Inn. Right on the waterfront, this motel-like lodge is undergoing renovations, with rooms updated to clean and modern standards. Rooms from $129-$179. 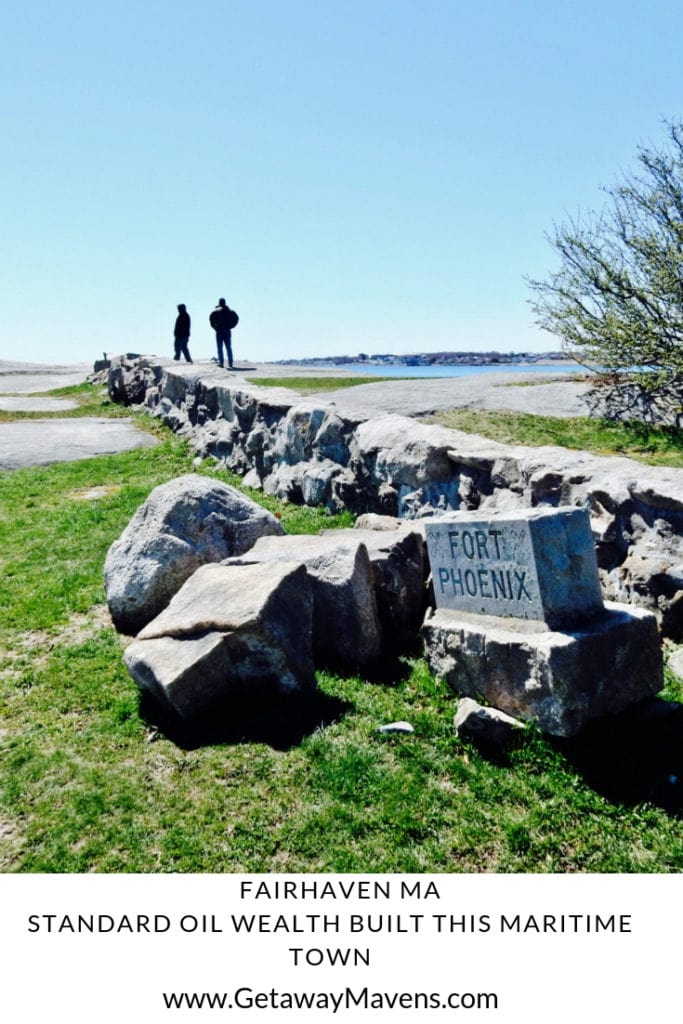