Home » Delaware » Things to Do In Delaware’s Quaint Villages 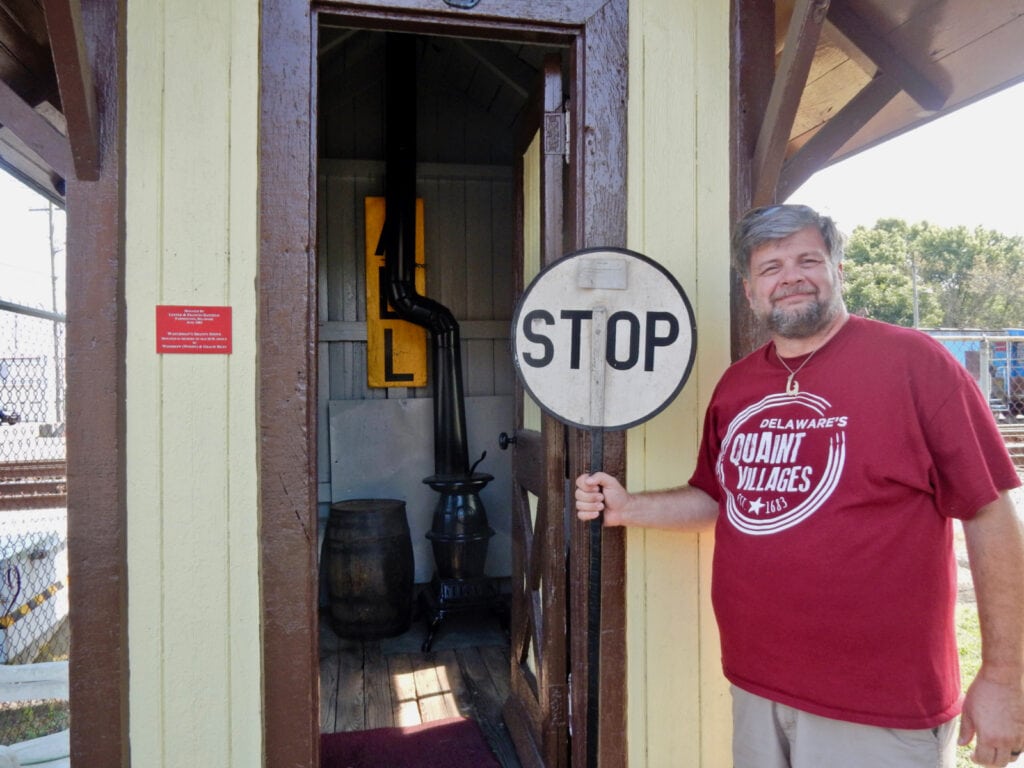 WHY GO: Delaware’s Quaint Villages – Smyrna, Bowers Beach, Harrington, Dover, and Milford – are hardly, if ever, on an Instagram influencer’s GO List. And therein lie their quiet charms. Let the pretty people deal with the crowds and posturing in overblown flashy destinations. Visitors to these small Kent County DE towns will find stunning landscapes, a world-famous bird refuge, passionate individuals keeping sparks of the area’s rich history alive, and a distillery that has cooked up one of the weirdest flavored vodkas of all time.

The Getaway Mavens have already covered the State Capital of Dover, and the artsy river town of Milford, in THIS POST. But read on to find other lights under the bushel in Delaware’s Quaint Villages.

The Quaint Villages are on the roster of these 6 Romantic Getaways in Delaware. Check them out for more ideas.

Though Belmont Hall is primarily a wedding venue now, and tours are by appointment only, plan to book one if you relish Revolutionary War and ghost stories. Belmont was a private residence until 1987. And then the State of Delaware purchased the property, subsequently closing and abandoning it in 2008. Fortunately, the current guardians, Friends of Belmont Hall, rescued the property from the wrecking ball.

A bit of history. In 1771, Thomas Collins, an advocate for the American Revolution, purchased 91 acres of property. The land included two structures that he connected with a foyer to form the stately Georgian mansion that stands today.

At the time, the Delaware Legislature met in New Castle DE. On June 15 1776, Delaware made the decision to separate from the British. English ships were patrolling the Delaware River, with cannons pointed directly at New Castle.  So Collins invited the Delaware State Assembly to skedaddle out of there and meet at Belmont Hall. You can just imagine Caesar Rodney, John Dickinson, and Allan McClain strolling through the front door for these clandestine meetings.

The Ghost of Belmont Hall

As Collins was a Brigadier General for the Delaware State Militia during the Revolutionary War, a group of Tories threatened to do him harm. House staff hid Collins behind a dresser and posted a sentry on the Captains Walk atop the house.

The unnamed guard was shot. However, he managed to make it down to the second floor, leaving a trail of blood, before dying. In later decades, curiosity-seekers came to Belmont Hall to “see the sentinel’s blood.” Some of these visitors signed their names on the wall of the second floor staircase landing that can still be seen today.

On Jan. 21, 1922, however, a fire destroyed the 3rd floor, erasing physical evidence of the death. But apparently it didn’t effect the spirit of the soldier that some claim still haunts the home.

By the 1870’s, the “lady of the house,” Caroline Cloak, had added a Gothic Revival porch, set aside 20 acres the public to enjoy, and otherwise modernized things to reflect Victorian-era tastes. She launched a farm and canning company. Cans of Belmont Hall Tomatoes, Asparagus, and other fruits and vegetables were sold up and down the Eastern Seaboard. Open during events only (check website), or by calling 302-264-9048.

From 1938 – 1942, 166 African American “enrollees” in the CCC (Civilian Conservation Corps) cleared bogs and marsh to build a dike.

Faced with 5 ½ foot tidal swings, this type of water management, allowing for drainage so migrating and nesting birds could eat, created a utopia for waterfowl. In the midst of miles of farmland, the 16,250-acre Bombay Hook Refuge is a prime attraction for bird watchers and nature lovers of all stripes.

With 8 miles of shoreline, fresh water pools and tidal salt marsh, five short nature trails (three with observation towers), a 12-mile loop drive, and creative programming, you’re sure to find something of interest. Even if it’s just rolling down the road to see over 278 species of birds and animals. These include Blue Heron, Osprey, a variety of ducks, and the occasional fox and deer. Visitors Center open Mon-Fri 8-4, plus Spring and Fall weekends, 9-5, Refuge open 30 minutes before sunrise to 30 minutes after sunset. $4 per vehicle.

What is the strange alchemy that turns pig meat into vodka? Mike Rasmussen, former educator, and cell biologist, Ron Gomes, owners of Painted Stave Distilling, decided to explore that “as a joke.” To their amazement, Off the Hoof Scrapple Flavored Vodka became one of Painted Stave’s best sellers. Buyers utilize it mostly in the making of Bloody Mary’s.

Rasmussen and Gomes renovated the Old Smyrna Theater in Historic Downtown Smyrna and opened Painted Stave as Delaware’s first stand-alone legal craft distillery since Prohibition. The name references a practice in 1880’s Richmond, VA when a barrel with one painted stave was placed outside the door to indicate the availability of alcohol within.

Owners are all about engaging with the community. That includes the Presbyterian Church next door (whose members are just fine with the happy gathering place). Thursdays and Fridays draw local crowds, while Saturdays and Sundays see more out of towners interested in tours.

This 100-year-old, 3,000-acre 3rd and 4th generation family farm is as fun as it gets on an agricultural excursion. Between April when the asparagus come up, and end of December, Fifer is supercharged with festivals.

Indulge in human-powered games (e.g. a “Human Foozball”) and try to navigate the six-acre corn maze that can take you an hour to get through during the 6-week Fall Festival. There are Peach, Strawberry and Cider Fests throughout the year, and a massive Country Store that stocks produce and prepared foods.

The land and foodstuffs you see, however, are just the tip of the iceberg. Fifer has a large wholesale operation that ships up the East Coast, and to restaurants and schools.

Chances are you’ve never heard of Bower’s Beach. These days, it’s not one of those Delaware waterfront towns frequented by the DC and Baltimore summer crowds. Once a small fishing village, Bower’s Beach now struggles with its identity.

But residents Judy and Jim Martin, retired teachers from Princeton NJ who wanted to retired on the Jersey Shore, found a cheaper option in this tiny place. They took over this local non-profit “museum” in 1998, and are slowly putting their adopted ‘burg on the map once again.

Bowers Beach was a booming resort town in the Victorian age. People arrived via steamship and stayed at waterfront hotels. These lodgings often flooded, warping the wood floors so badly, one visitor wrote, “you’d be tipsy even before you had a drink.”

An oyster industry also kept the small town going. When they’d run out of oysters, canneries added tomatoes and horseradish.

From Heyday to Today

After the heyday of the resorts came the heyday of fishing.  As many as 200 “Party Boat” excursions left from Bower’s Beach docks. Folks from “all over” filled up an immense parking lot – now empty and abandoned, as the fishing boats also abandoned the town. Adding insult to injury, in July 2019, the much loved and photographed Bower’s Beach icon, Frenchie’s Bait and Tackle fishing shack, collapsed into the water and could not be saved. It made national news.

The museum consists of two buildings. Part one sits in a small main street house that is surprisingly bright and beautifully curated inside. And behind it, a huge new building constructed almost entirely by volunteers in 2018, features more exhibits about the town’s history in a soaring space.

Harrington Delaware was built by the railroad. Until 1857, this little town, then called “Clark’s Corner,” was just a tiny spot on the map in the middle of the State.

Samuel Harrington raised money for transportation infrastructure, which led to the transformation of the whole Delmarva Peninsula: so much so this town was renamed for him. Besides hauling lumber and other goods, trains brought tourists to Delmarva beaches.

Feel what it was like in the early days of the railroad though an immersive tour of three historical Harrington sites. There is nothing that historian, Doug Poore, enjoys more than escorting visitors around to talk about the history of his town. One artifact at a time.

The Museum Annex consists of a cornucopia of artifacts from the town’s commercial past. There’s a working model of a lumber mill, a butcher block from a grocery store that had obviously seen many a cleaver, and an antique horse-drawn hearse.

The museum houses the complete interior – from booths to counter – of a local soda shop that closed in 1988. Now, former and new patrons line up for special events, when the soda fountain becomes operational and doles out frozen treats as it did back in the day.

There are plenty of articles and photos about Reese B. Harrington, who attended Columbia University in NYC.  A theater lover, Harrington returned home to open Reese Theater in 1922. An unfortunate fire destroyed the building in 1943. (Consequently, Harrington hired a demolition contractor to remove the remains of the structure. By using dynamite, the contractor caused damage to the town. The town sued Harrington, and Harrington, as this Harvard Law School Case Study attests, tried to pin it on the contractor. He lost.)

That might have had something to do with the fact that Reverend John Leighton McKim had an “in” with his Uncle Charles. Because of this, St. Stephen’s Chapel was listed on the National Register of Historic Places in 2014.

Inside, find more civic and community stuff. This includes floorboards from the first Methodist Episcopal Church in the United States (established eight miles away), Samuel Harrington’s personal bible with notations written in his own hand, and a unique “Blackboard” globe used to teach world geography in elementary schools.

Most compelling is an exhibit about hometown WWII hero, the highly decorated Lieut. Jeannette E. Wyatt, who served in the Army Nurse Corps. Wyatt’s plane was shot down twice. She received the Air Medal, two oak leaf clusters, the President’s Unit citation and the E.T.O. ribbon with five battle stars. After she married Dwight Faulkner in 1949, she was “honorably discharged.” Unfortunatly, her name was lost to time. I believe it should be revived, and her life made into a movie.

The third structure is actually an assemblage of buildings and artifacts that stirs the hearts of railroading fans the world over. Near the still-operating tracks, there’s a crossing guard “Watchman Shack.” See a restored 1926 caboose. Plus, the Railroad Tower has not been disturbed since it was decommissioned on Dec. 3, 1981. Inside, everything from switches, lanterns, maps, and mailbags have remained untouched for nearly 40 years. Museums open only two Sundays a month, and also by calling 302-398-3698.

This small town mainstay, in a former mansion on a main street intersection, serves up traditional dishes in a warren of intimate rooms. Dine on the excellent Orange Bourbon Salmon ($14.75). Try Crab Melt ($15.75), and other fish and meats. Or just hang out at the fancy bar and engage with the locals.

For information on where to stay, and other things to do in Dover and Milford, refer to this GetawayMavens post. 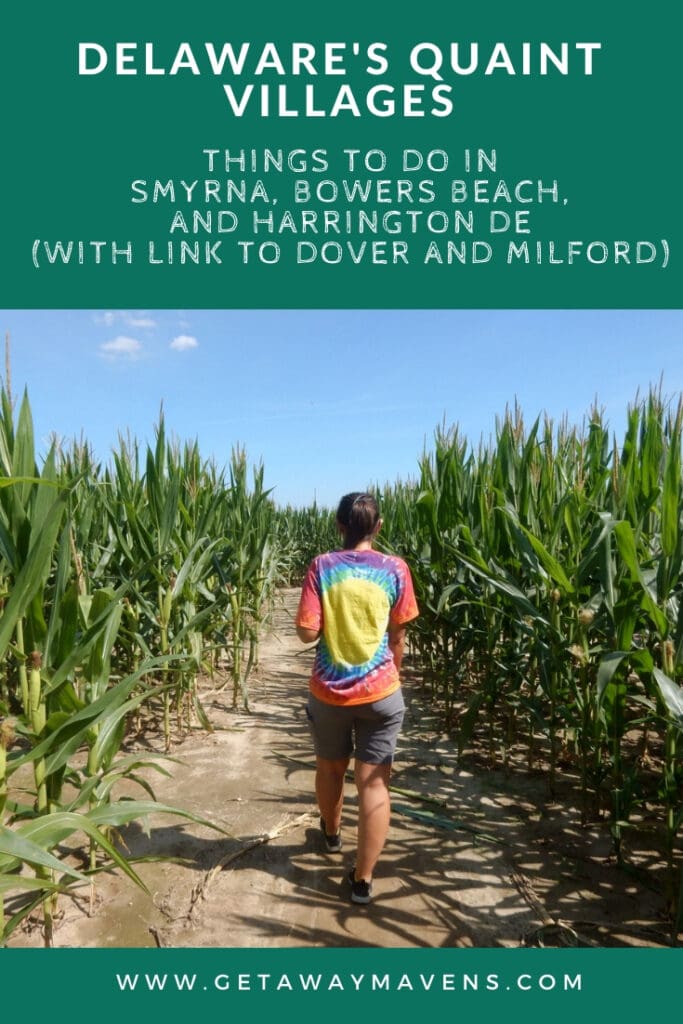 1 thought on “Things to Do In Delaware’s Quaint Villages”