Home » Historic Getaways » The Watergate Hotel, Washington DC: Fraught With Baggage and So Much Fun 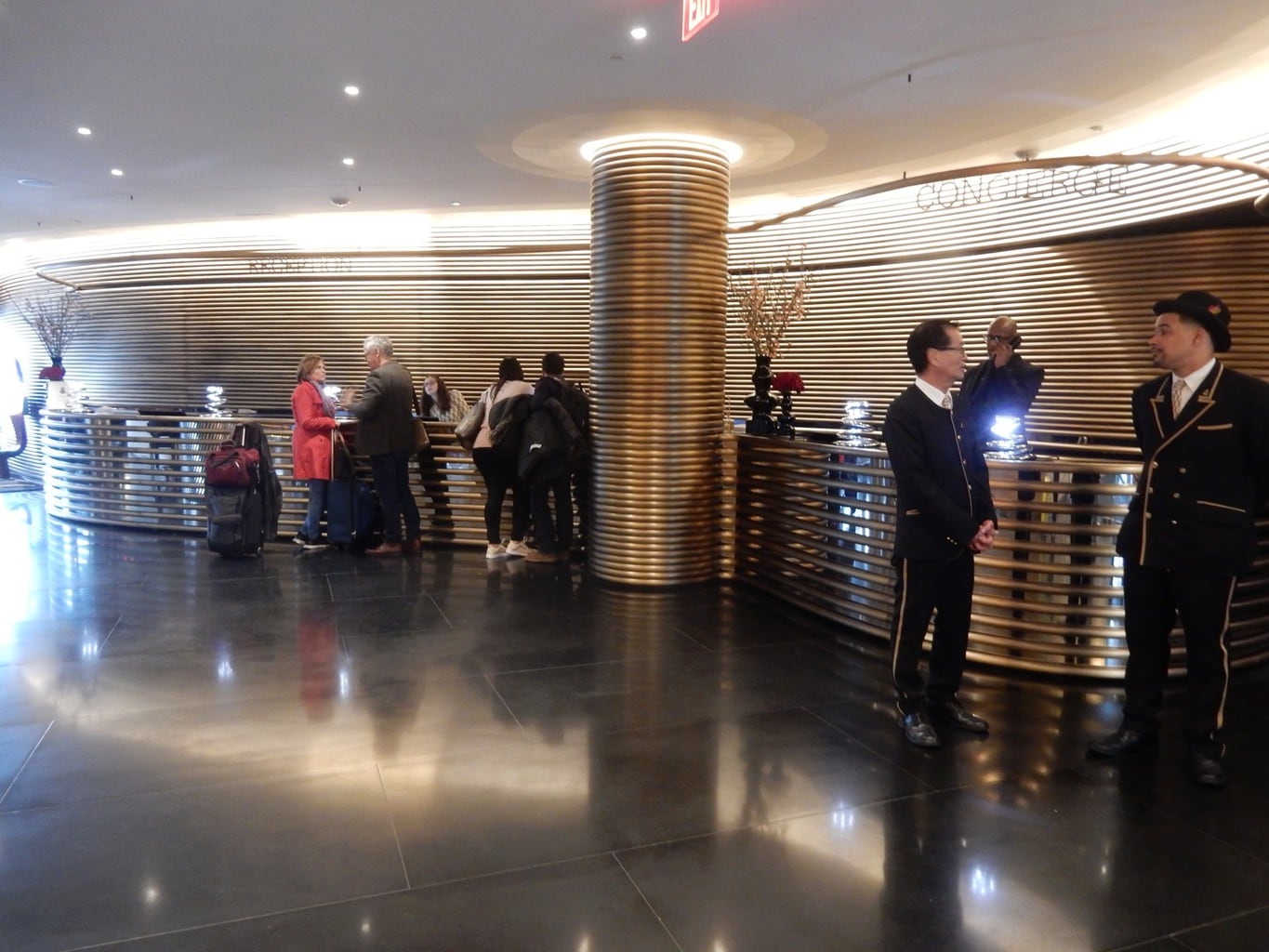 There’s never been a hotel so fraught with figurative baggage, so memorable in its role in the takedown of an American Presidency, as The Watergate Hotel in Washington DC. The suffix, “gate,” in fact, has applied to every scandal since, traced back to this newly renovated and mod-sexy hotel on the Potomac River. Yes, Richard Nixon ordered the “hacking” of the office of the Democratic National Committee (DNC) during the 1972 Presidential Campaign; a burglary of hard-copy files that now seems downright quaint in light of current breaches in our nation’s cyber-security. 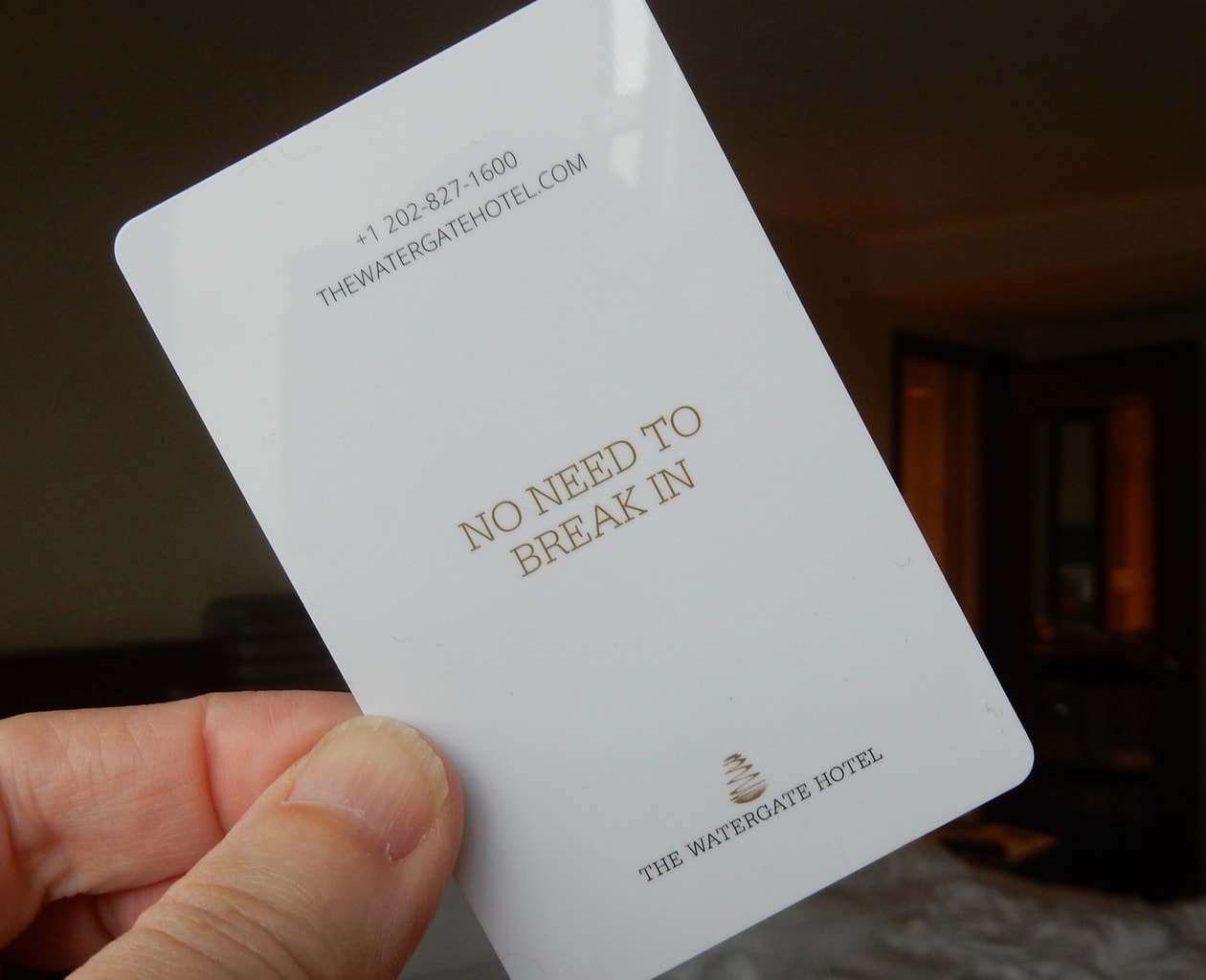 Interestingly, the new and improved Watergate, a Washington DC luxury hotel a five minute walk from the Kennedy Center, does not hide its notorious history: It celebrates it with a sense of humor – and therein lies its vast appeal. That and the fact that the whole place glistens with groovy 60’s architectural elements and stylish rooms. The Watergate is, according to its new tagline, “Unapologetically Luxurious.”

First Impressions of the Watergate Hotel 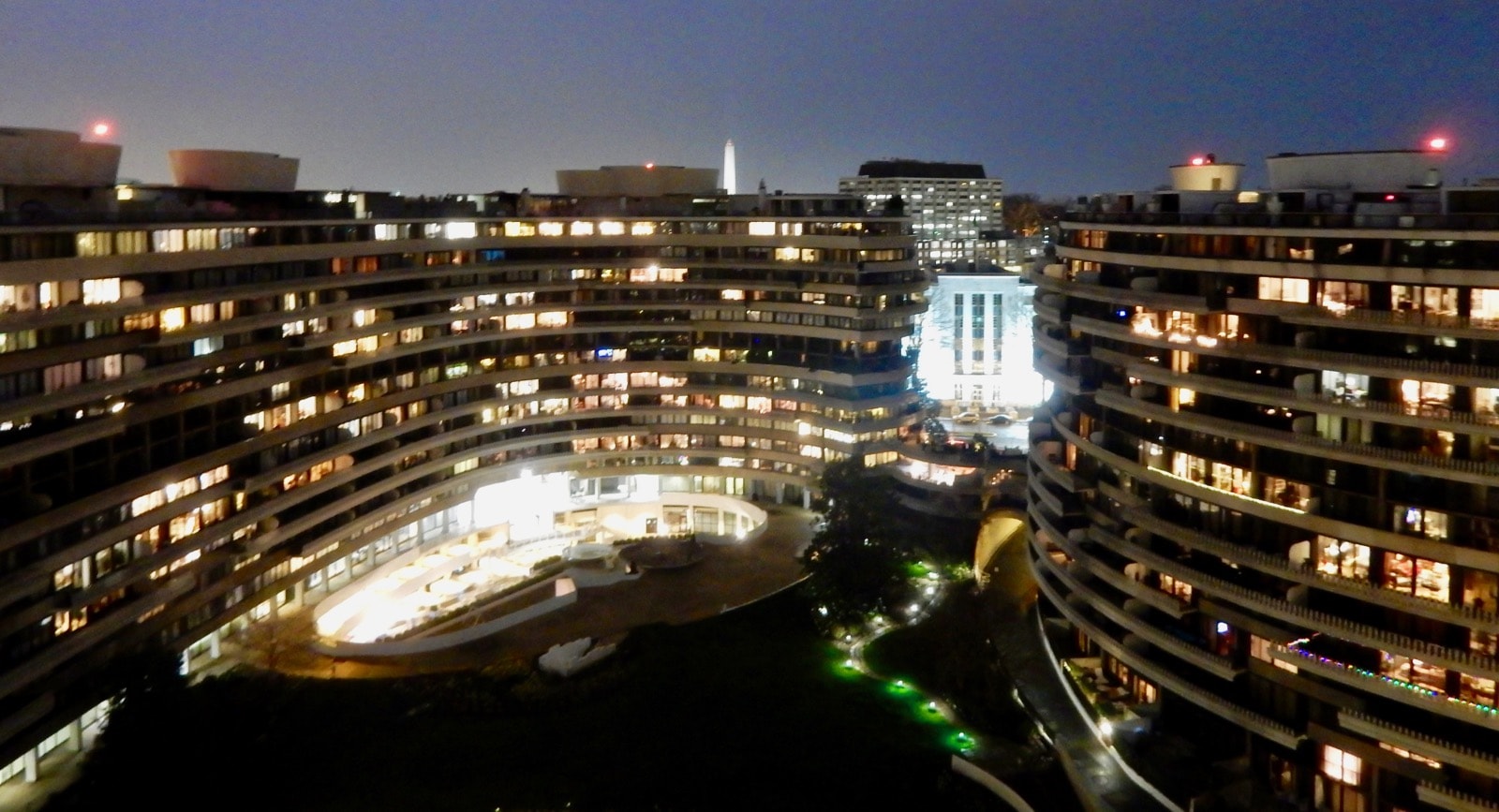 The Watergate Hotel blends seamlessly into the curvilinear Watergate Complex, a six-building compound in the Foggy Bottom neighborhood of DC, conceived and constructed in the Mad Men 1960’s.

Standing in the hotel lobby is akin to being inside a golden Slinky; coils of gold everywhere – as reception desk base, on support columns. It’s quite the snazzy décor, mirroring the exterior of the surrounding buildings, and continuing on in the lobby’s Next Whisky Bar – separated from incoming guests by a curvaceous, glowing wall of bottles the color of flaxen hair. The Midas Touch abounds.

Employees are on the ball, friendly and efficient – but must move you along quickly. The place crawls with well-heeled guests, no doubt a certain morbid curiosity at play. But really, there is nothing morbid about the current hotel, a Legend in the Preferred Hotels and Resorts of the World group. It’s a stunner.

Rooms at the Watergate Hotel 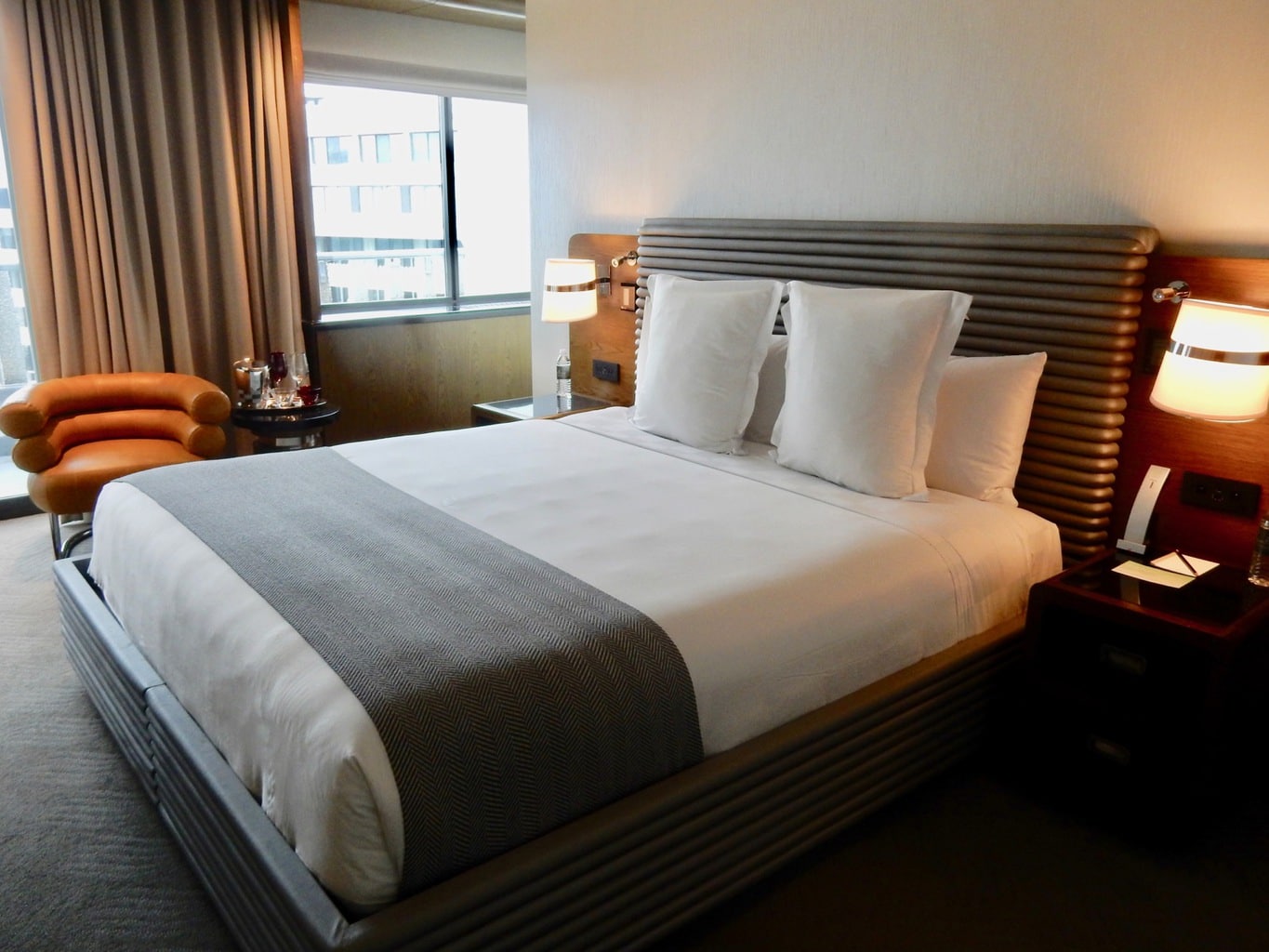 Some guestroom dimensions might be on the small side, but the impact is large, especially if you ask for a room with balcony overlooking the Potomac River. 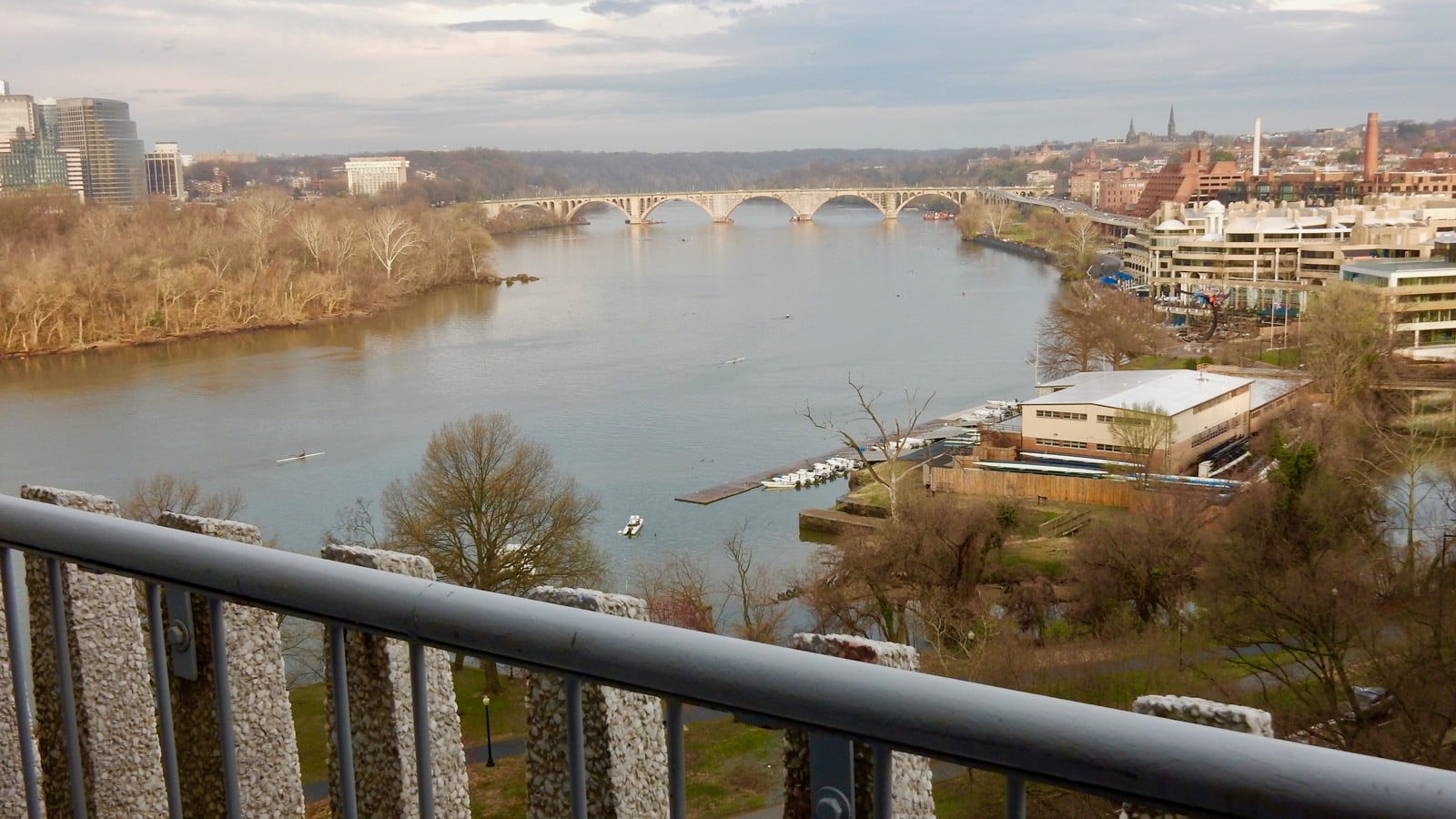 The coil motif continues into the rooms, on leather bed backboards and 70’s leather chairs. Each white duvet is warmed up with a grey houndstooth throw. 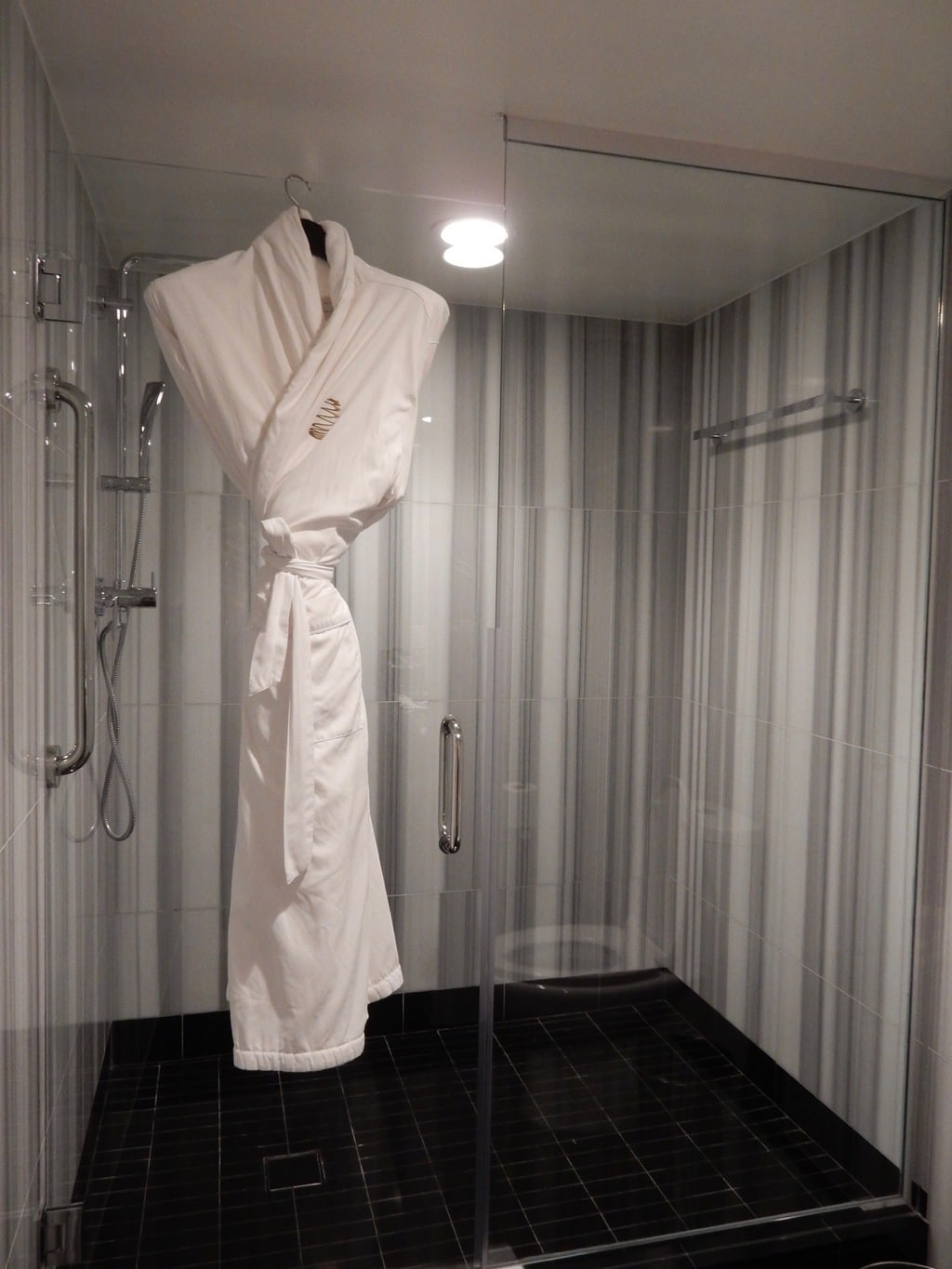 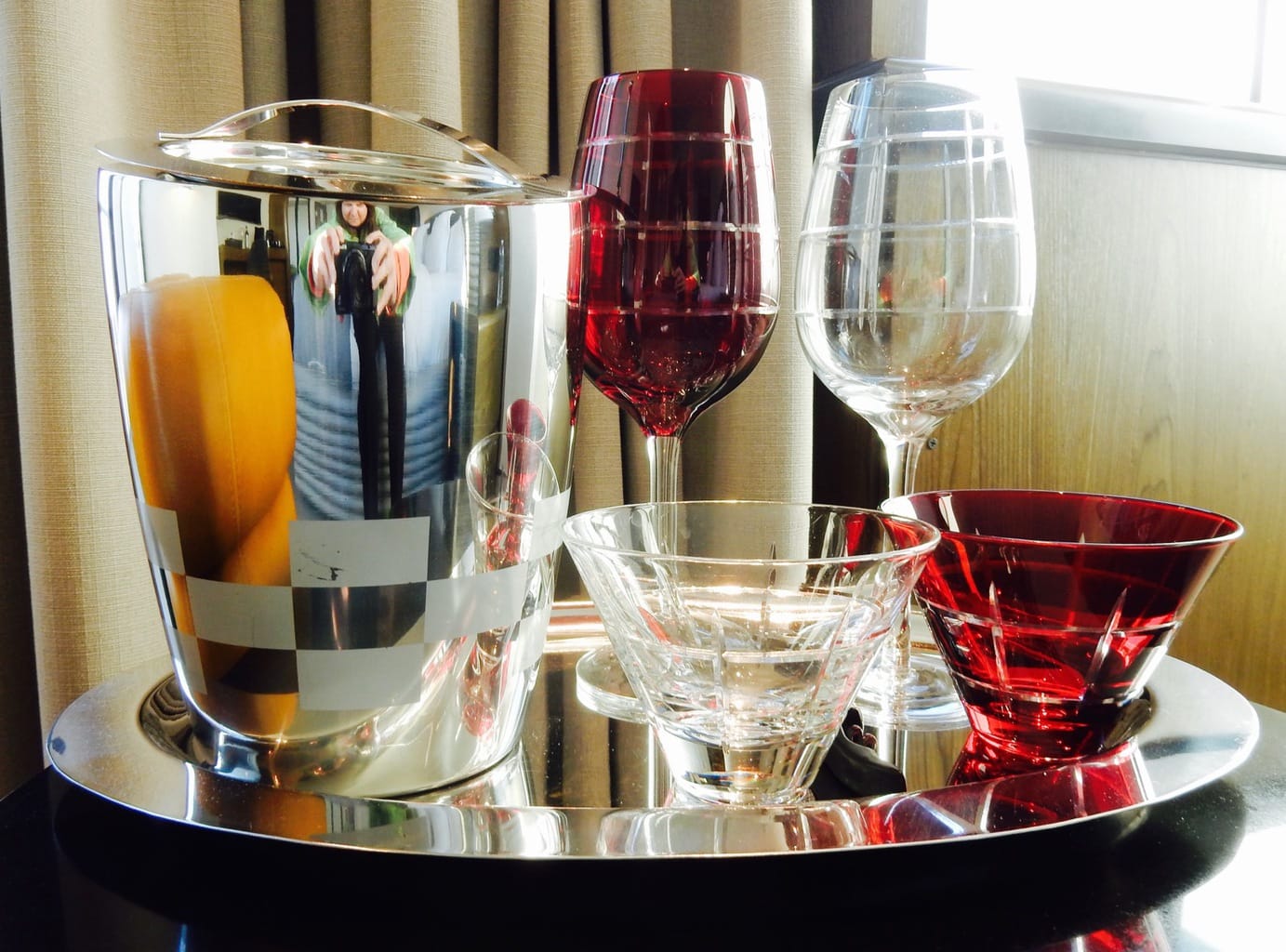 There’s a mod-sexy grouping of cocktail glasses on a side table, a flat screen TV, and all the modern amenities that a luxury hotel can throw at you. 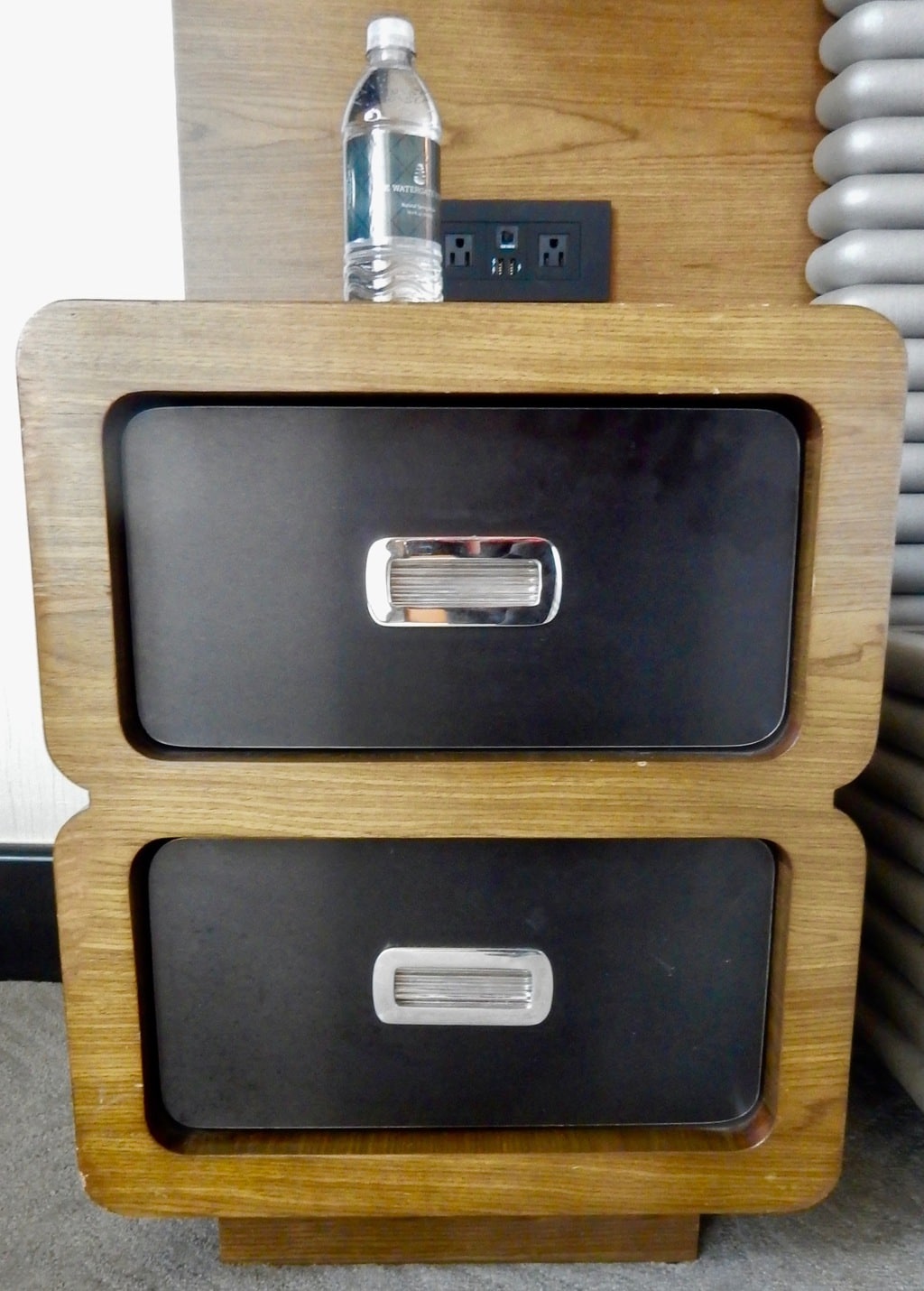 But, here’s the fun part. Bedside tables look like filing cabinets (haha), the complimentary pencils are stamped, I stole this from the Watergate Hotel, and room key cards read, No need to break in. 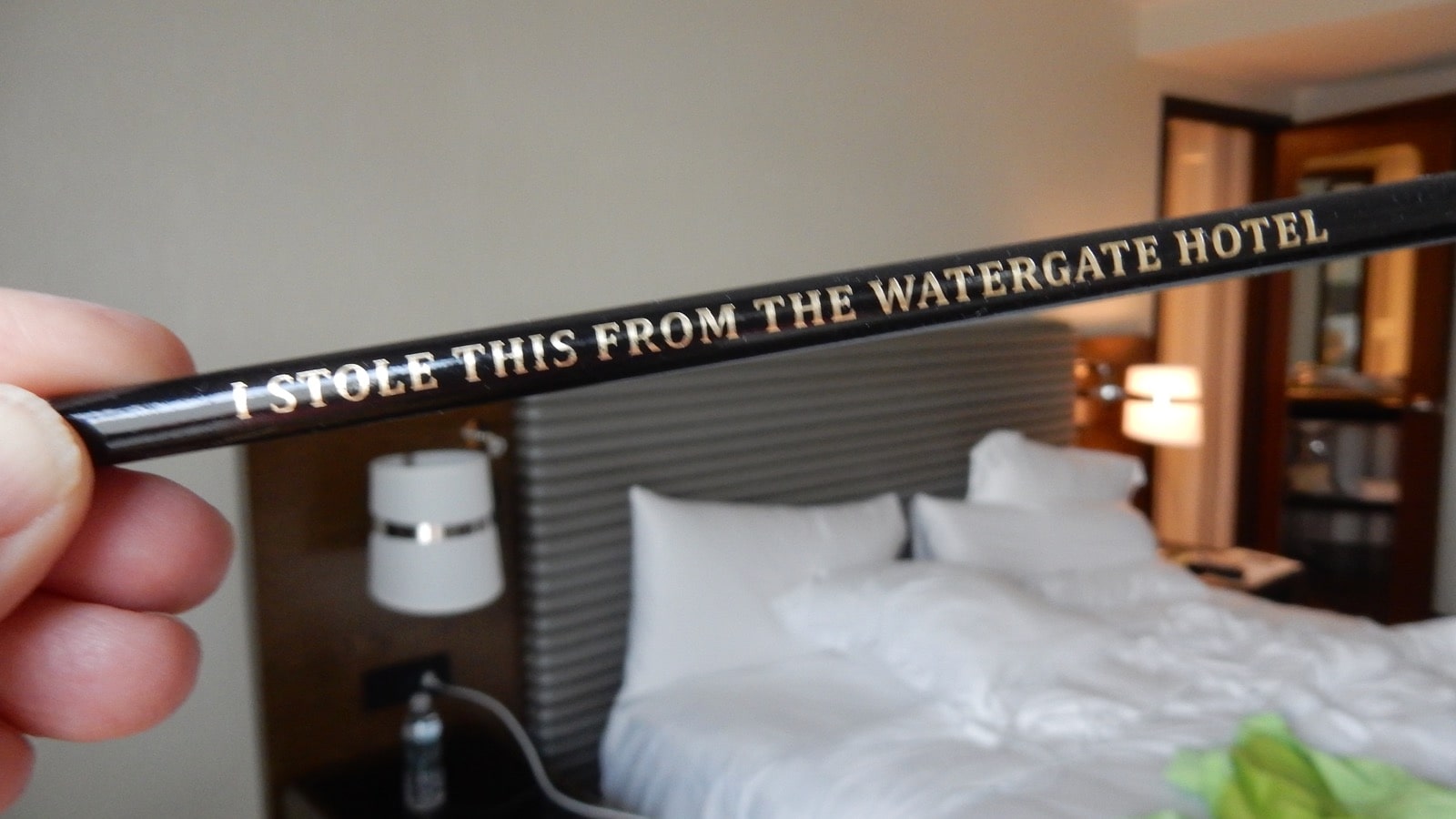 For a once in a lifetime kick – reserve the “Scandal Room 214″ (starting at $1200 per night). According to The Watergate’s website:

On June 17, 1972, E. Howard Hunt and G. Gordon Liddy, who helmed The Watergate break-in team, stationed themselves in The Watergate Hotel’s room 214. They used the room to monitor the burglary at the Democratic National Committee in the Watergate Complex office building, next to the hotel. This room has been decorated in collaboration with Lyn Paolo, the costume designer for Scandal, and contains items from the Watergate Scandal period.

A record player with 45 singles, binoculars, a manual typewriter, a reel-to-reel tape recorder, curated book collection and several pieces of furniture serve as a throwback to the 1970s. Modern amenities are also included– a 48″ flat screen TV with episodes of Scandal available for viewing. A spa-like bathroom with La Bottega amenities and two “Cover Up” robes to enjoy during your stay.

Food and Drink at the Watergate Hotel

The in-house Next Whisky Bar, Kingbird, and Top of the Gate all offer food and drink. Top of the Gate is the place to be for summer sunsets – with far off views of the Washington Monument.

Rooms and suites from $225 per night for smallest room on summer weekends to over $3,000 for a Diplomat 2-bedroom family suite. The Scandal Suite from $1,199 per night.

3 thoughts on “The Watergate Hotel, Washington DC: Fraught With Baggage and So Much Fun”