WHY GO: Historic Boston will be forever linked to America’s revolutionary stirrings. Tea Party, anyone? The Old State House celebrated its 300th anniversary in 2013.  The Paul Revere House, built in 1680, is even older than that.

Even if you snoozed through history class in High School, there are plenty of engaging ways to learn about our nation’s birth here, from Tea Party reenactments to Ghost Tours.

Things To Do In Historic Boston

First-timers to Boston should meander the 2.5-mile Freedom Trail – a self-guided walking tour that ushers visitors by (and into) 16 highlights of the American Revolution. For an additional fee, hire your own personal (or group) costumed tour guide to take you along on an entertaining trip through history.  Start at the Visitor’s Center and sign up, or purchase a walking tour booklet. You can also book a history tour online.

Built in 1713, the Old State House is the oldest surviving public building in Boston. Initially it housed the Council Chamber of the Royal Governor and offices of the Massachusetts Bay Colony. Within these walls, our Founding Fathers debated the future of what were then British Colonies.

The Boston Massacre took place right outside. Later, officials read the barely dry Declaration of Independence from the balcony to a celebratory crowd on the street. Listen to storytellers expound upon the history of the building, take a guided tour of the Boston Massacre site, and watch a thrilling multimedia presentation through Revolutionary Boston at the Old State House.

Get revved up by agitators. Dump bales of tea into the harbor. And stare agape at put-you-there holograms. But will you be tar and feathered?  That remains to be seen at this ingenious Living History museum that puts you in the middle of the action.  Learn about the original Tea Party in the very place it happened. $25 adults, $15 kids.

North 26 gets high marks for libations like “Cupcake Tini,” and blue-cheese-stuffed martini olives that, when soaked in Chopin Vodka “opens heavens gates,” according to one fan.  You and 11 friends can hold court at the Chef’s Table adjacent to an 18 ft. tall glass wine case, and enjoy inventive bites like Mushroom-Onion Gallet and superb grilled calamari.

Faneuil Hall is less known for its culinary star turns and more for its pubs, shops, pushcarts and tourist traps.  If you have never been there, go to say you have.

Otherwise, wander to Neptune Oyster in the North End and slurp down a few of those pearl-makers.

Are you 21 or over? Is it Tuesday? Do you enjoy beer and stories of Boston’s treasonous events? Led by an 18th century costumed guide, this “Historic Pub Crawl” includes a tour of Boston’s oldest and finest bars (Union Oyster House, the Point, the Green Dragon, and Bell in Hand) and samples of a variety of Samuel Adams beers and light fare. The 90-minute outing offered every Tuesday evening at 5:30 p.m. Begins at the BOSTIX Booth at Faneuil Hall. Reservations are required 24 hours in advance. $43 per person.

Where To Stay In Historic Boston

The Millennium Hotel literally sits atop U.S. history, spitting distance from Quincy Market/Faneuil Hall. When first built 70 years ago, architects were required to preserve a maze of historically protected cobblestone alleyways – some only a few feet across – within the building’s footprint. To do so, they designed three separate structures, joined by enclosed skywalks, from which visitors can now peer into our nation’s past. 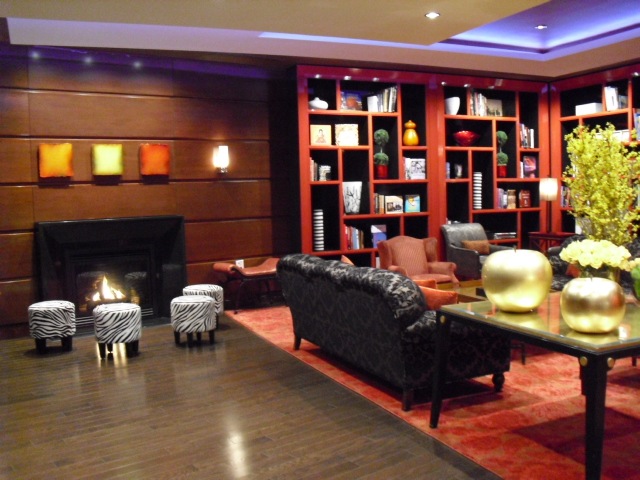 Your sleeping quarters might front a cobblestone byway or Quincy Market and the Big-Ben like clocks of Faneuil Hall.  Huge travertine bathrooms feature rain-shower heads in a glass shower fit for two. And custom toiletries include an arm-sized loofa. Ask for Room 442, which provides dead-on views of the market. It’s also a perfect perch from which to catch street performers.

If you’re lucky, you’ll hear the sweet sound of a saxophone playing The Star Spangled Banner as the sun goes down. Room rates from $260-$600 in high season includes complimentary organic coffee in the morning and homemade lemonade in the afternoon.  Complimentary WiFi.

Devotees of XV Beacon include politicos, celebs and refined-luxury hounds who check in to this 62-room boutique hotel for an Old World Boston Brahmin mansion experience complete with contemporary amenities. Within steps of the (new) State House, a stylish abstract black and white parlor that serves as lobby often buzzes with locals (and visitors) making plans.

Picture yourself post…..shower; in your Frette bathrobe, sprawled out on a luscious pillow-top contemporary four-poster, reading a delivered-to-your-door New York Times in front of a flick-of-switch gas fireplace.

Walls and floor, accessories and bedding, sport coffee colors of every permutation, from café au lait to dark Arabica. It’s the unexpected architectural details, though, like chunks of crown molding over the brushed nickel fireplace, that gives the crisp, modern aesthetic an interesting twist.