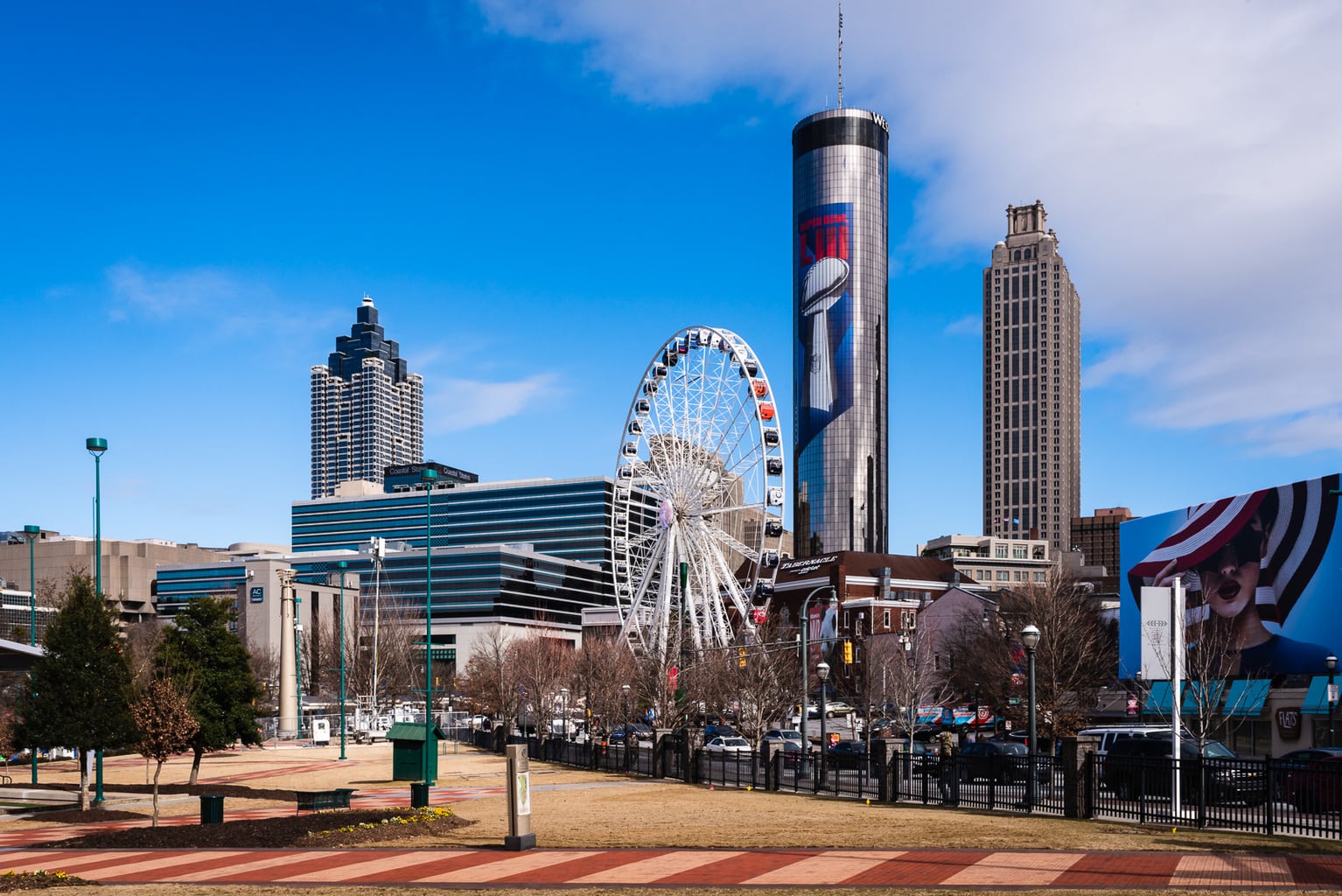 WHY GO: When Super Bowl LIII played in downtown Atlanta it was at the still shiny new Mercedes-Benz Stadium. Next door, the third largest convention center in the United States, Georgia World Congress Center (GWCC) anchors an entertainment hub that’s only a 15-minute Lyft ride from one of the world’s busiest airports.

Many of Atlanta’s most popular attractions, hotels, and restaurants are concentrated within strolling distance of Centennial Olympic Park, although you can hop on the Atlanta Streetcar to reach even more within a 2.7 mile loop. Big-city glitz wraps this metropolis with gleaming skyscrapers and a cosmopolitan polish, but at heart, Atlanta retains the feel of a charming Southern town. 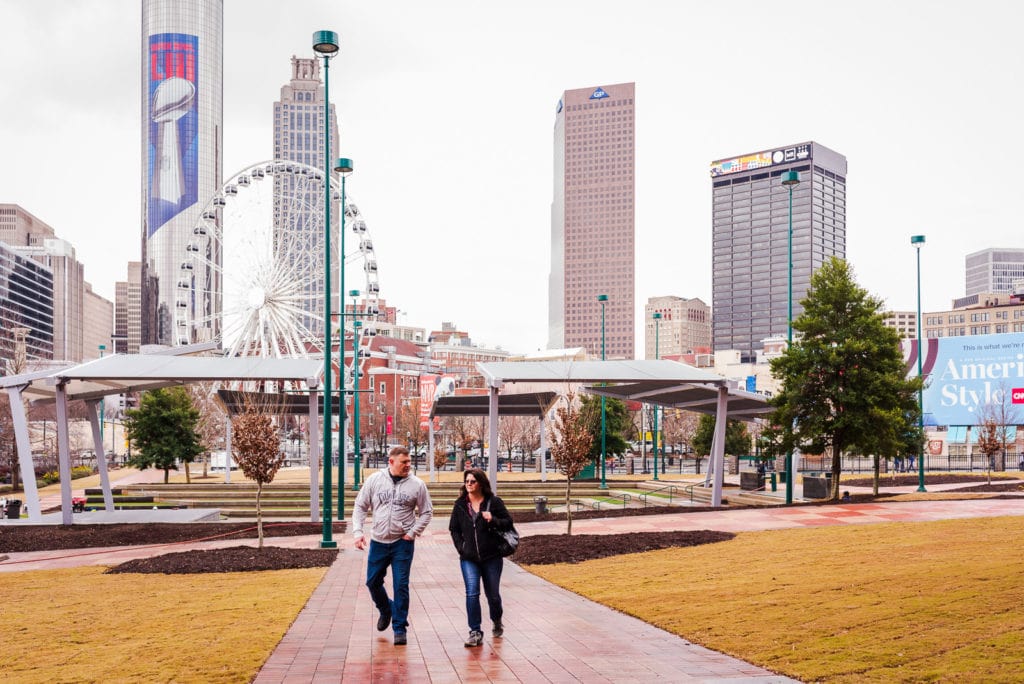 Things to Do in Downtown Atlanta

VISIT: Georgia Aquarium. When complete in late 2020, an $100 million, 104,100-square-foot expansion will add an immersive shark exhibit to what was already the largest aquarium in the western hemisphere.

VISIT: Atlanta Botanical Garden. Set next to the Piedmont Park, a multi-use green space in Midtown, the botanical collections cover over 30 acres devoted to Southeastern flora as well as rare collections such as that of the Fuqua Orchid Center. Spring through Autumn, drop in on Thursday evening Cocktails in the Garden for specialty drinks and live music in a fairytale setting. 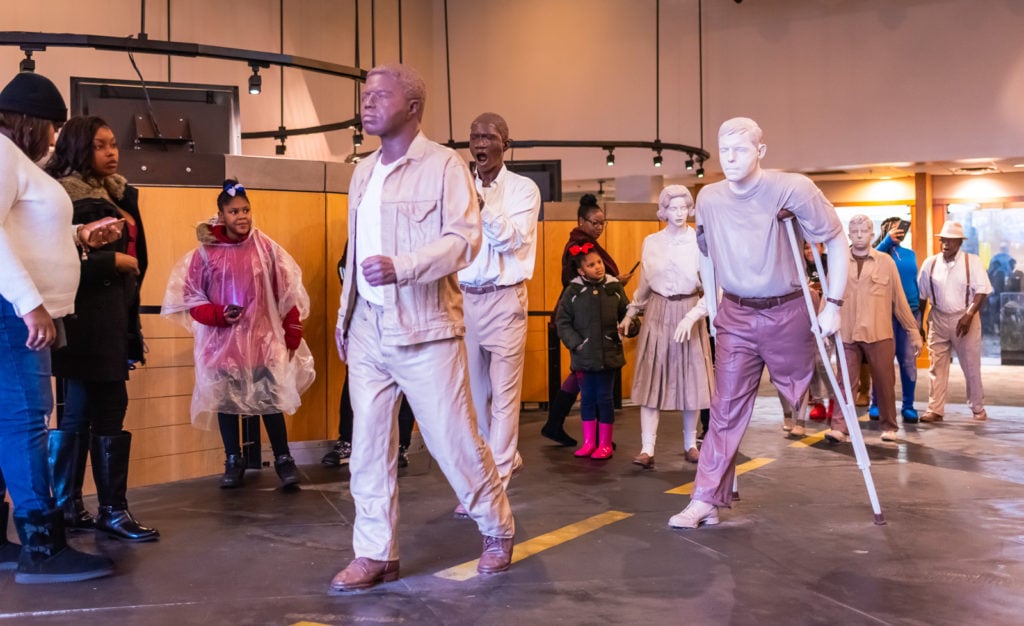 TOUR: Martin Luther King Jr. National Historic Site. Begin with the orientation video and informative displays in the Visitor Center before touring the several buildings and gardens, over 35 acres, that are part of the site. Note that the Birth Home Tours do sell out, plan to go early. (Check our list of weekend getaways to historical sites for even more inspiration.)

VISIT: Center for Human and Civil Rights. This educational museum is well worth at least a 2-hour visit to learn about the struggle for equality in America; it’s a good complement to touring the Martin Luther King Jr. National Historic Site for understanding the civil rights movement within the context of global human rights. 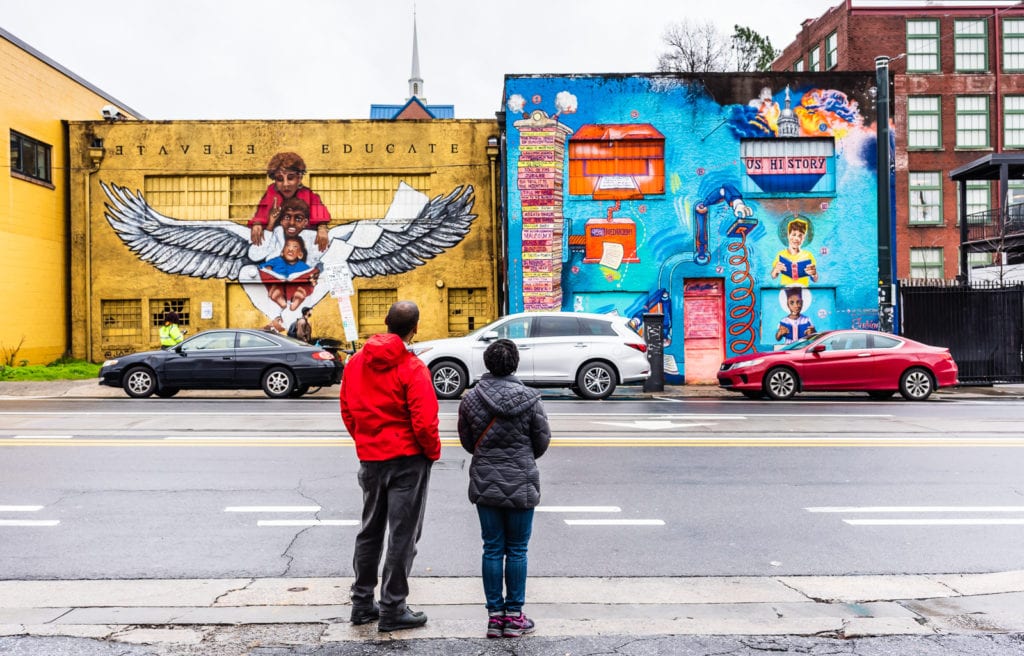 SEE: Atlanta Murals. Atlanta has one of the most colorful and diverse mural collections in the country, and it’s growing. In anticipation of Super Bowl LIII, the city is adding 30 murals inspired by the Civil Rights Movement. Check the Atlanta Street Art Map for directions and artist links, as well as self guided walking tours, encompassing the city’s extensive public art works collection.

VISIT: World of Coca Cola. If you’ve ever dropped into Club Cool at Disney World’s Epcot, you may already be familiar with the soda sampler. Kids (and many adults) grimace over the unusual soda flavors that are popular around the world.

Expect even more variety (and weird flavors) at the Taste It! Beverage Lounge. Plan on at least two hours to get through the bottling works display, marketing exhibit, 4D Theater, and interactive Secret Formula Vault. Consider the VIP Guided Tour to avoid long lines and delays.

VISIT: College Football Hall of Fame. More than just a homage to the best of the best college players, the 95,000 square foot venue holds a 45-yard indoor football field with Touchstone Tunnel and Skill Zone Course. 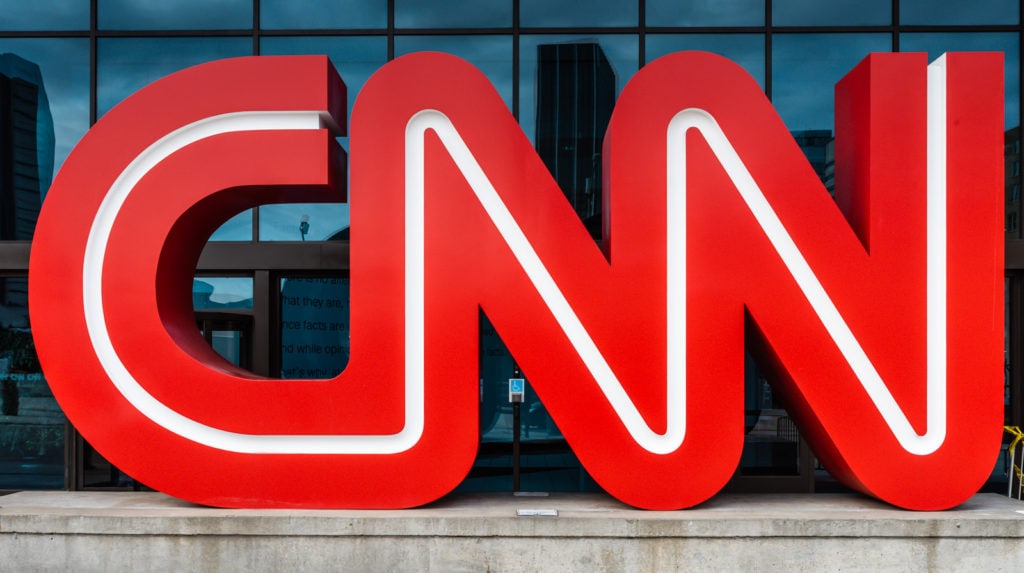 TOUR: Southern Food Walk. The city boasts several food tours, some combining history and tastings. The Southern Food Tour stands out by offering 15 food tastings at 7 locally owned restaurants, with a look at the role food played in city history. 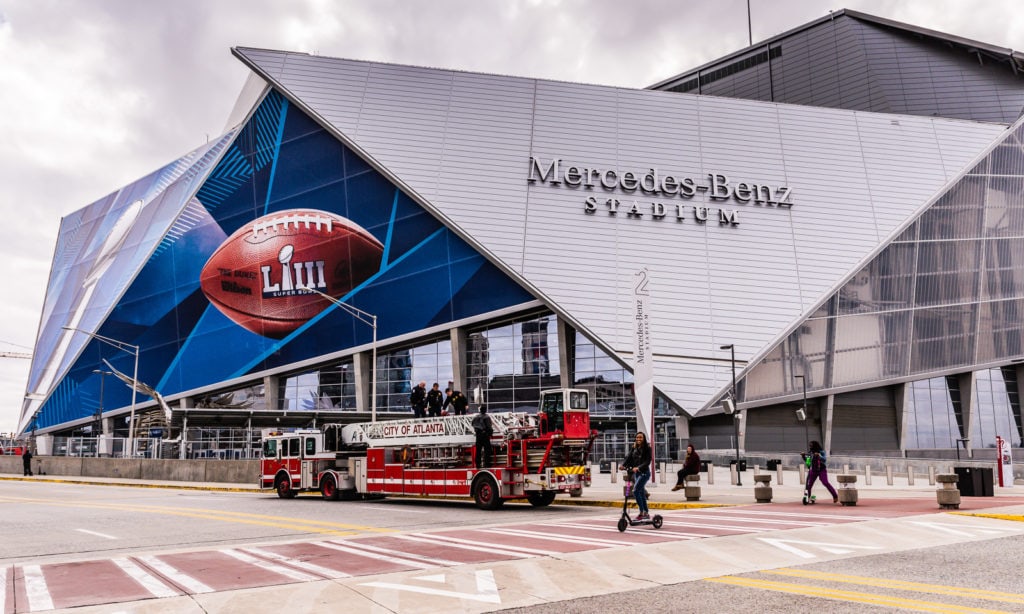 GO: The App transportation movement is in full force in Atlanta with a full assortment of electric scooters, bike sharing, and mopeds from Lime and others. Use with caution, and do consider traveling with helmets. 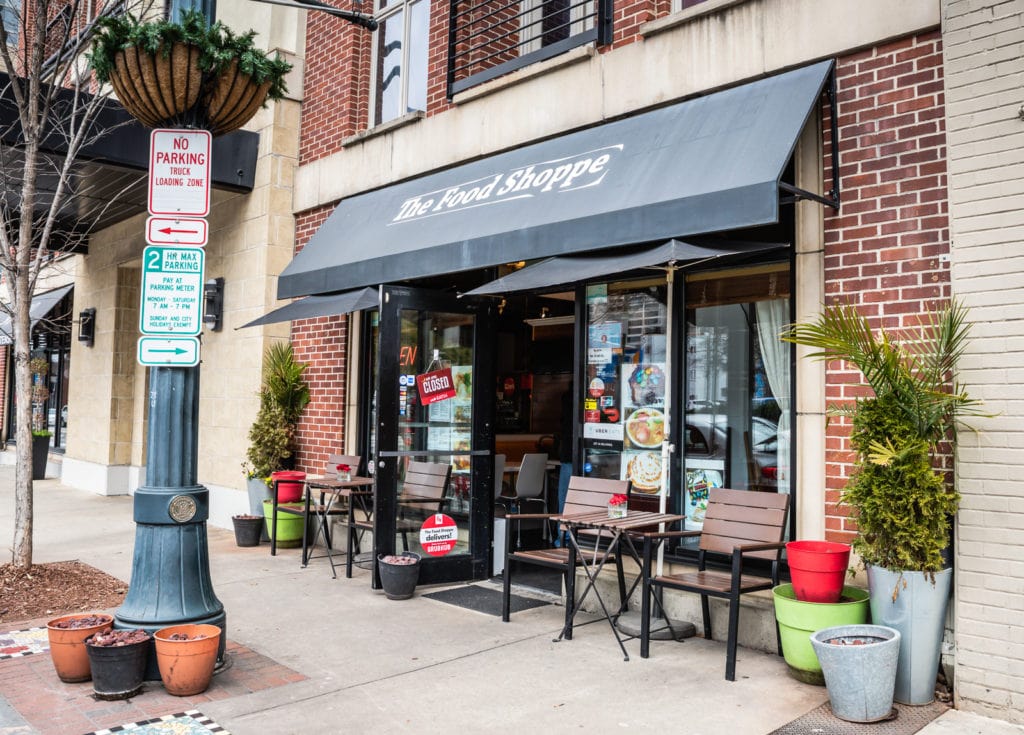 VIEW: Sun Dial Restaurant. It’s hard to beat the view from atop one of Atlanta’s tallest buildings, but the Westin Peachtree Plaza’s premier dining venue goes all out by maximizing window-side seating in a three-level restaurant that revolves 360 degrees. Delicious farm-to-table fare, an extensive wine list, and signature cocktails ensure a truly special dining experience.

Tasting Menu: Staplehouse. Doing good and being good, meals at Staplehouse benefit the Giving Kitchen, serving restaurant workers in crisis. With seasonal tasting menus described as transcend, this is one of those bucket list restaurants that warrant repeat visits.

CHEAP EATS: The Food Shoppe. Nothing is really cheap in downtown Atlanta, but dishes here are relatively affordable and the location can’t be beat (one block from Centennial Olympic Park. Expect typical creole fare; the Shrimp & Grits, Mac n’ Cheese, and made-from-scratch Jambalaya are outstanding. There’s only a couple of tables indoors, consider doing take out. 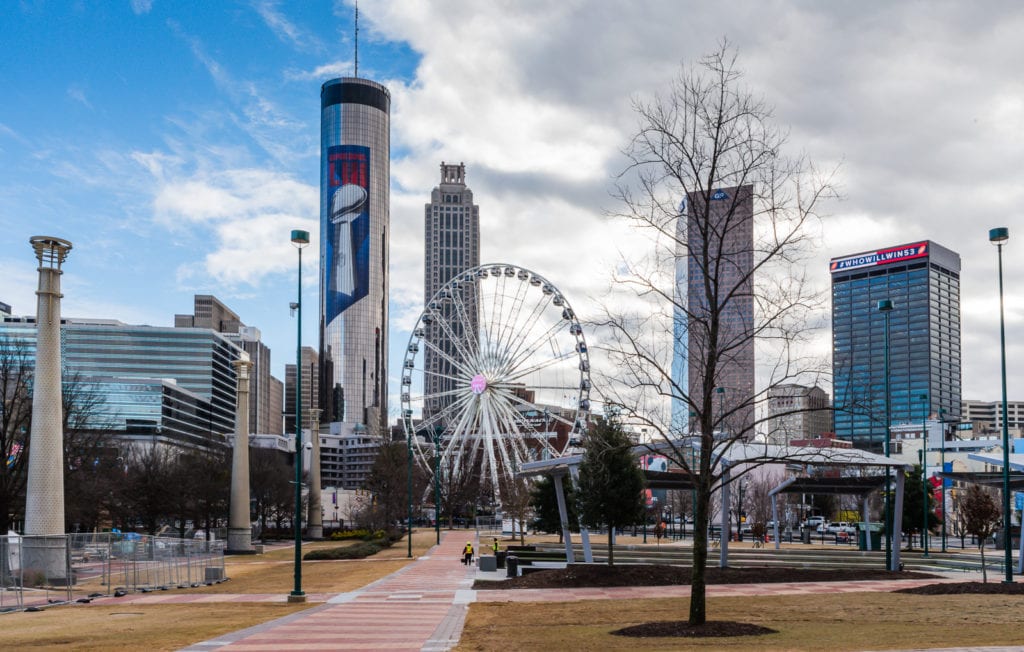 STAY: Westin Peachtree Plaza. The plusses: central location, very friendly staff, amazing view, indoor pool, onsite Starbucks, decent size room (for an urban hotel,) and all that one expects from the upscale Westin brand. Only drawback was the $48/night parking fee (not uncommon in major cities,) and that the entire computer system was down upon our midnight arrival, leading to long lines at checkin. (It’s hoped that this was an unusual occurrence.)

HISTORIC/BOUTIQUE: Ellis Hotel. Luxury with a dash of whimsy, some of the hotel’s more unusual offerings include specialty floors for Women Only or Dog Lovers. 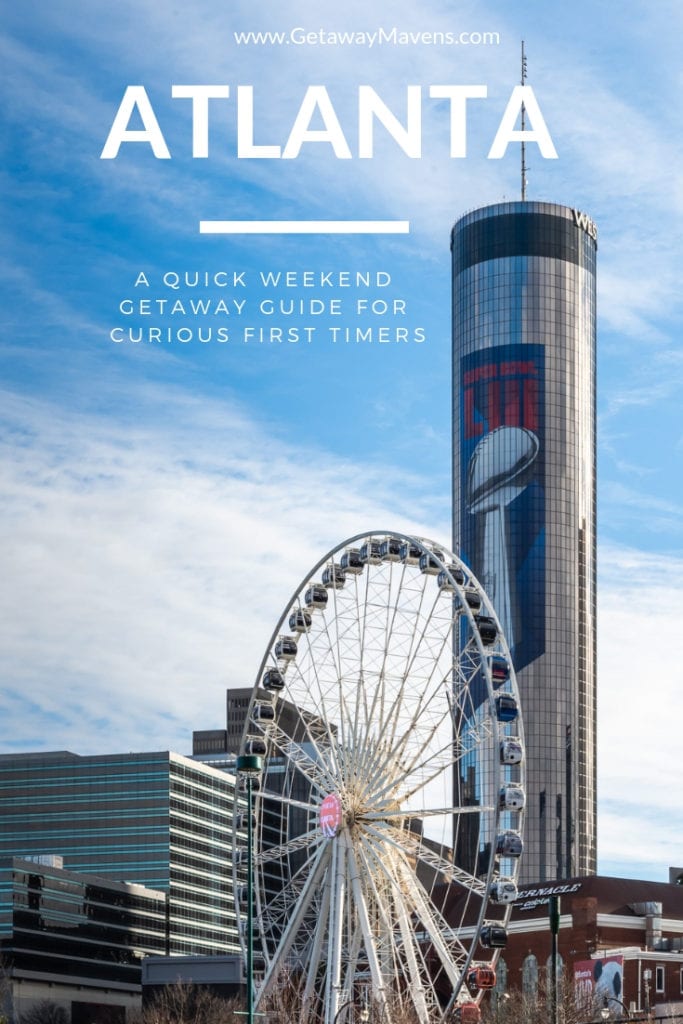