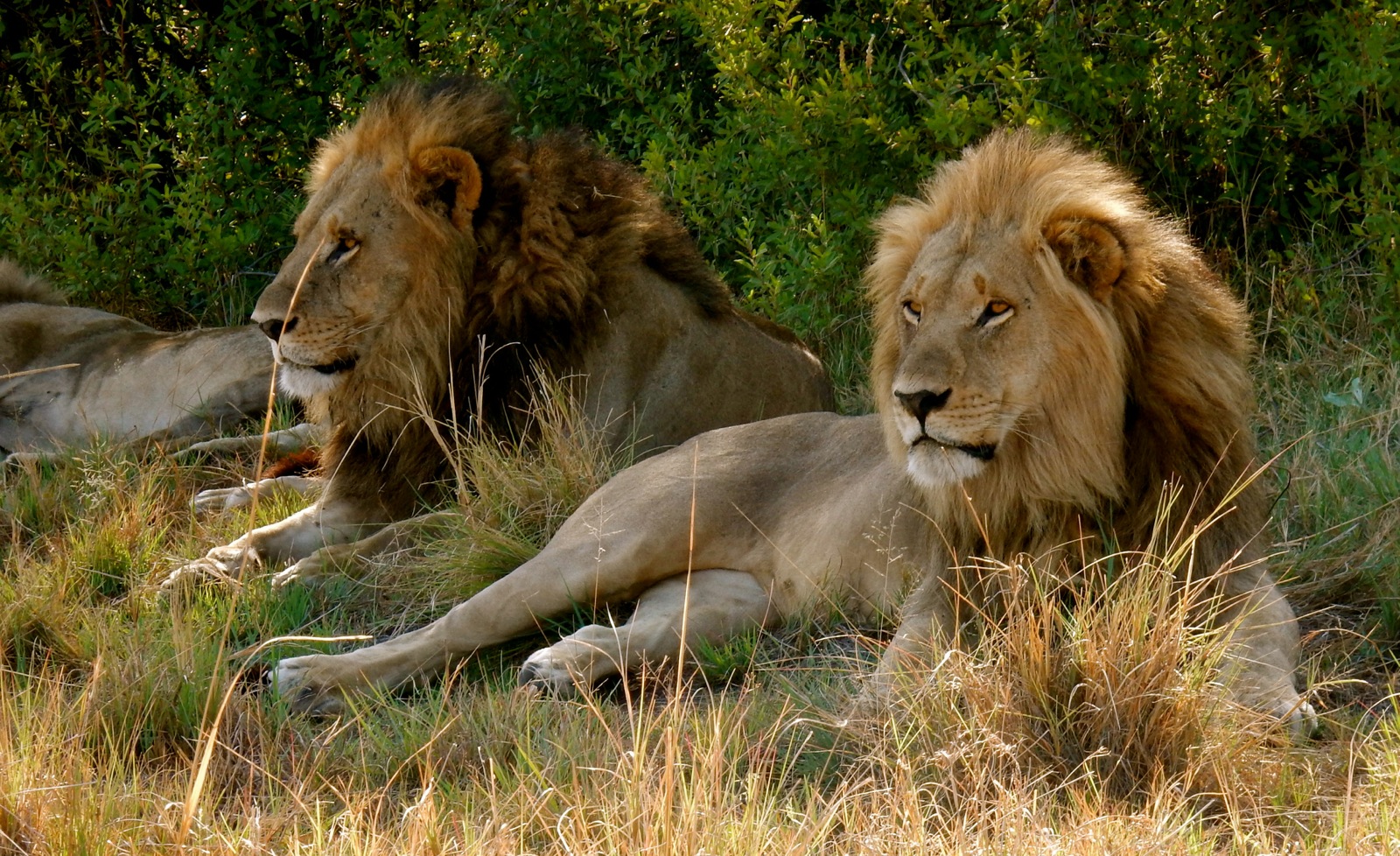 A “Classic” Wilderness Safari Camp, Seba Camp in Botswana’s famed Okavango Delta, is considered one step down from Wilderness’s over-the-top Premier Camp level. But you could have fooled me.

Both Classic and Premium Wilderness Safari Camps throughout Southern Africa are completely adept at spoiling guests rotten (primary difference between the two is level of cuisine and the cost, which can be three times more for Premium status).

Seba, with its team of genuinely warm staff, is a “family camp” with accommodations for multi-generational groups. Wilderness’s “Bush Buddy” program insures that your little ones will be cared for and engaged while parents and older children go out on game drives. 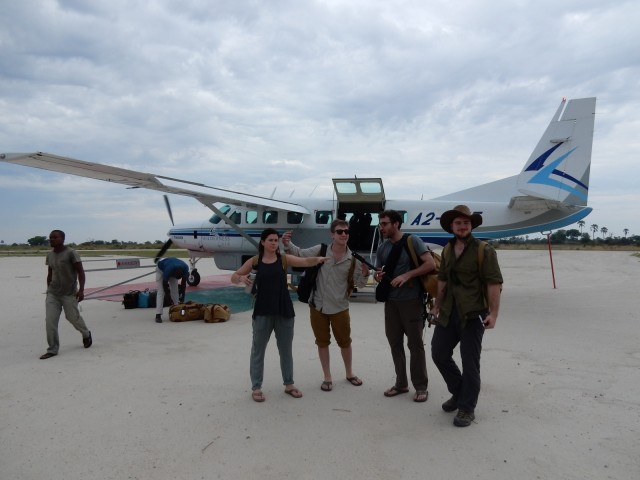 After a grueling trip (15 ½ hour direct flight JFK to Johannesburg, two hour layover and 1 ½ hour flight to Maun, Botswana, and then a 35 minute flight on a 12-seater Wilderness Air bush plane), we were greeted at the Camp airstrip by the smiling Matamo Mate – “just call me Mate” – our guide for three days. Mate’s sense of humor and expertise put our group of 8 (two families of 4 traveling together) at ease. 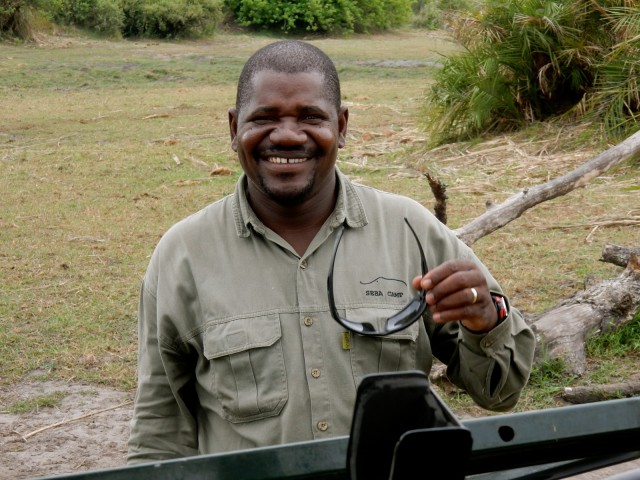 Seba Camp staff whisked our bags away – we never had to carry them while in the care of Wilderness Safaris. While our bags were being delivered to our bungalow tents, Mate narrated the 20-minute drive from landing strip to camp (in an open 8-person Land Rover).

Approaching the camp complex, Mate exclaimed – “There’s a Big Boy” – and sure enough, a large male elephant was foraging away on a tree right beside one of the bedroom suites. We soon discovered this was a common occurrence. 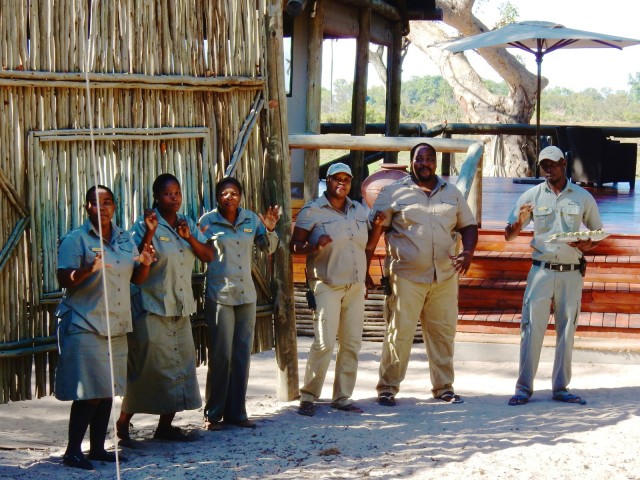 As we pulled up to the entrance, six Seba Camp staff members were lined up, singing and ululating a warm welcome. We met the soft-spoken Nature (camp manager), short and cute Precious (chef and “Bush Buddy”), lovely Masha (chef, waiter) earnest OB (waiter), and others. 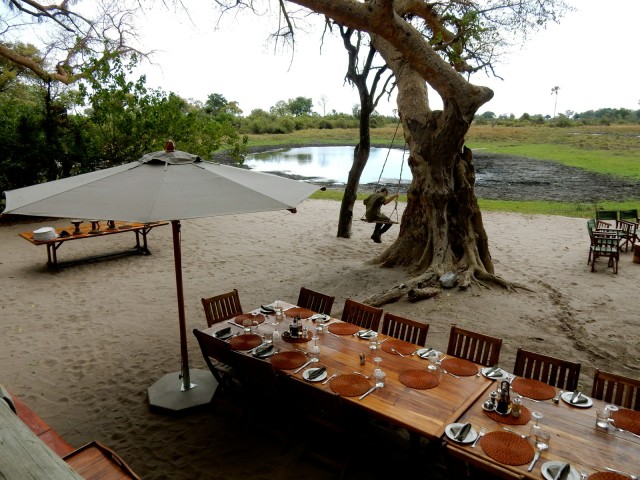 Seba Camp’s communal area – consisting of a bar/dining area, library, and sandy beach with fire pit overlooking a very active water hole – is prime meeting and eating place. Mischievous monkeys steal food from tables (and sometimes directly from the plate on your lap), and you’re likely to see elephants or other animals drinking or bathing at the water hole just yards away. 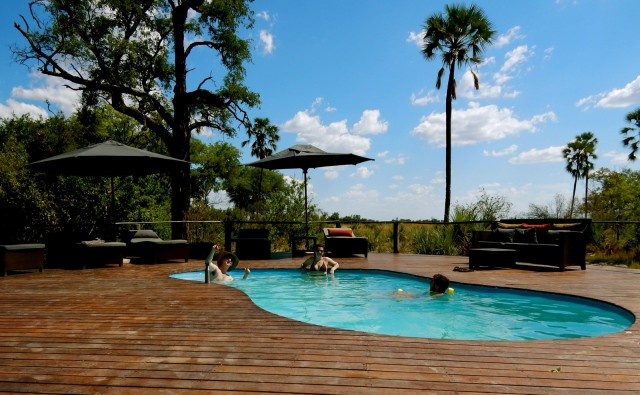 On hot days, the resort-style shallow pool, surrounded by palm trees and chaise lounges, is the human “watering hole,” where homo sapiens gather to cool off during the mid-day “siesta.”

As an “eco-camp,” Seba can accommodate about 16 guests. On the first night – December 20th, we were the only guests, and treated like royalty. 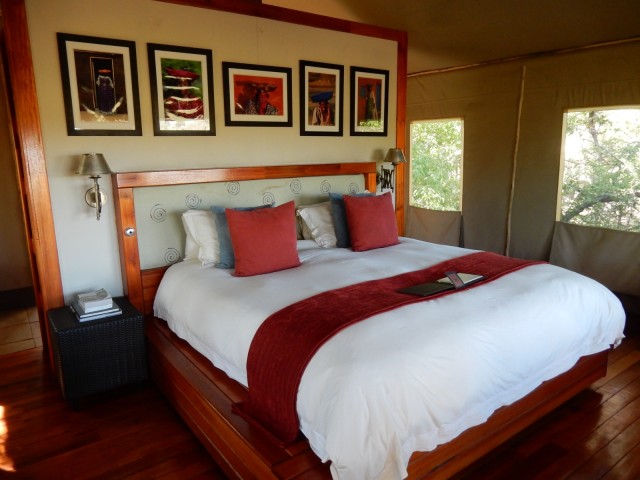 Seba Camp guests are housed in private canvas bungalows – each with a comfy bed, desk, seating, coffee/tea service and balcony overlooking field or watering hole. Each cabin is designed to contemporary luxury standards, with en-suite bathrooms and netted “windows” through which you might see elephants a few inches away. 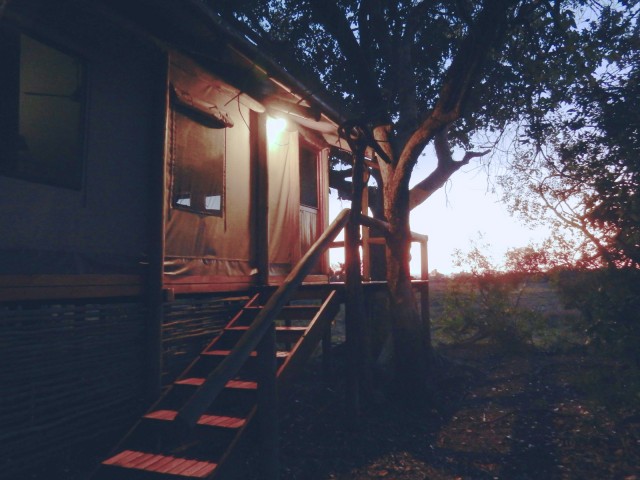 After dinner, a camp guide will escort you to your Seba “home,” telling you explicitly not to emerge from it until daylight. Humans are the interlopers in the bush – and you wouldn’t want to be at the tusk-end of a startled elephant! 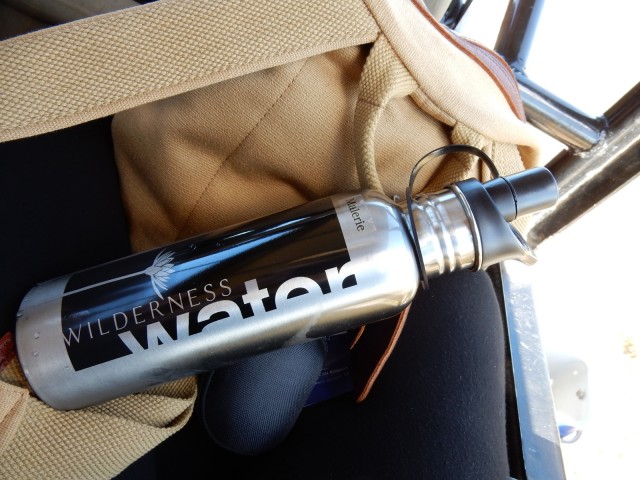 This is where Wilderness Safaris excels. Upon arrival, you’re issued a personalized water bottle, filled by camp staff before each morning and afternoon drive. Each time you return to camp after a game drive, a team member is waiting with a plate of ice-cold washcloths (in summer) or warm drinks and hot towels (in winter).

To cut down on the amount of clothing required for a photo-safari (bush planes have strict regulations on size and weight of luggage), Classic and Premium Wilderness Safari Camps offer complimentary laundry service – a most appreciated perk.

There is a rhythm to each day that revolves around seeing a variety of animals in the wild and eating. Morning game drives (up at 5am, quick bite at 5:30, in Land Rover at 6am) take advantage of creatures emerging from sleep – and before they crawl into shade – with a stop to dunk a cookie in a mug of coffee.

Back to camp by 10:30am, you’ll have a more extensive brunch at 11am, followed by a four hour mid-day “siesta” which can be spent in the pool, under fans in the main area or in the privacy of your own bungalow. 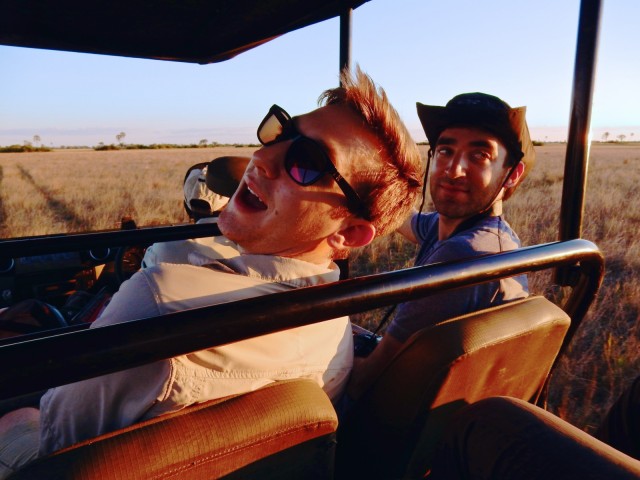 At 3:30, join everyone for High Tea (great appetizers) before heading back in the Land Rover at 4pm to take advantage of the honey-colored light and stunning sunsets. To appreciate each sunset, your guide will park the vehicle in a safe place, set up a table with wine, beer and snacks, and allow a leg stretcher.

You’ll return to camp after dark, just in time to find tables, aglow with votive candles and lanterns, set for an enchanting gourmet dinner. 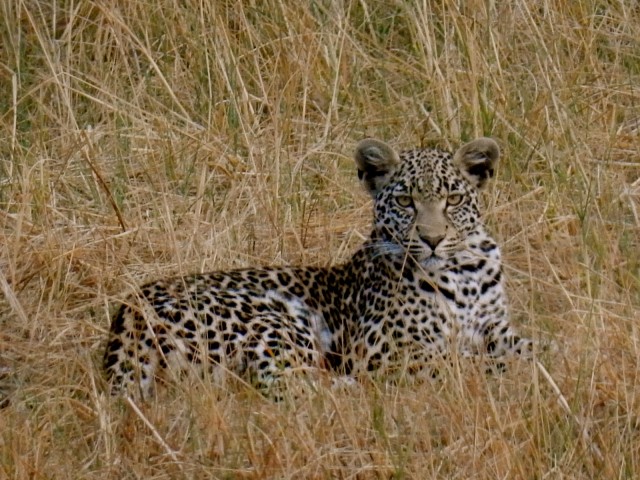 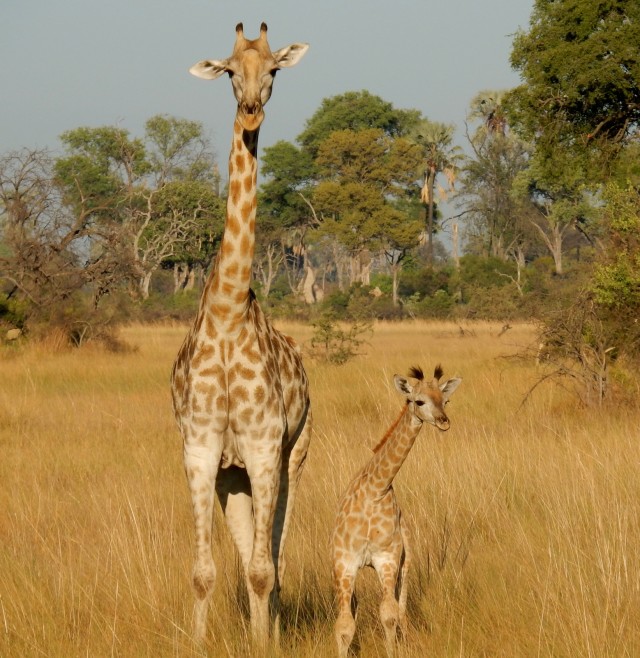 Though “experts” declare May-October, the cooler dry season, to be optimal for a photo safari, we visited in late December, the middle of summer’s hot “rainy season,” which was thrilling as many animals had given birth the month before and the Delta swarmed with babies! Southern Africa has been experiencing a drought this year (’15), however, so skies were mostly clear. Generally during rainy season (Nov-March), afternoon rains liven up the animals and turn the dry brown landscape a lush green. 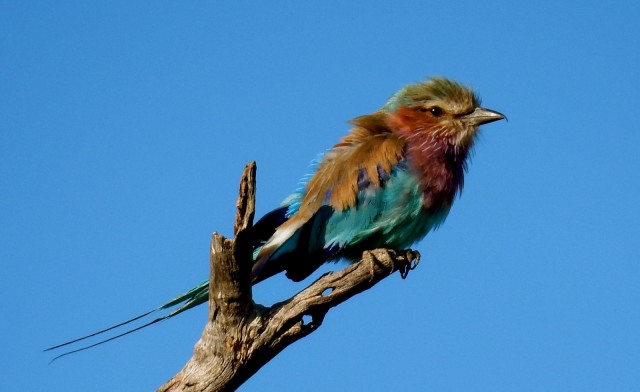 Mate, like most guides, is a zoologist, tracker, teacher, ecologist and all around expert on animal behavior. So, while we were gazing at elephants giving themselves a dirt bath (“to remove parasites from skin after water-bathing”), watching a leopard hide a dead baby warthog in the crook of a tree (“he must have killed two, eaten one and is saving this one for later”), seeing giraffes at full gallop (“a group at rest is called a ‘tower,’ but running they are called a ‘journey’”) or witnessing a fight near to the death between male lions, Mate offered constant commentary about everything in our field of vision. Though in an open vehicle, we felt pretty safe. These animals see the vehicle as a “complete unit” – until that unit alters shape. We’ve were warned not to stand up, lean out or otherwise “break the profile” while in close proximity to predators. 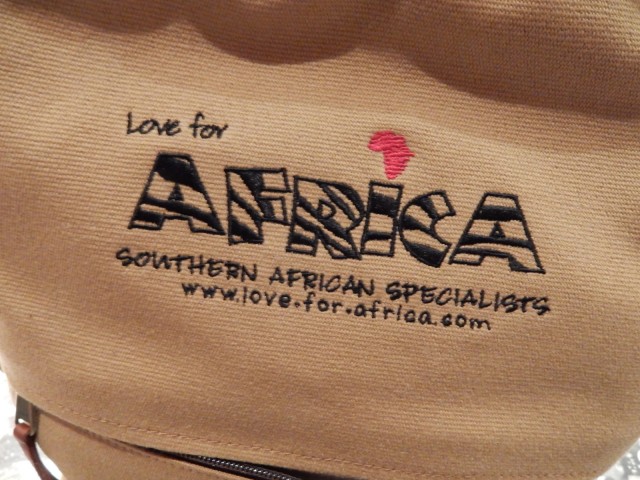 To get the most out of a Photo Safari trip to Southern Africa, have an expert tour company, like Love For Africa, make arrangements. Though Wilderness Safaris is one of the best companies in the region, there are other camps and activities to choose from, depending on your time and budget. Love For Africa, based in Victoria Falls and helmed by former Wilderness Safari Camp Guide and Manager, Blessing Munyenyiwa, who also has experience in the USA as guide for Disney Animal Kingdom and Director of Kid’s Programming on Disney Cruises, provides top notch expertise and service.