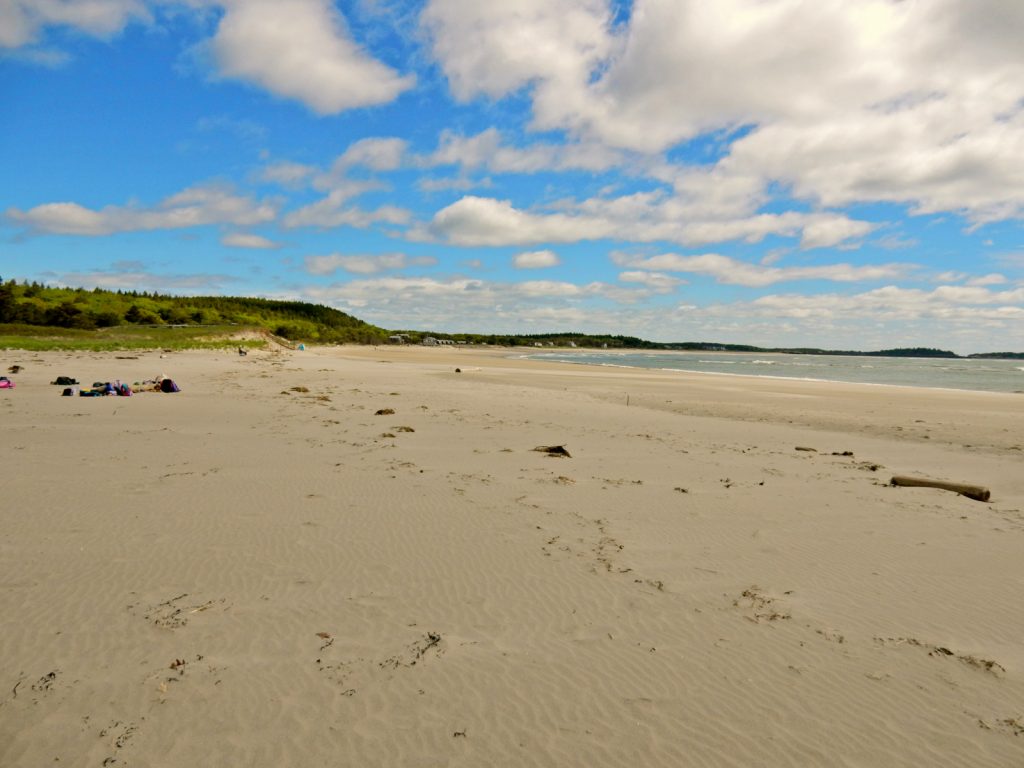 WHY GO: Maine was a shipbuilding powerhouse, and still is, which is why the phenomenal Maine Maritime Museum is located in Bath on the Phippsburg Peninsula. Bath, in fact, is still home to mega-boat-builder, Bath Iron Works. 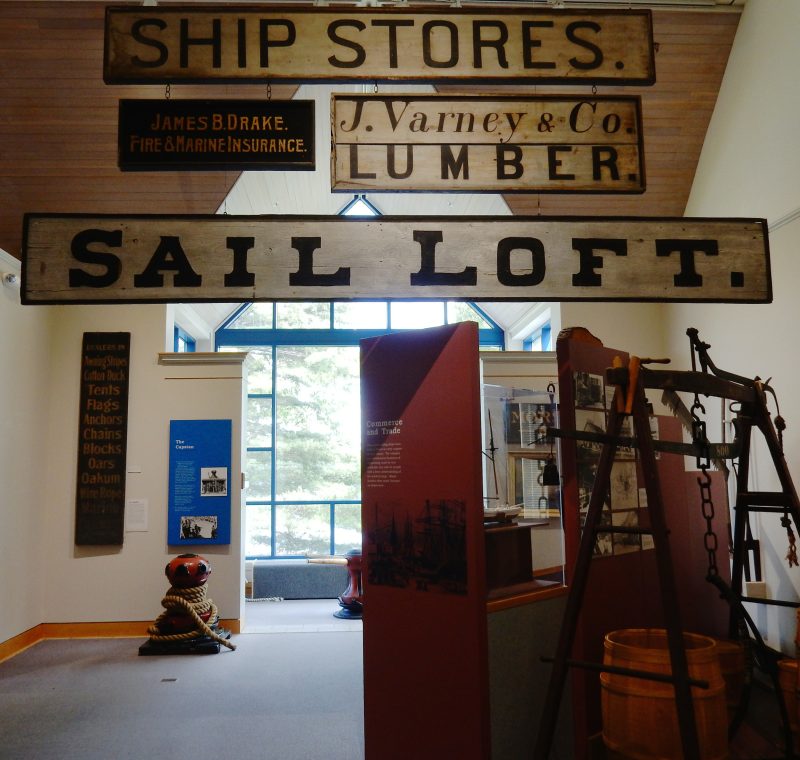 So, gear up for a great getaway full of American History, Art, and Recreation on this often overlooked portion of Coastal Maine.

Things to Do in Brunswick, Bath and Phippsburg Peninsula ME 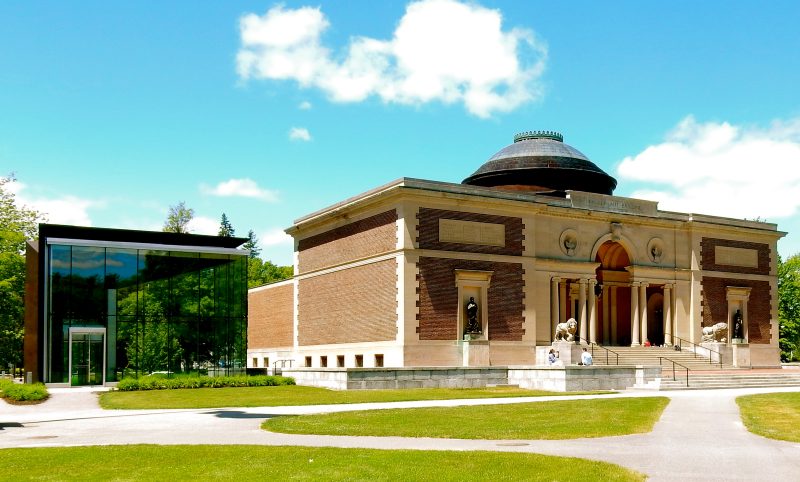 Enter through a glass cube into this wonderfully eclectic museum. The Bowdin Museum of Art is filled with everything from Assyrian cuneiforms to avant-garde video installations. This is a vibrant place, endowed in 1794 by James Bowdoin III, whose 1811 bequest established the earliest collegiate collection of European paintings, drawing and prints in America.

The murals in the soaring,Walker Art Building’s rotunda, are “designed to inspire.” James Bowdoin considered “art as high point of Western Civilization.” This enticing institution certainly is a high point among college museums, and very much worth visiting. Open Tues-Sat 10-5 (Thurs till 8:30pm), Summer Sundays Noon-5, Free. 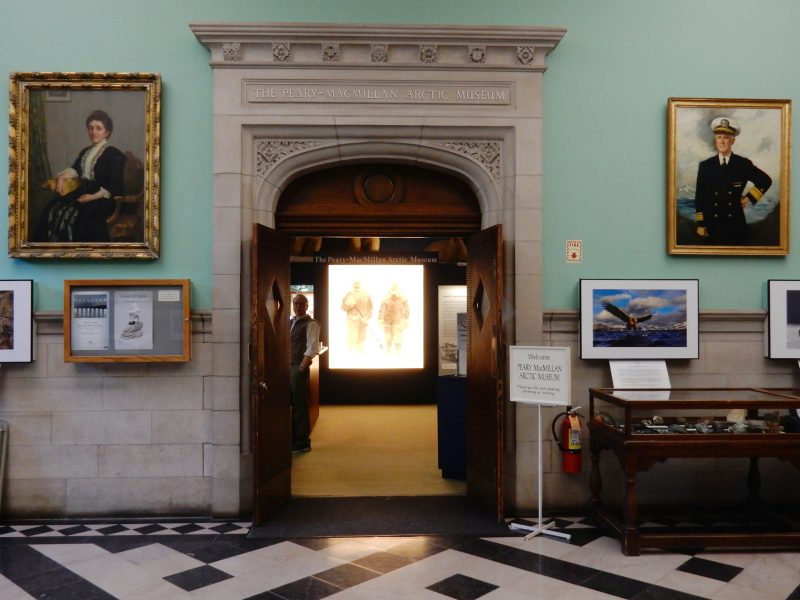 Most visitors come to Bowdoin for the Art Museum, never realizing that this is here. But as eclectic museums go, the Peary-MacMillan is tops. This museum celebrates the indomitable spirit of world exploration at the dawn of the 20th century – specifically Arctic expeditions conducted by Robert Peary (class of 1877) and Donald MacMillan (class of 1898).

Peary, Matthew Henson and four Inughuit reached the North Pole in 1909 – the first humans to reach the North Pole and record it. Although MacMillan was on that expedition in a support capacity, he did not make it all the way to the North Pole. But he did continue to work in the Arctic until 1954, collaborating with scientists and northern residents.

Exhibits are full of fascinating trivia, including remnants from a box of Grape Nuts Cereal that MacMillan loved. Most stirring –  photos and artifacts from the Crocker Land Expedition – a failed attempt to find a new arctic landmass, which was proven to be merely an optical illusion. Open Tues-Sat 10-5, Sun 2-5, free. 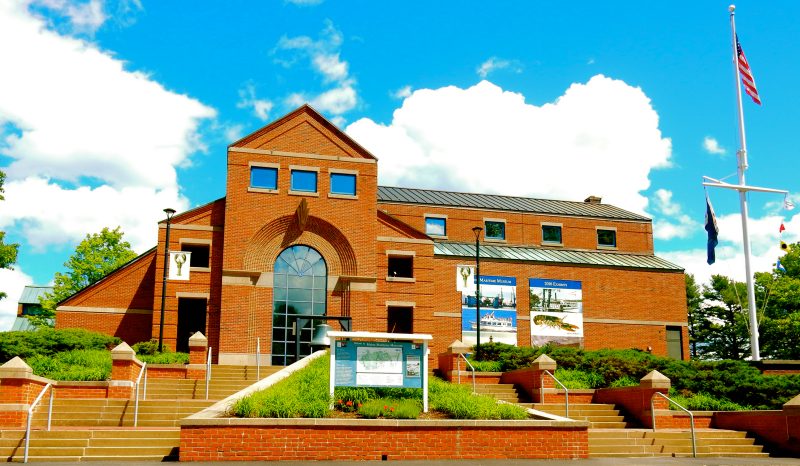 The Maine Maritime Museum complex offers a compelling look at how boats were designed, made and launched prior to computers and electronics.

It makes perfect sense that this museum is located on Kennebec River property of Percy and Small Shipyard – known for constructing the best multi-masted Schooners in the late 1800’s and early 1900’s. 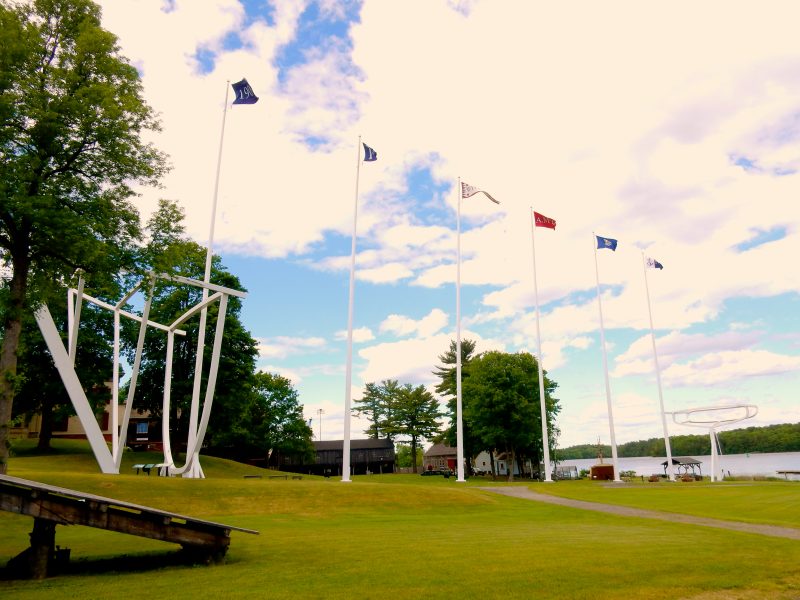 Most astounding is the contemporary white sculpture that outlines the dimensions of the Schooner Wyoming. The largest sailing vessel in the USA, it was constructed on-site in 1909.

The artistic interpretation of the Wyoming – 50 ft. wide, 40 ft. tall and 329 feet long to exactly full-scale – takes up most of the property. Its bowsprit juts out more than halfway across the street. 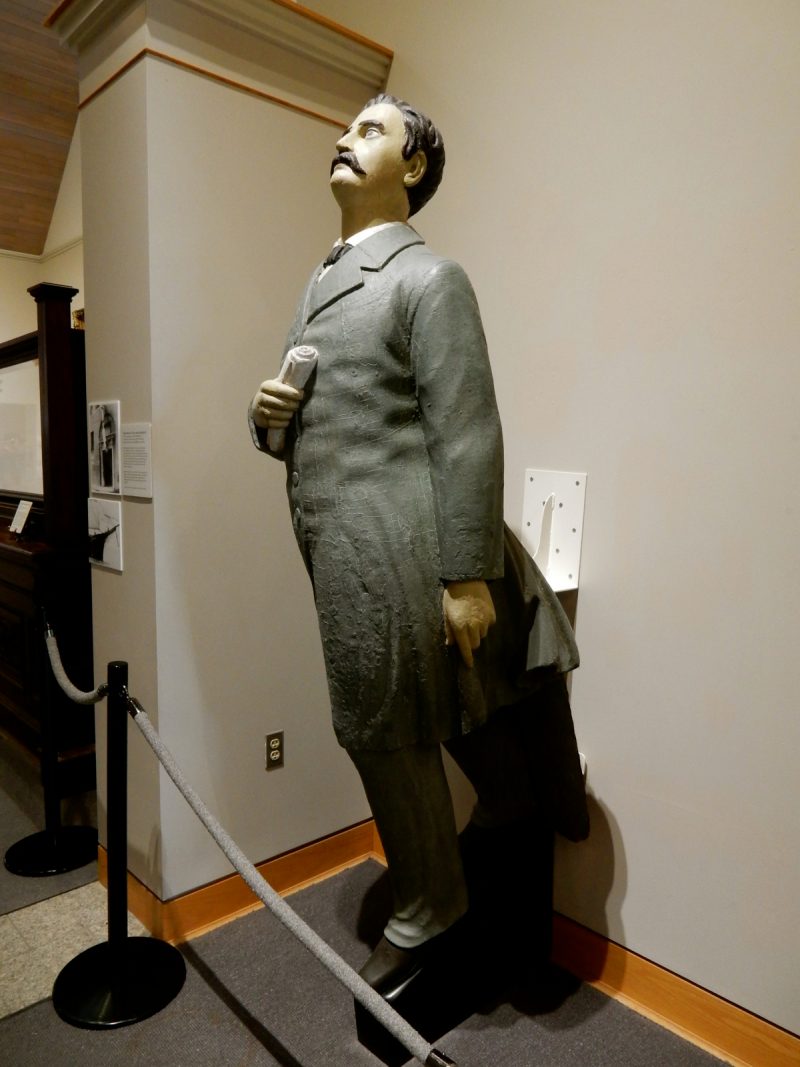 Though the museum property includes multiple buildings, start in the Visitor’s Center galleries, which provide an overview of industry here. Northeast waterways were the key to wealth. In early days, Mainers made their living exporting lumber, fish, sardines, whales, granite, other stones, and later, coal.

Companies here traded these goods with merchants in the south – bringing up cotton to be processed in New England mills. 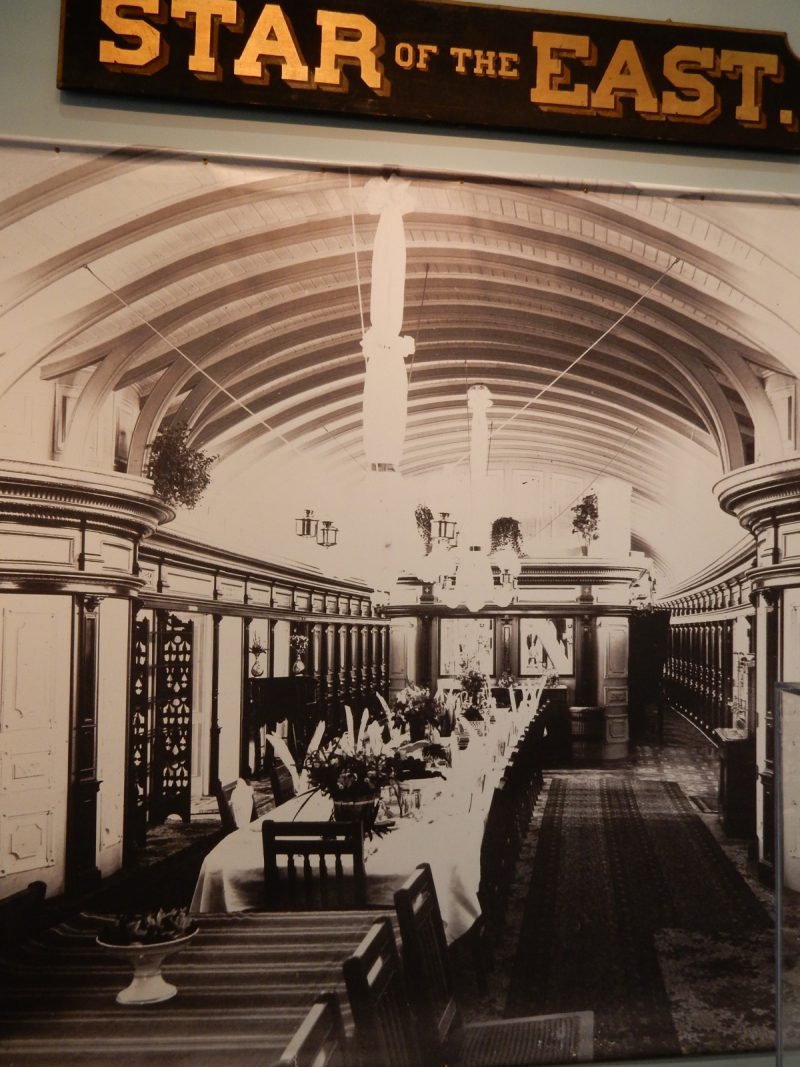 Maine forests thick with trees were ready resources for boat building. Bath, nicknamed the “City of Ships,” was home to 26 independent shipyards between 1820 and 1890. 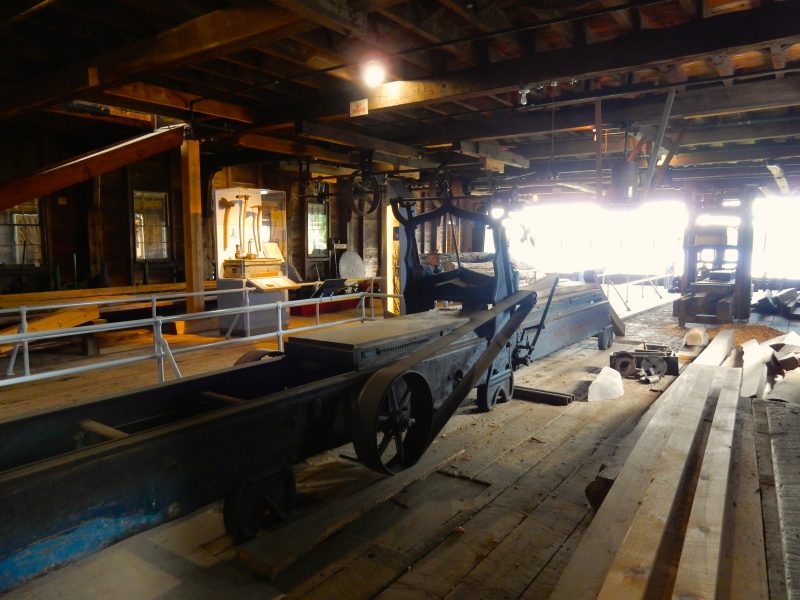 It’s easy to take a self-guided tour of the property: Walkways steer you from one building to another.

First, stop into the Mill Shop, where you’ll hear sounds of sawing and shouts. From there, step into the Donnell House, which belonged to the shipyard owners. Before leaving, don’t miss a miniaturized reenactment of the way these behemoths were launched, and a colorful new exhibit about the Maine lobster industry. 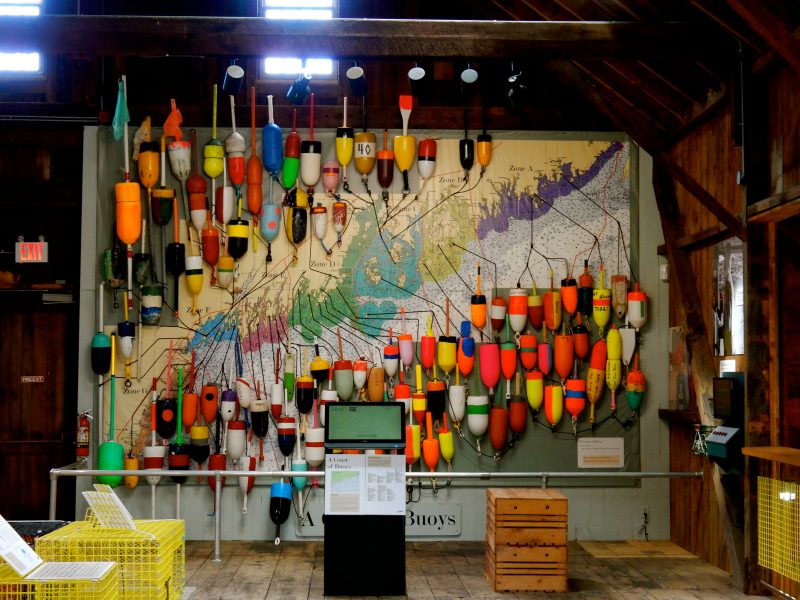 Sign up for a guided tour to get a terrific overview of the many components, steps, exactitude, brawn, and engineering prowess required to build these great ships. You’ll finally learn about the fate of the Wyoming, which I will not divulge here. $15 adults, $10 kids, open daily 9:30-5. 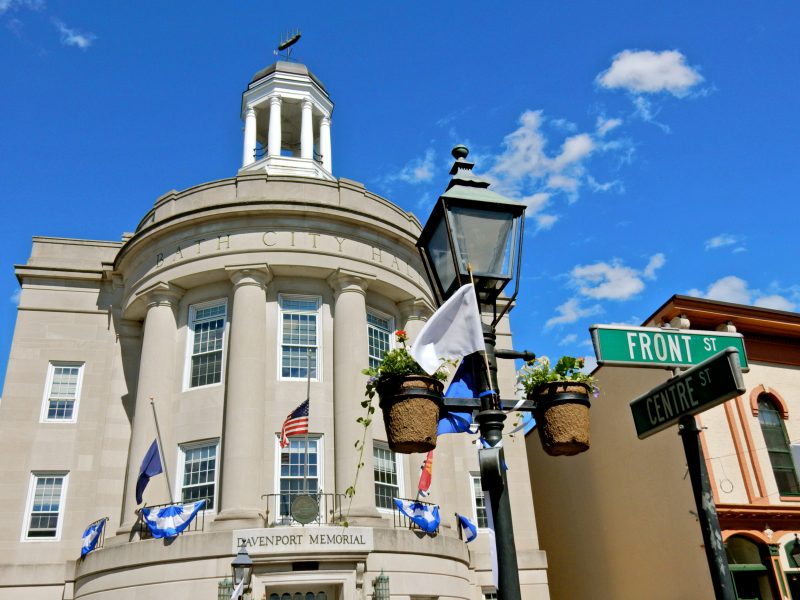 Stand on the corner of Front and Centre Streets for a great picture, then peruse the shops and restaurants of a lively, restored downtown within sight of the imposing Bath Iron Works. 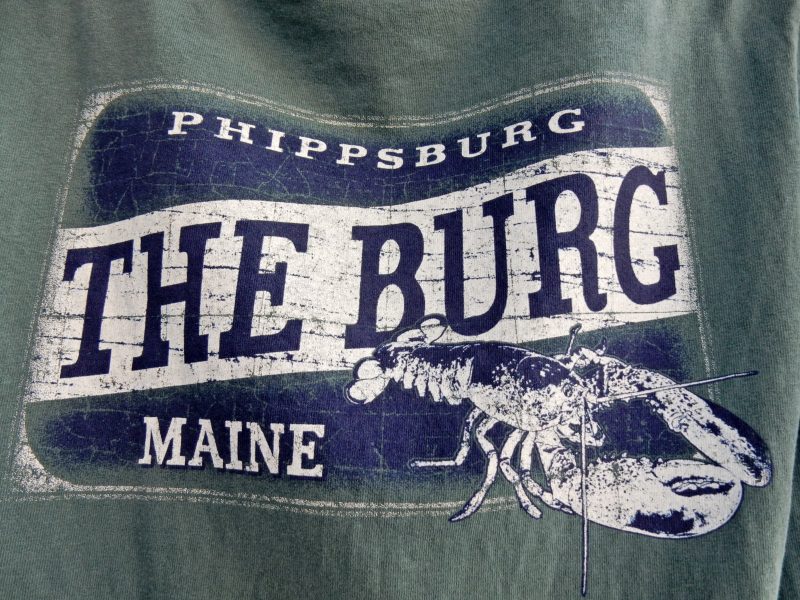 Get off of Route 1 for the less trod Maine experience. You’ll find the Sebasco Harbor Resort (below, under Where To Stay) at its easternmost point about 11 miles from Bath, and lots of things to do: 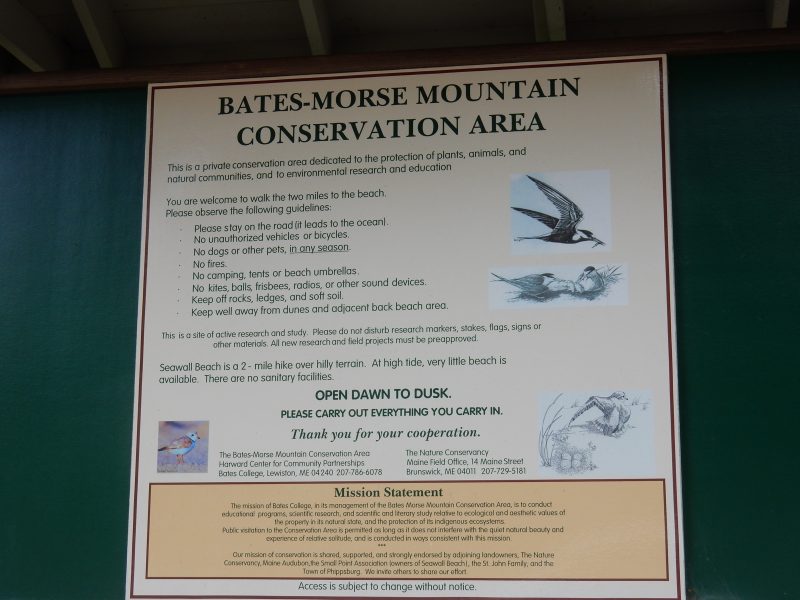 It’s a four mile round trip hike to the summit and down to the beach of this conservation area. Not many outsiders know about it, and residents would like to keep it that way. There are actually 31 miles of public hiking trails on the Phippsburg Peninsula, most owned by the Land Trust. 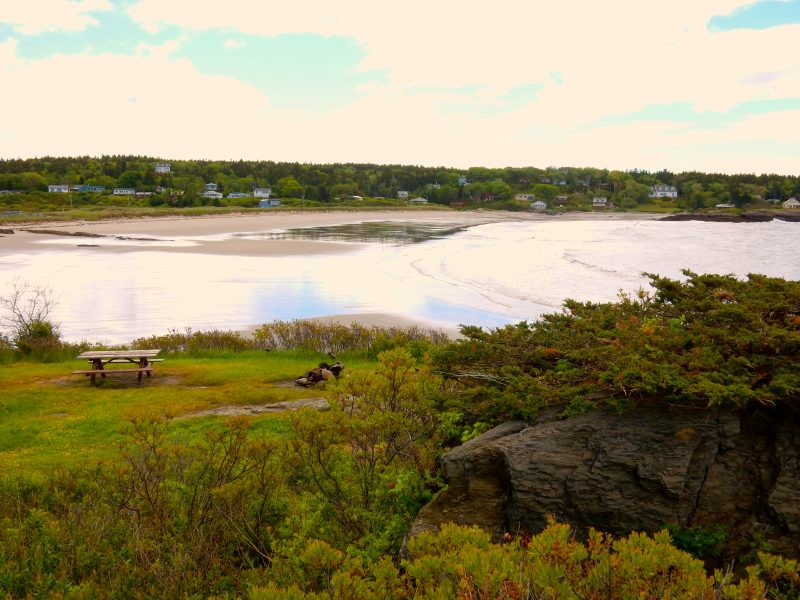 This hidden gem is one of the most popular places to pitch your tent in Maine.  Sites sell out quickly on January 1st when reservations open up. Tent camping only. Small seafood shack on property. 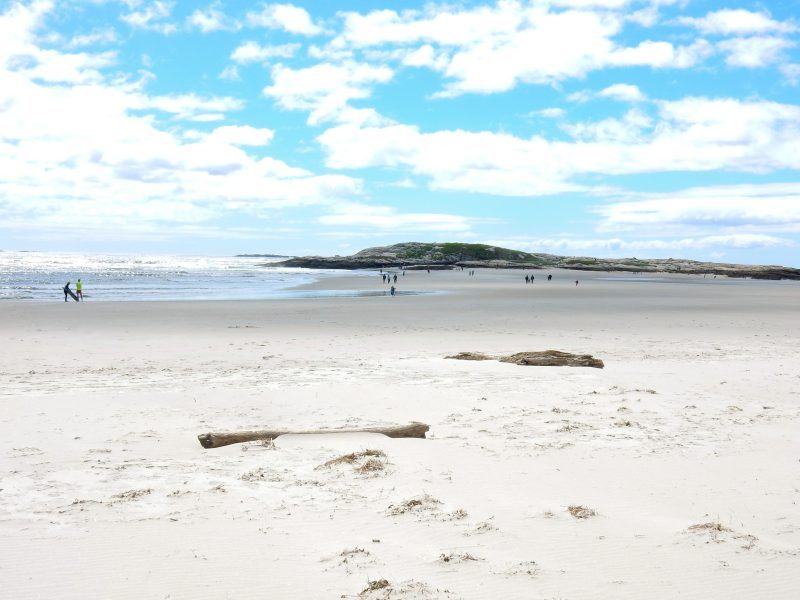 Although thousands of people come to Popham Beach to swim, on a hot summer day the place feels practically barren. That’s because the soft sand extends three miles at the mouth of the Kennebec River, and there’s plenty of room for all. A local and Maine favorite, many tourists don’t even know about it, making a visit here all the more delicious. $8 per person.

Built in 1861 during the Civil War to protect the shipyards and shipbuilders in Bath, this fort at the entrance to the Kennebec River was never completed. For now, it’s fun to wander around the well-marked ruins.

Where to Eat on Phippsburg Peninsula, Maine 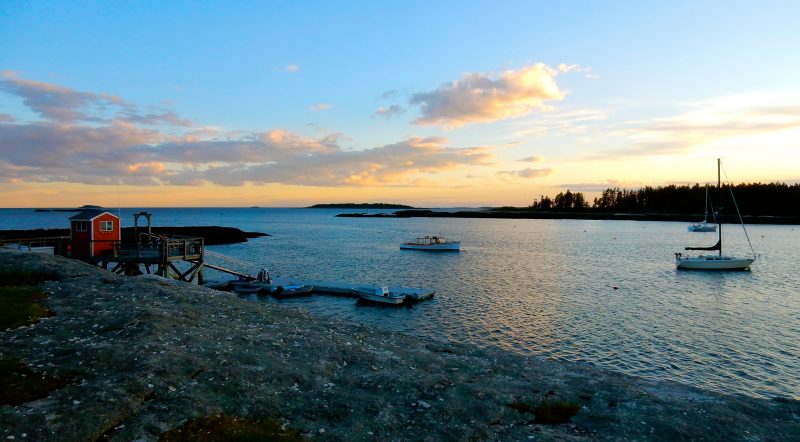 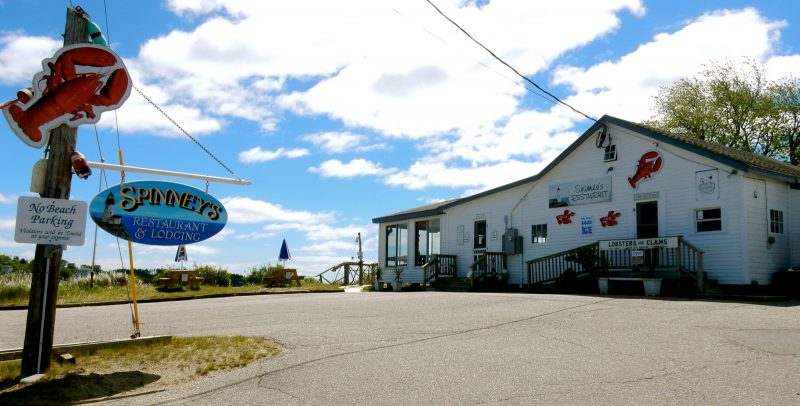 Where to Stay on Phippsburg Peninsula 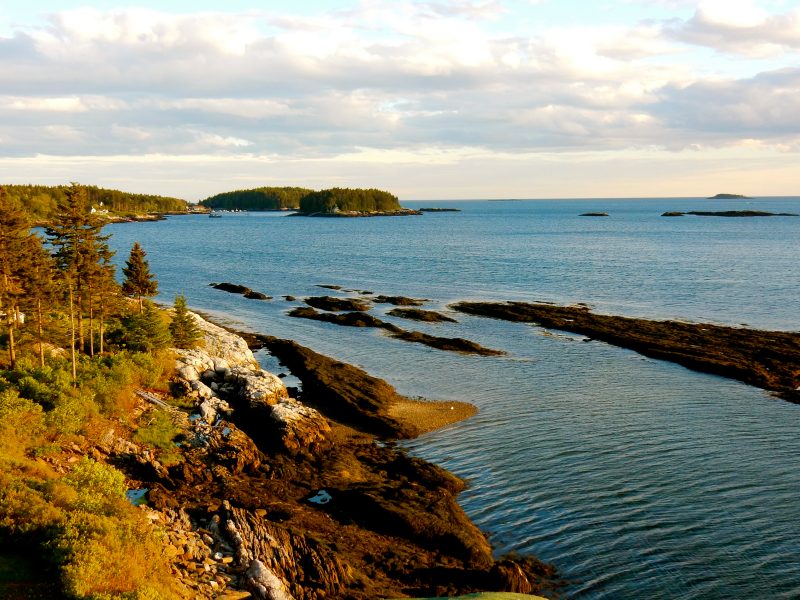 So many of these “family resorts” on the Maine Coast have floundered or faded. But not Sebasco Harbor Resort, which has managed to maintain a multi-generational, friendly, laid-back, ice cream days, rec-center-nights vibe while keeping up the standards of its rustic-chic lodging – some rooms even bordering on upscale.