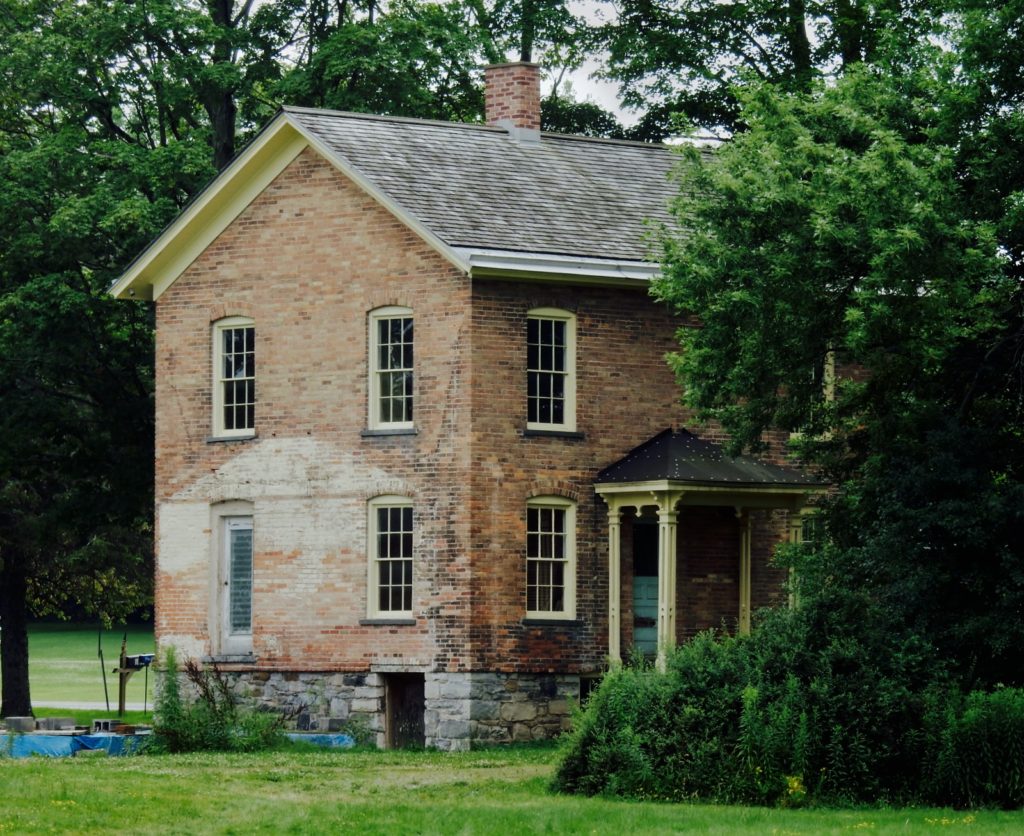 WHY GO: The story of Harriet Tubman, “The Moses of Her People,” starts on the Eastern Shore of Maryland, and ends in Auburn NY. Those who are interested in this amazing woman’s final chapter will want to visit her homestead and her gravesite.

Want more HT? Auburn is the last stop on our Harriet Tubman Trail from Birth to Death.

Stay a few miles away in an inn first built as a Church Boarding School for Boys –  now a lovely, upscale family-owned inn with Underground RR credibility. Read on…

What to Do in Auburn NY 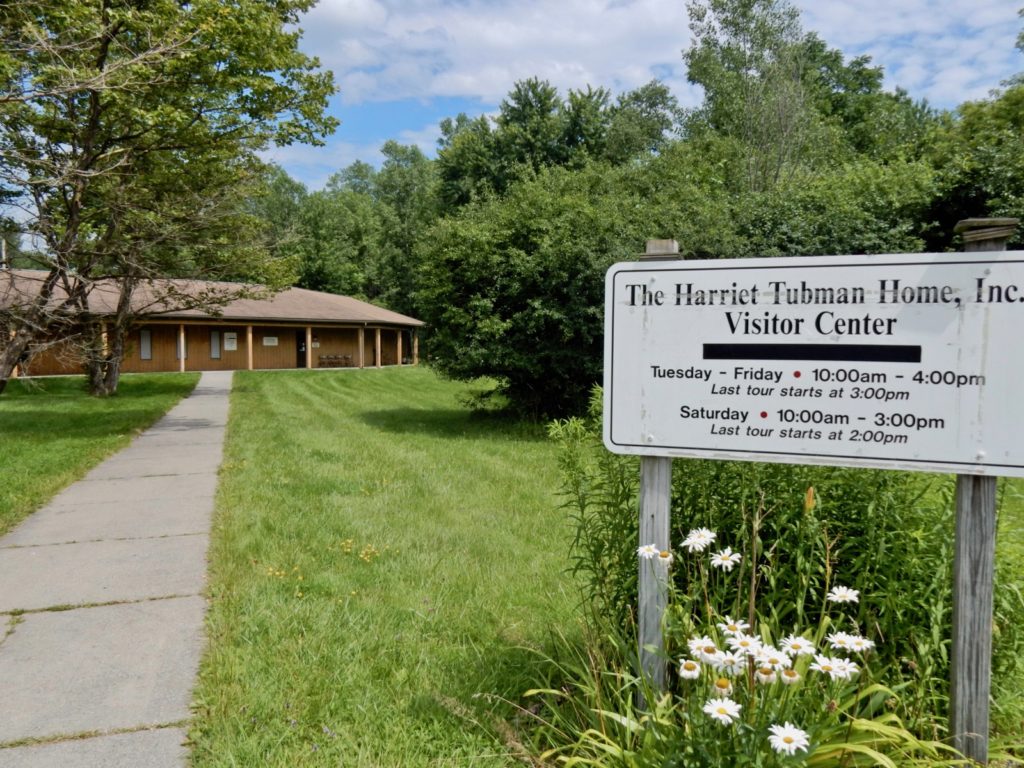 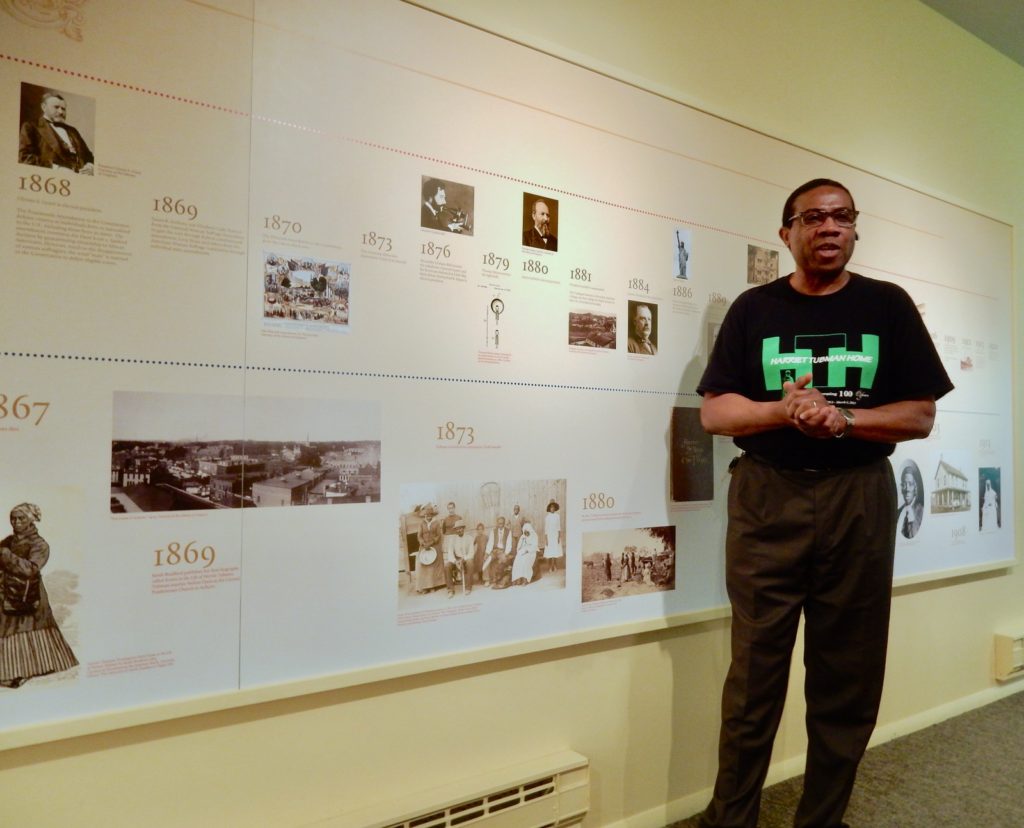 “No one is born a slave,” he begins. “Everyone is born free. But they can be enslaved.” Thus, the Rev schools us in appropriate terminology. “It’s ‘enslaver’, not ‘Master,’ and ‘Freedom Seeker,’ not escaped slave,” we learn. 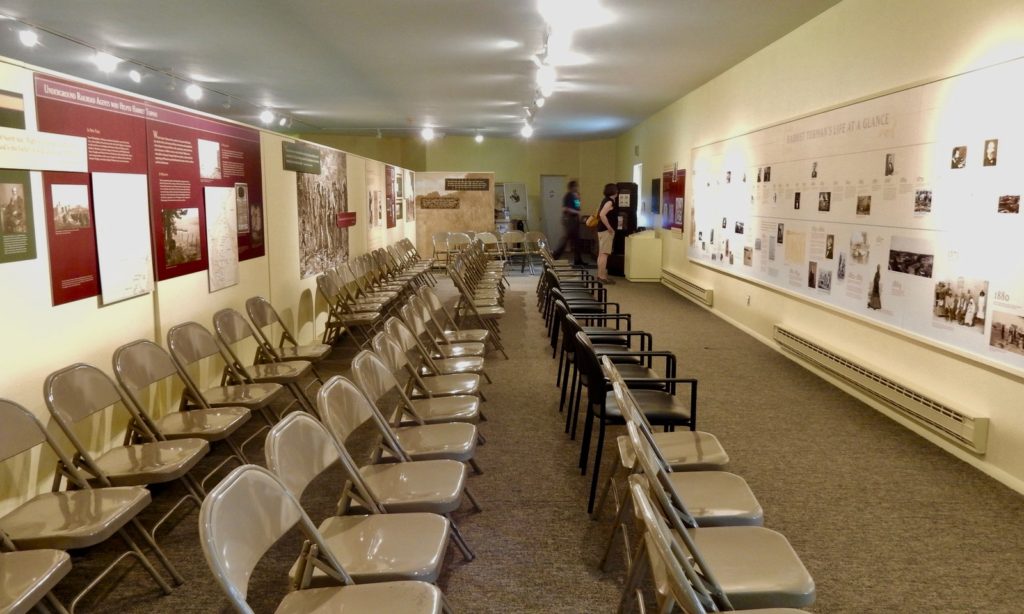 She remembered her mother sobbing about three sisters snatched and sold to southern plantations, and vowed to not let that happen to her. This prompted Tubman to rescue family members and  bring them to Ontario, Canada, 450 miles away. She returned two years later to rescue her husband only to find he’d married someone else.

Tubman met Abolitionist Lucretia Mott, a friend of Frances Seward, wife of William Seward (famous for the purchase of Alaska aka “Seward’s Folly”) in Philadelphia. Frances, a stalwart abolitionist, was born and raised in Fleming, now Auburn NY. She wished to gift some of her inherited land to Tubman, by then a well-known hero. But Tubman refused, insisting on paying $1,200 for the 7 acres of land at a time when not even white women owned property. (Read more about Frances Seward in this Jan. 2021 New Yorker article).

During the Civil War, Tubman, serving as scout and spy for the Union Army, was the first woman of any color to lead men into battle. By 1869, abundant public interest in her heroics spurred the publication of her biography, Scenes in the Life of Harriet Tubman. That same year, Tubman married Nelson Davis, a man 20 years her junior. 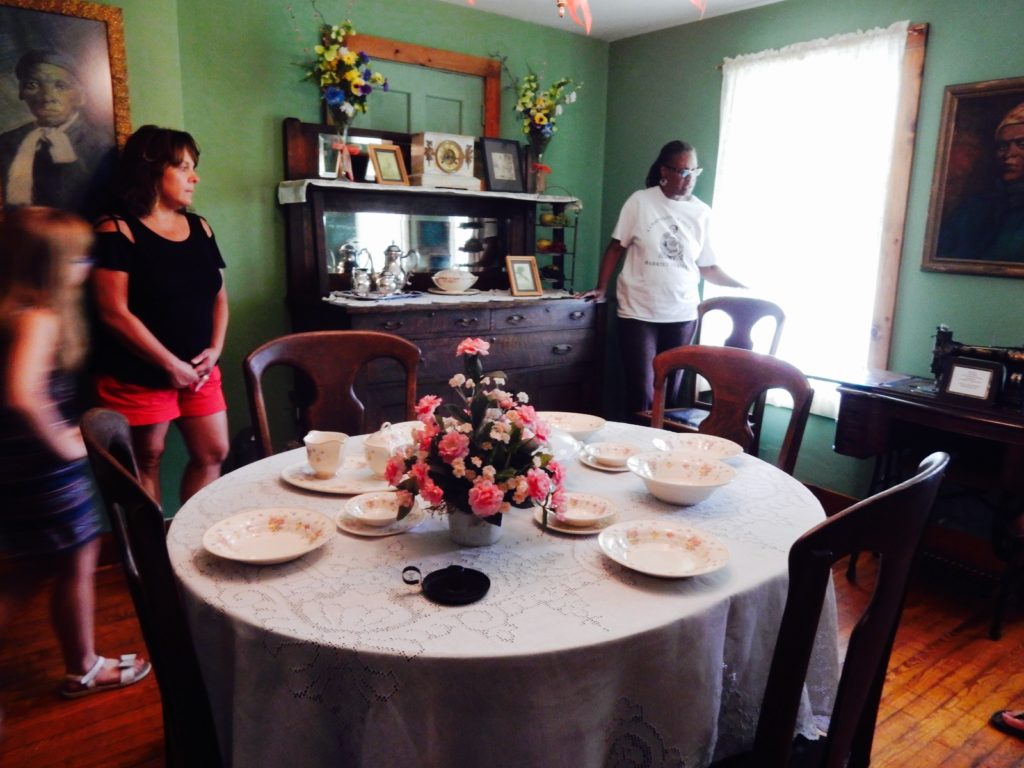 In 1870 Tubman purchased an additional 25 acres in Auburn NY, to establish a Home for the Destitute Elderly, which she operated into her own old age. Tubman died in 1913 at 91 right here. She was buried, with full military honors, in a modest Auburn grave.

The tour takes you through the house, on the Historic Register, that Harriet Tubman established as a Home for the Aged. The Home continued to serve 9-12 destitute elderly well into the 1940’s. It’s been restored, and soon Tubman’s brick home will be as well. Open Tues-Fri 10-4 (last tour at 3), Sat 10-3 (last tour at 2pm), Donations Please. 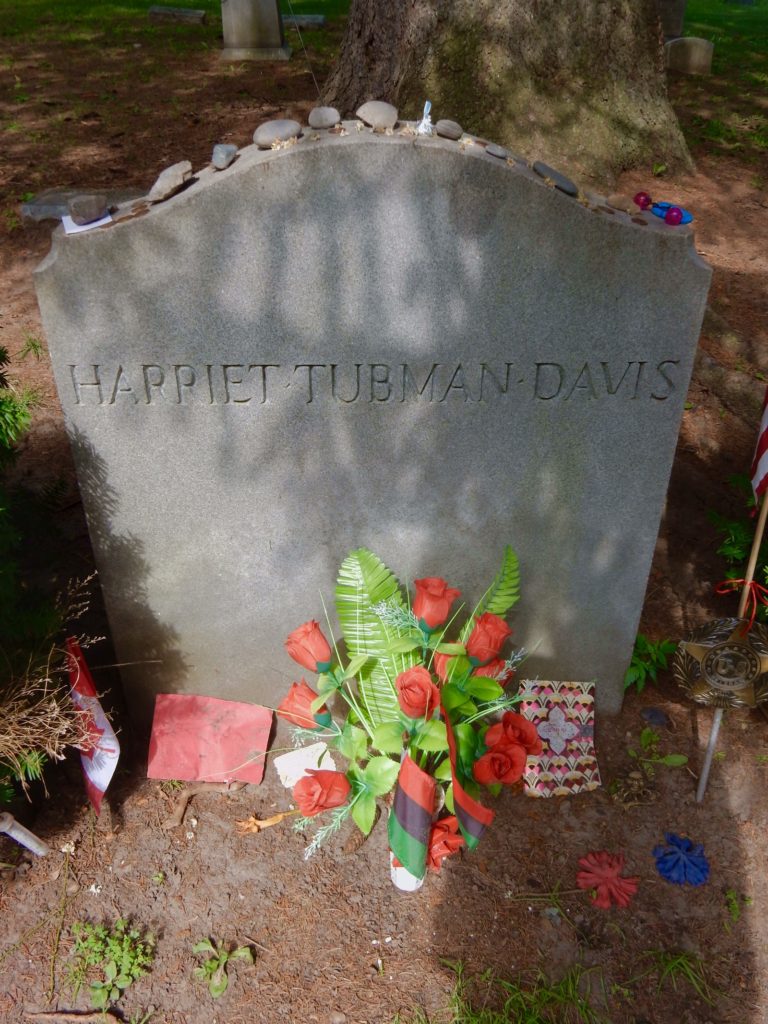 Tubman is buried as she lived. Humbly; with no fanfare. Her grave is marked by a simple headstone and can be found just in front of a tall evergreen tree in this park-like cemetery.

William Seward is best known with “Folly” attached to his name – referencing the purchase of Alaska during the (Andrew) Johnson administration when he served as Secretary of State. But he was also a NY State Senator, Governor of NY, a US Senator, and Secretary of State under Lincoln.

A progressive for the time, he wished to gift land he owned here to Harriet Tubman. But she refused charity and insisted on paying for it. Guided tours only. Open Tues-Sat 10-5, Sun 12-5, $12.

Where to Stay and Eat 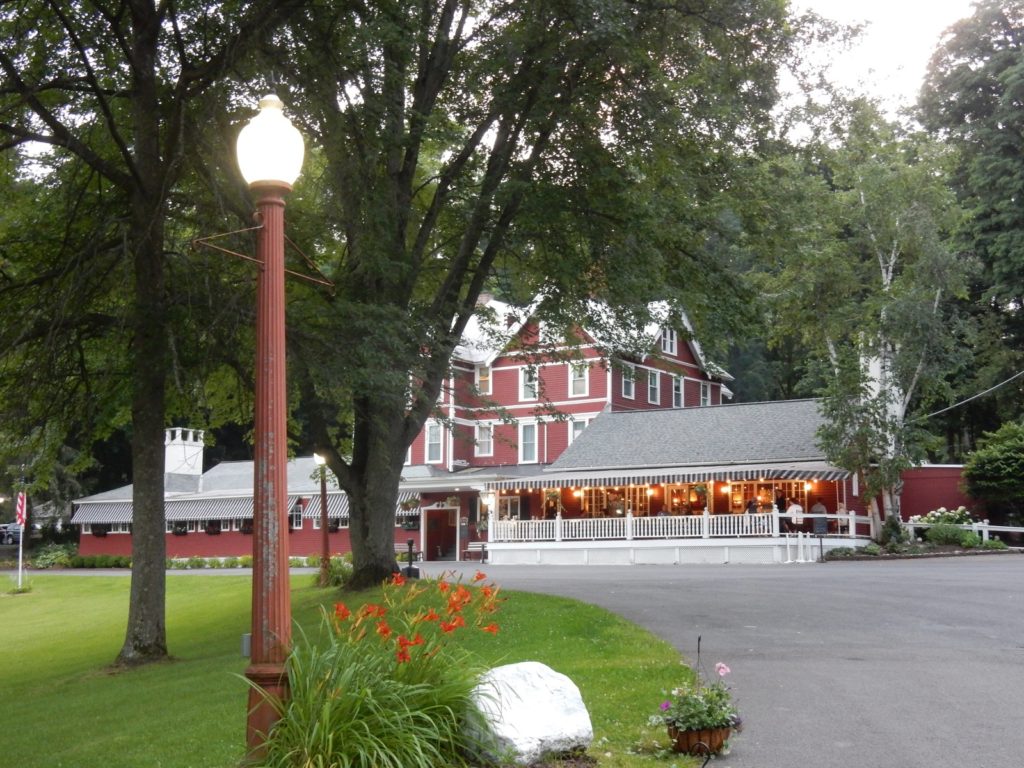 This historic 7-room inn, built in 1851 as a boy’s boarding school by the then adjacent Dutch Reform Church, is set back from the main road across the street from Owasco Lake. It definitely looks much larger than it is.

That’s because the Springside Inn is used more and more as an event space for family reunions, meetings and weddings. But that should not stop the leisure traveler seeking a luxury stay from reserving a room here. 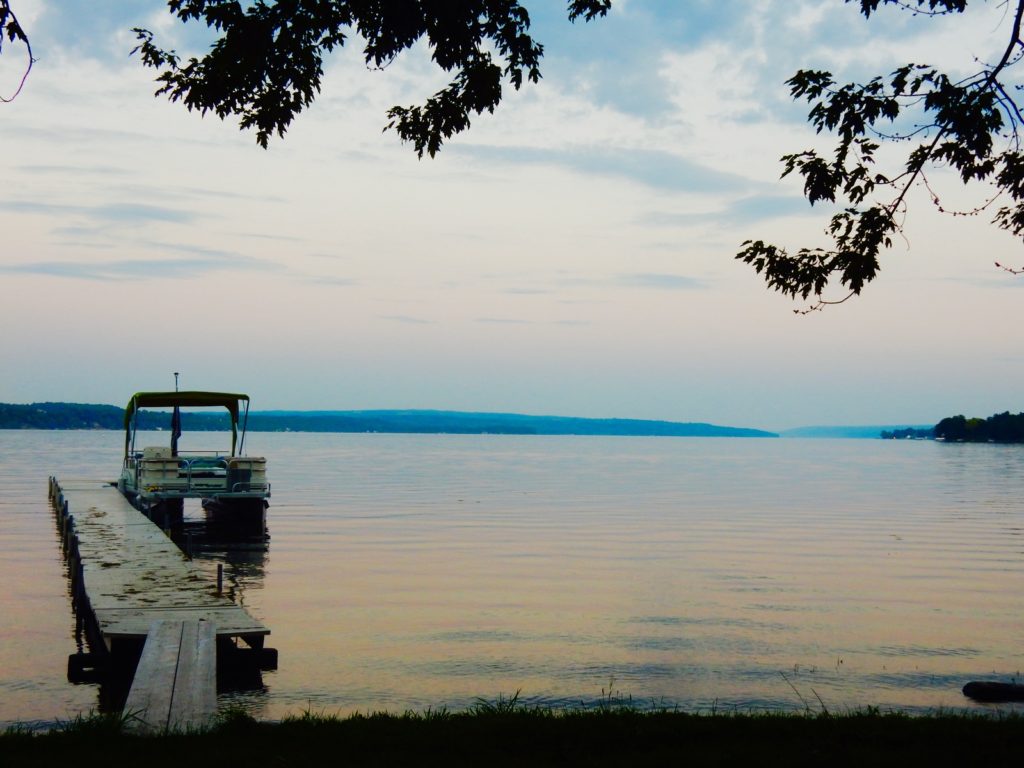 The Springside Boarding School For Boys was mentioned in the first biography of Harriet Tubman, written in 1869 – Scenes in the Life of Harriet Tubman. Due to this early reference, this property was most likely a stop on the Underground Railroad. Harriet Tubman lived just two miles from here.

Rumor has it that Freedom Seekers, fleeing from railcars about ¼ mile away, scrambled, sometimes with Tubman’s help, to the thicket behind the inn to hide. This possibility thrills Sean Lattimore, a local who with his wife, Beth, bought this property from his in-laws over 20 years ago. They have owned it ever since.

When you arrive, peruse the black and white photos on the walls. These provide a good idea of what the place looked like when first purchased, and the notables who have dined and stayed here. Those include US Presidents, CEO’s of Fortune 500 companies, celebrities, and while New York Senator, Hillary Clinton. 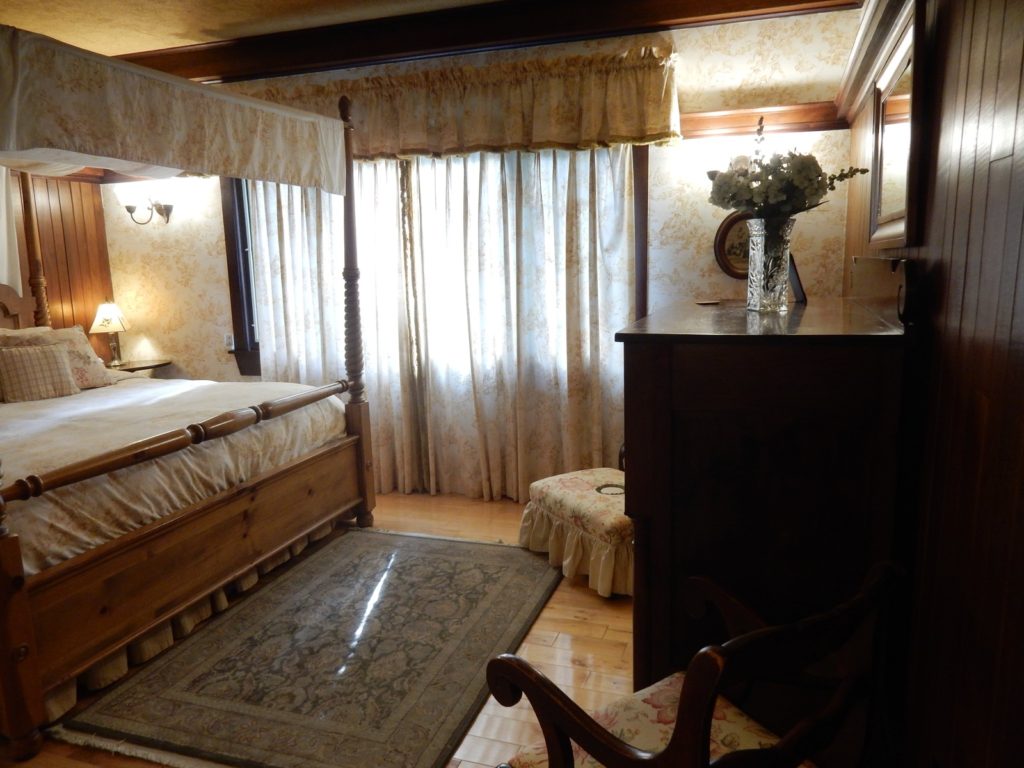 The Lattimore’s continue to make improvements. And although interior was renovated over 7 years ago, it appears to be freshly updated.

All 7 immaculate rooms are thoughtfully and individually decorated. Room 23, is large and richly dressed in Federal finery with burnished wood floors and paneling. It has a separate sitting room featuring a brick fireplace, a carved four-poster canopy bed, and flat screen TV. 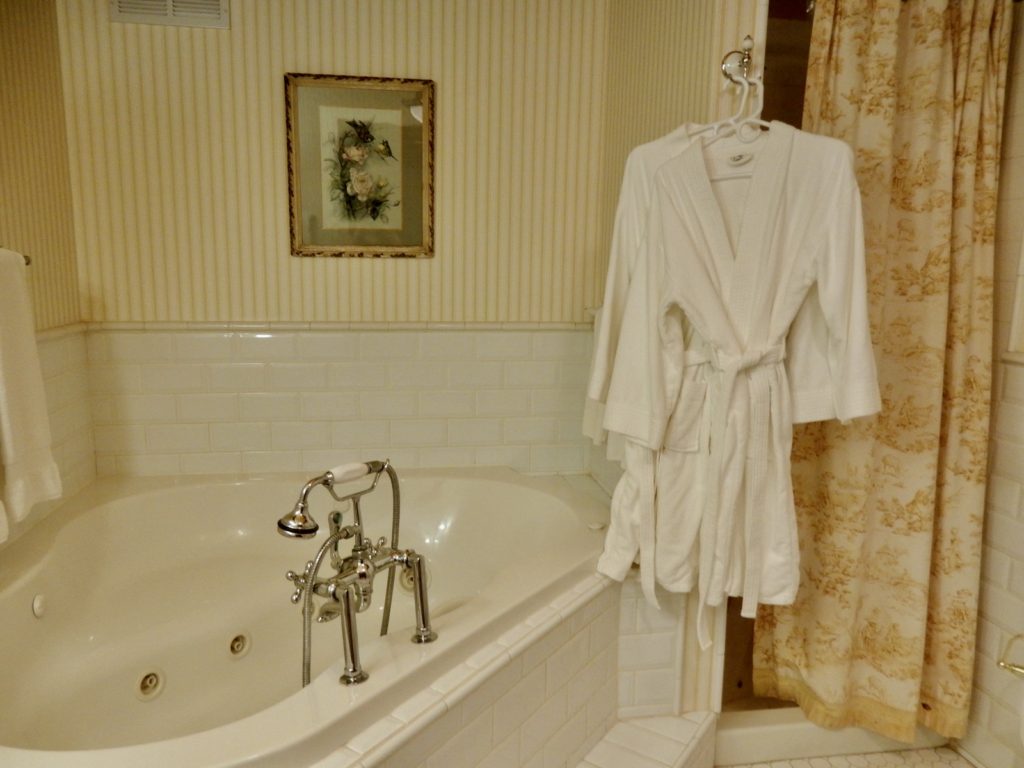 The Jacuzzi bathroom is light and bright, with subway tile wainscoting and subtle striped wallpaper. 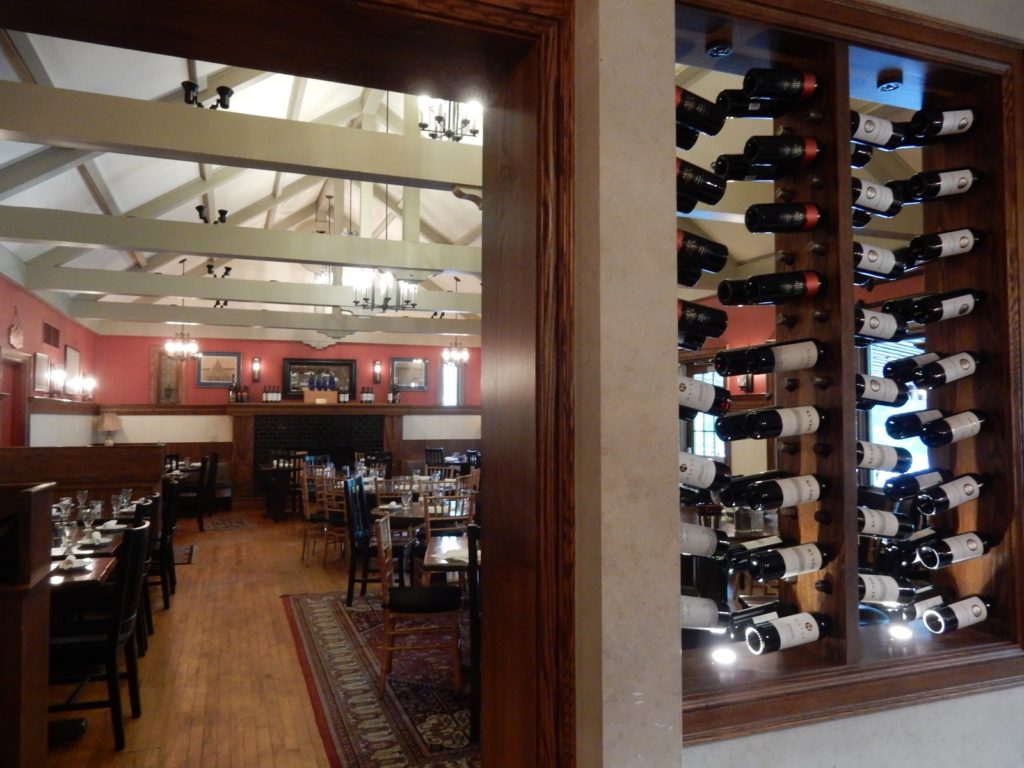 The house restaurant, Oak & Vine replaced a more formal dining room about eight years ago. Bistro-style, the atmosphere is convivial and the food very good. Truffle Stuffed Chicken, Filet and Short Ribs, and even the gluten-free vegetarian “Un” Spaghetti and Meatballs, are crowd pleasers. 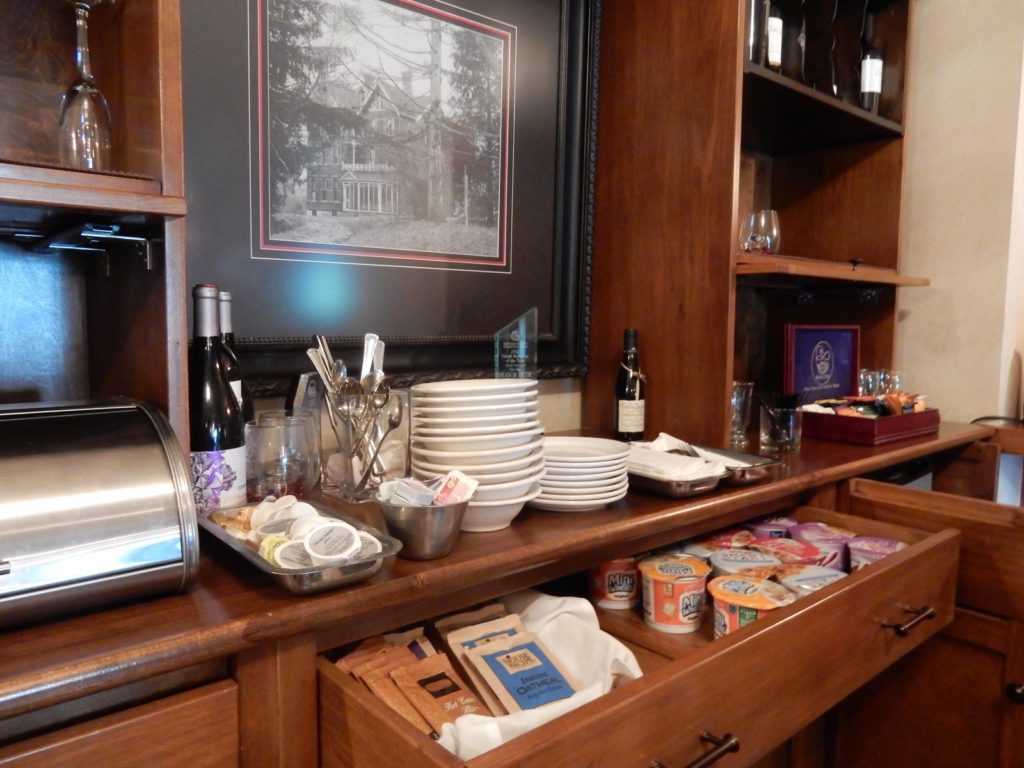