WHY GO: Wall Street, in New York City’s Financial District, represents America’s economic engine. Often neglected by tourists, this part of Manhattan is well worth exploring – at the very least because the original seat of government stands just steps from the New York Stock Exchange. Discover the seeds of our country on this Wall Street Getaway.

Pair this Getaway up with our other Downtown NYC Post that focuses on the World Trade Center area. 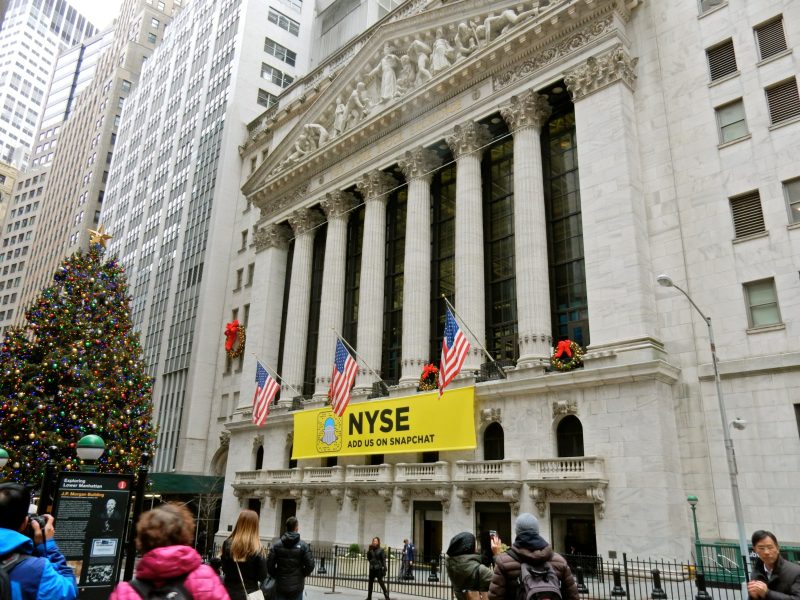 The NYSE is no longer open for tours, post 9-11. But, you can soak in the ambiance of this financial powerhouse  from the outside. Just imagine the frenzy of the trading floor before computers took over. 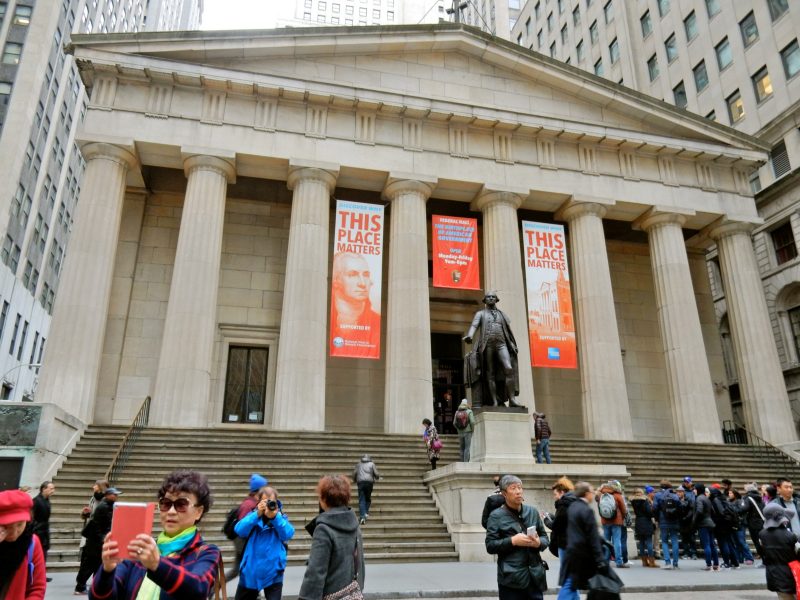 It’s especially ironic to view the NY Stock Exchange from the steps of Federal Hall National Memorial, the seat of our new democracy.

George Washington took the oath of office on this very site in 1789. Inside, you can see the stone balcony that Washington actually stood on when he was inaugurated. The slab was saved during the demolition of the first Federal Hall in 1812. 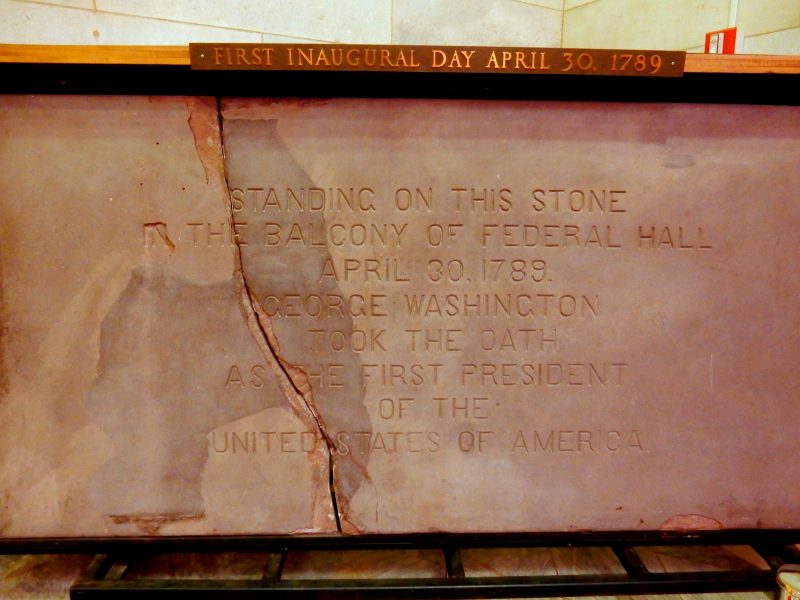 Perhaps it’s not so ironic that this building, erected in 1842 as the US Customs House, stands across from the Stock Exchange, a symbol of our Capitalist Democracy.

In 1862, the Federal Hall building became one of six U.S. Sub-Treasuries in the county. On a self-guided tour, see the first Presidential inauguration balcony, and the very Bible on which George Washington was sworn into office. Free entry. 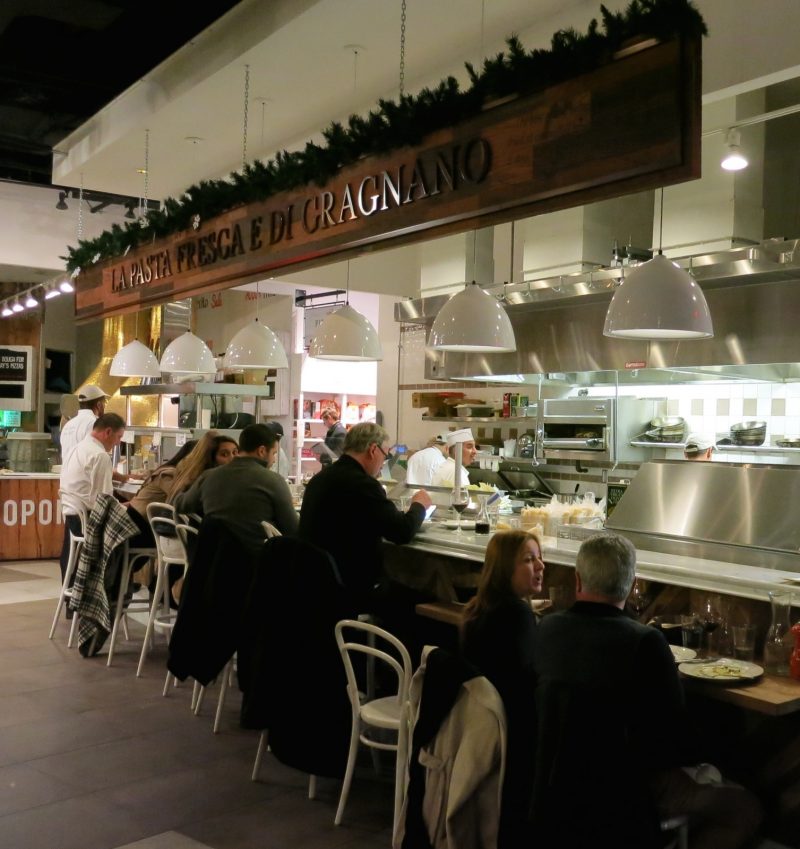 Eataly Downtown, not to be confused with Eataly Flatiron, takes up the whole second floor of the Four World Trade Center.

Even if you don’t intend to dine there, Eataly is an attraction in and of itself. It’s the perfect place to pick up wine, cheese, breads and other picnic provisions. 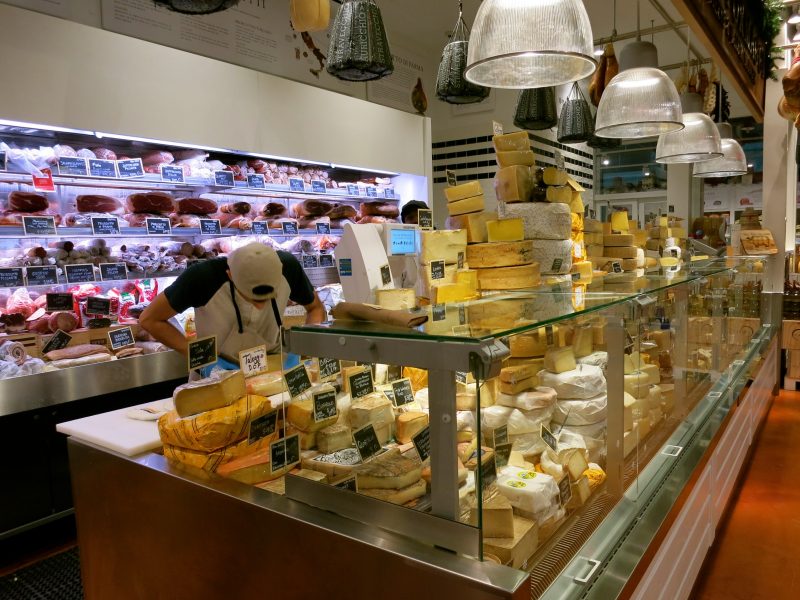 There’s everything from walls of cheese to charcuterie, biscotti, smoothies, juices, produce – an indoor market to end all markets. Among several more casual eateries, Osteria della Pace is the most upscale. 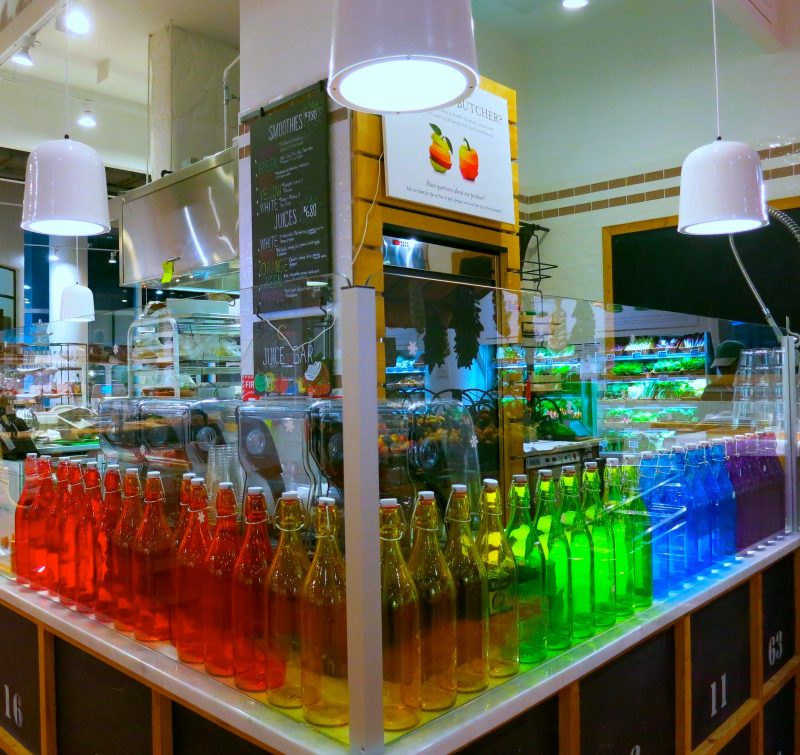 Osteria della Pace excels in homemade pastas and inventive tweaks on Southern Italy cuisine.  Picture windows overlook canyons of commerce. There’s a radiant bar, toothsome wines from Italian family vineyards, and ultra attentive waitstaff. Dining here might put a dent in your wallet. But it’s worth it for the ambiance, food and service.

Where to Stay Near Wall Street

AKA Wall Street, an extended stay hotel, was carved out of a 19 story brick and limestone office building built in 1907. 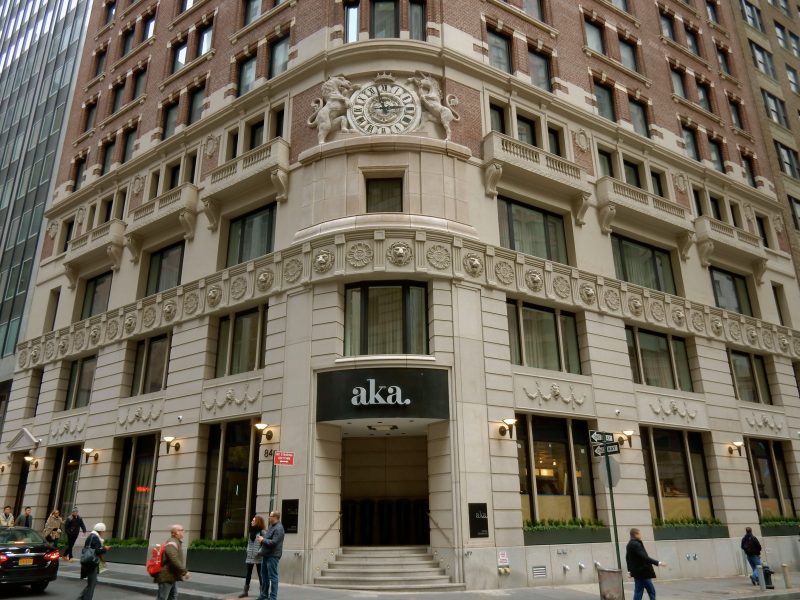 First Impressions of AKA Wall Street 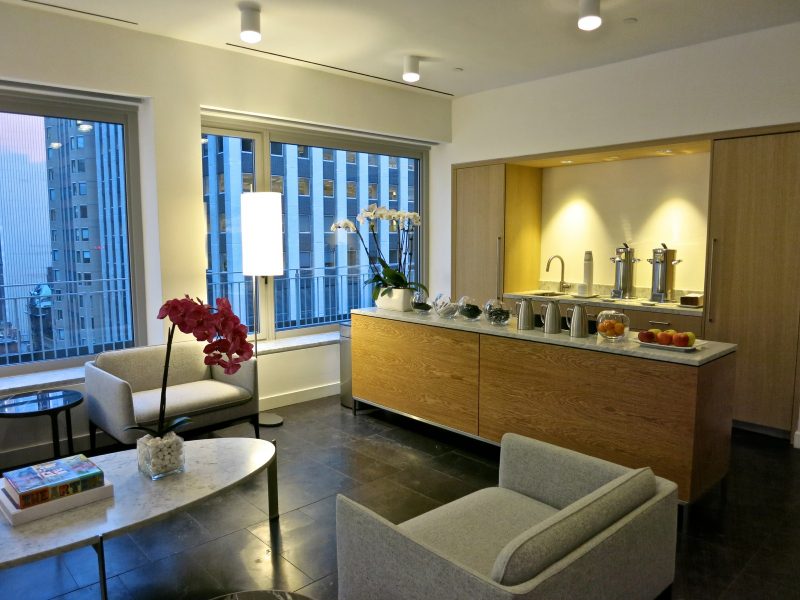 Edward Asfour (Asfour Gurzy Architects) designed the interior in natural materials and light earth-tone palette. The lobby is simple and Zen-like. In fact, it’s quite the shock to walk in from the pageantry outside. Service is personable, whether you’re returning for the 25th day in a row, or for the first time.

Suites at AKA Wall Street 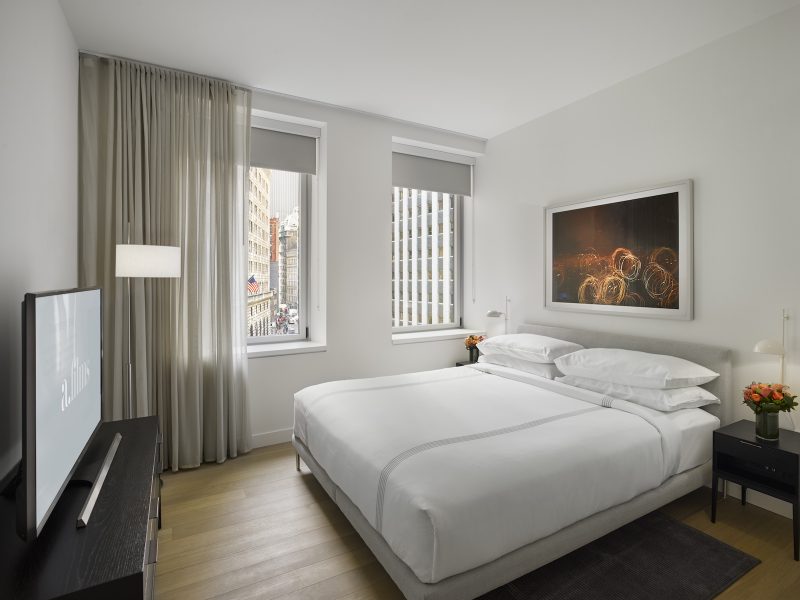 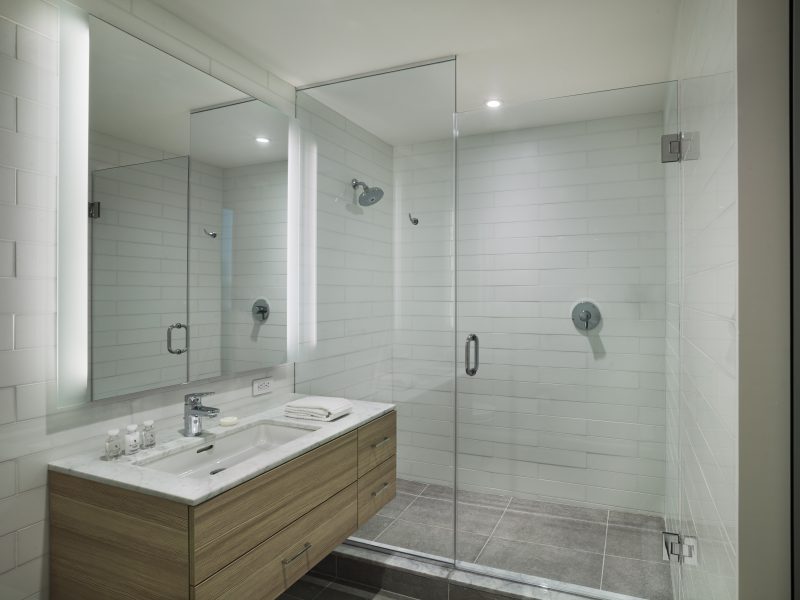 Comfy beds are clad in handsome and crisp white duvets. 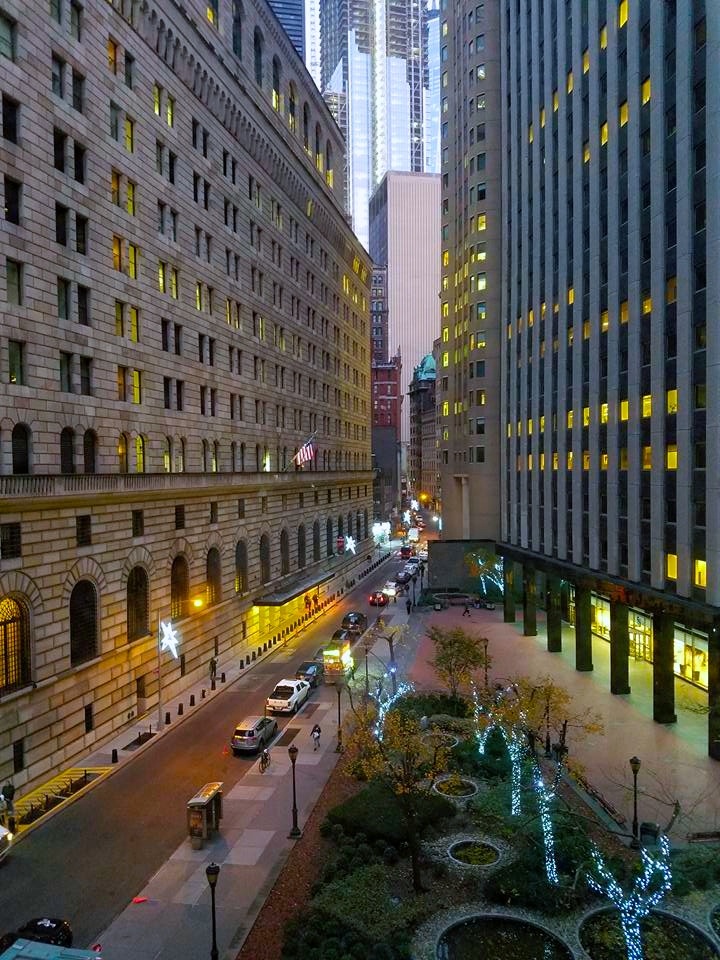 Aside from one piece of art behind the bed, rooms are minimalistic – right down to the eggshell-colored sheer curtains that swish to the side to reveal the canyons of commerce outside large windows. 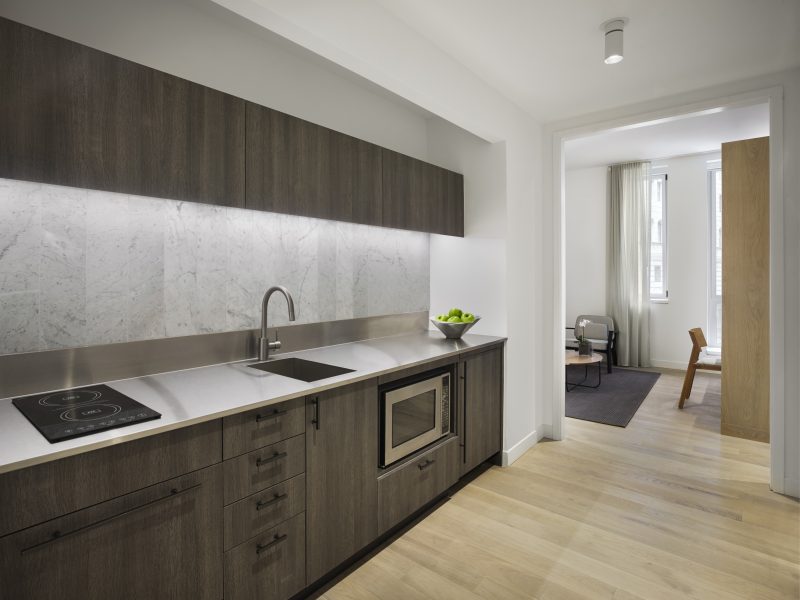 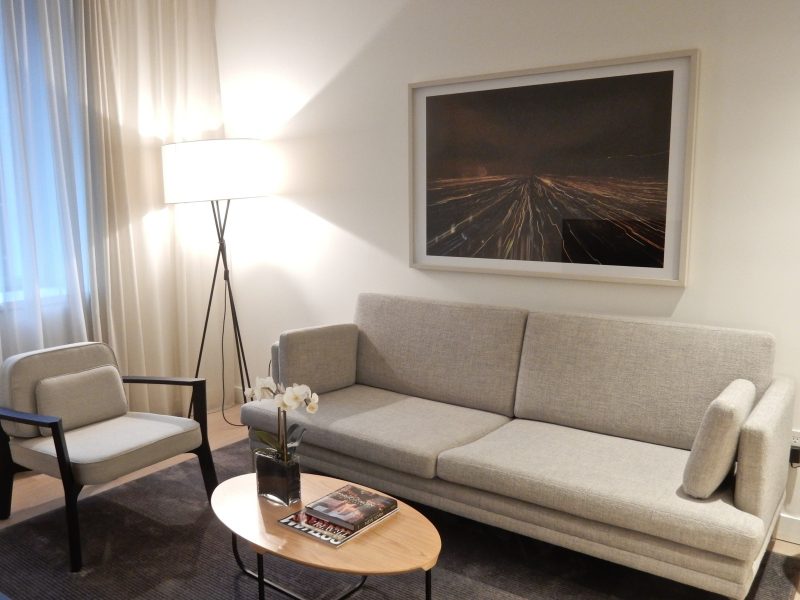 The sitting area can double as a dining room with enough room for 4 or more. If your business meeting expands, you can take advantage of dedicated conference rooms on the 2nd floor. That’s where you’ll also find the laundry room – a necessity in any long stay away from home. 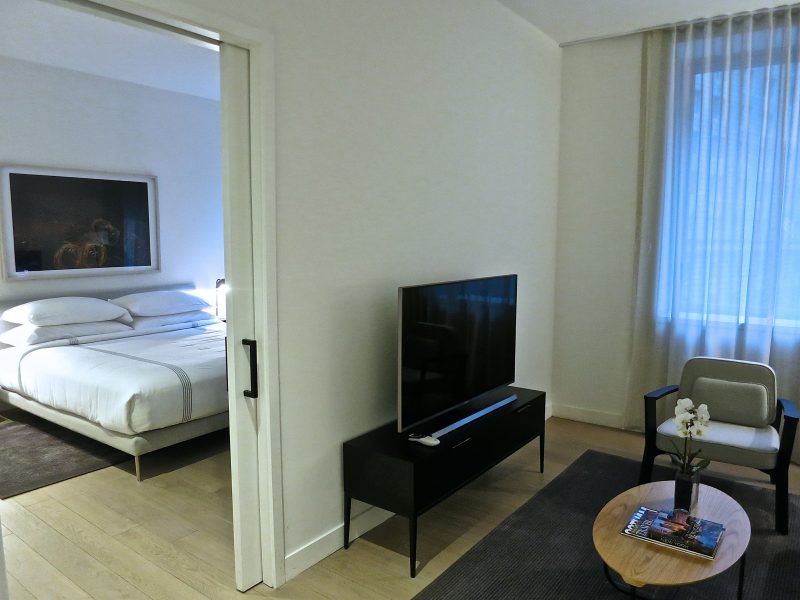 On lower floors, you’ll feel the subway cars rumble beneath these harried streets. It’s just something you’ll get used to, and in fact, acts like a lullaby into the late hours.

Amenities at AKA Wall Street 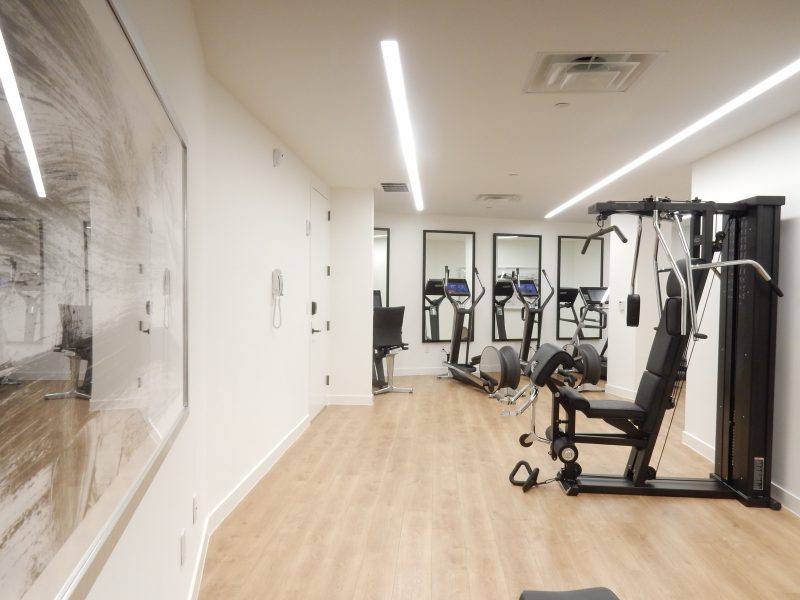 There’s a good-sized fitness center (also on the 2nd floor). 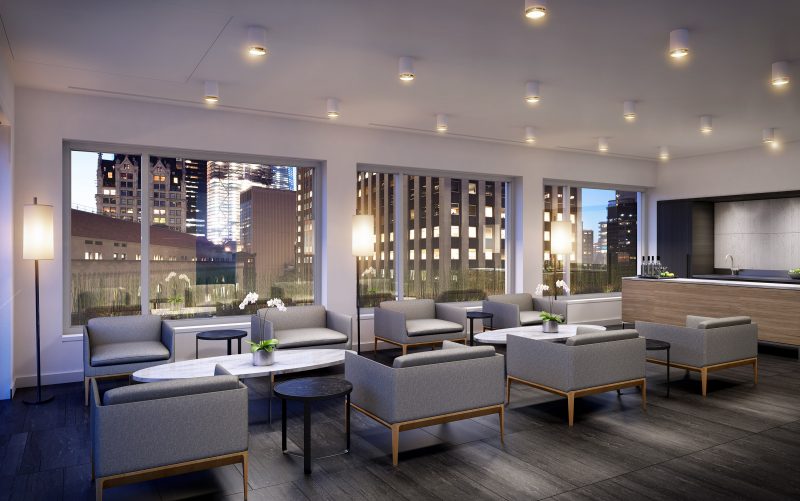 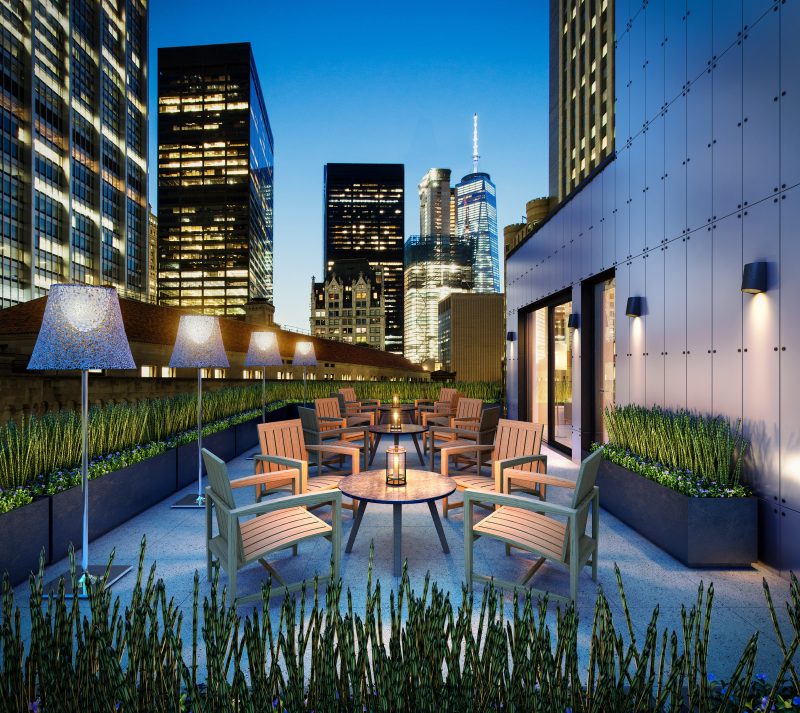 There’s also an outdoor landscaped terrace with living wall and tables for parties. Suites from Studio to 2-bedrooms range in price from $260-$910 per night. Includes wi-fi, use of fitness center, rooftop lounge, morning coffee.