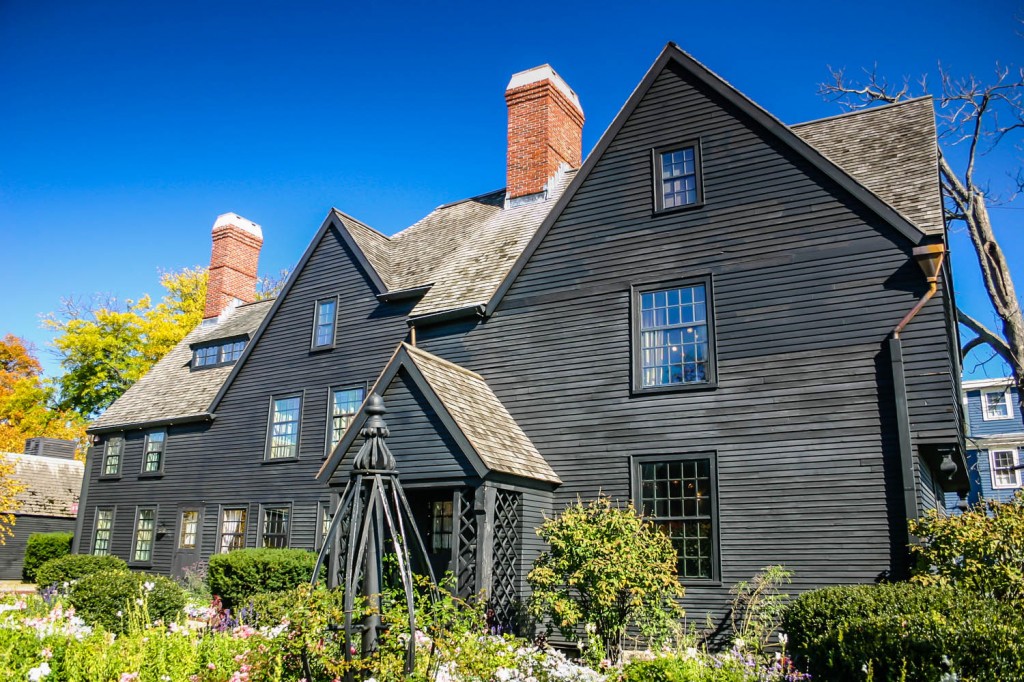 WHY GO: Thought Salem MA was all about witches?  Make a beeline to the electrifying Peabody Essex Museum to discover that’s just not so.  Though Salem, Massachusetts is most associated with the Witch Trials, you can spend a few days here without experiencing anything witch-related at all.  One of the nation’s best – and dare we say quirkiest – museums, The Peabody Essex, should be your Stop #1.

In the late 1700’s, early 1800’s Salem was the epicenter of the America/ China/India Spice Trade. However, that history too often gets lost in Salem Witch Mania.

Also, believe it or not, Salem, the former hotbed of joy-denying Puritanism, is increasingly known for its locavore, sustainable, and yes, joyful farm-to-table cuisine. And we’re not talking wing of bat and eye of newt.

No longer a “lazy city” that only comes alive during the month of Halloween, Salem is a thriving, year round magnet for foodies, boutique-hotel aficionados, museum-goers, and American History buffs. (And should you wish to satisfy your interest in the witchy side of Salem, check out this Getaway Mavens post).

Things To Do in Salem MA

Heralded as one of the top 20 museum in the USA, the Peabody Essex is also the oldest continuously operating museum in the country; with the nation’s first collection of Asian Export artifacts, one of the best maritime collections, and a top-ten children’s interactive museum.

Having gone through its third major expansion, you can spend a weekend in a slew of galleries, participate in a selection of innovative programs, and only scratch the surface. People move to Salem specifically because this museum is here.

But why Salem? Following Independence, American ships were barred from most European ports, necessitating more far-flung expeditions. Our young and intrepid citizenry set course for unexplored lands. These exploits led to trade with China and India, creating fortunes for many.

In 1799 a group of young merchants and explorers met over drinks to discuss the establishment of a museum to showcase artifacts collected from their worldly travels.

The original Greek Revival Mariner’s Hall, built in 1825, still displays these early gleanings. One of the most curious, in fact, is a taxidermied penguin with a long, goose-like neck. In the early 1800’s, the taxidermist, like everyone else in the New World, had never seen a penguin. Assuming that the dead creature’s neck had shrunk in transit, he made the proper “adjustment.”

PEM curators are masters of the obscure, and have put on display some incredible artifacts. Stare agog at a wedding dress made completely from shells, and a shimmery gossamer Andalusian cape created out of sea-lion intestines.

And do not leave before touring the Yin Yu Tang Chinese House: a 250-year-old 16-room family complex from a remote China village. It was shipped stone by stone, carved wall by carved wall, and then rebuilt intact on PEM grounds. Astounding.  Consult website for current times and entry fees.

The PEM Museum store is huge, colorful, creative and magnificently “curated.” You’ll find everything from jewelry to books, clothing, home goods and accessories at reasonable prices. This is, in my opinion, is the best shopping in town for unique gifts. 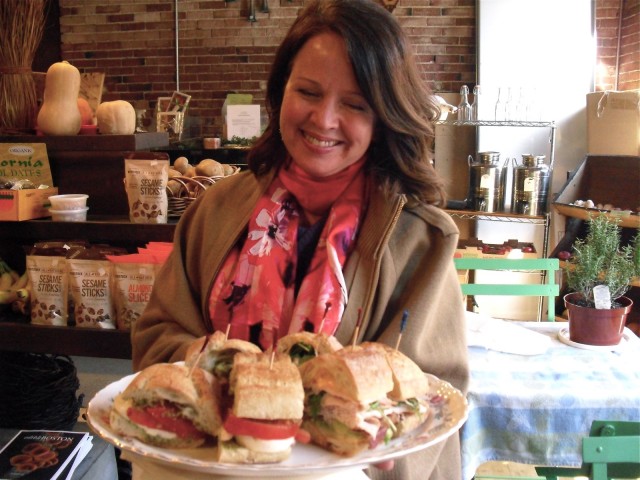 Yes, there is a food scene in Salem.  I was skeptical, too, when I first covered this tour in 2013. Karen Scalia, SAG Actor and foodie extraordinaire is still at it, taking groups of up to 12 (8-10 is her “sweet spot”) on a four-hour, five stop, eye-opening cultural, epicurean and historical walking tour of Salem. FYI – you will be well fed.

Start on Pickering Wharf, part of the Salem Maritime Historical Site. Learn about Salem’s role in the Spice Trade, and of course try a few said spices at David Bowie’s shop, Salem Spice, to wake up your senses.  (Yes, David Bowie, but not that one.)

“Seventy five percent of what we taste is through the nose,” Scalia states, as she opens the door to AromaSanctum Perfumes.  There, guests are encouraged to sniff apothecary bottles filled with musks, florals and undetermined scents.

Next onto some of Scalia’s favorite restaurants, visits with chefs, and a kitchen tour and quick cooking class.  3.5 hour tours, $58 per person; morning and shorter strolls also available – check website for information

VISIT: House of the Seven Gables

Nathaniel Hawthorne did not live here. But he visited his cousin who did. And these visits informed his classic book, The House of the Seven Gables.  Hawthorne’s actual home (from birth to 4 years old) was originally down the street, but transported to Seven Gables property as part of the museum complex.

Come to Harbor Sweets, home of the original “Sweet Sloop” – to get a gander at how this specialty chocolate factory enrobes triangles of decadent butter crunch in white chocolate. And then hand dips each in dark chocolate and nuts.

Don a hair net and watch ironically svelte employees mold, dip and wrap each piece. Known for its unique packaging and custom candies, Harbor Sweets has a very loyal customer base. Though I’d wager most have never been here.

How do you revitalize a depressed neighborhood? Well, start with boffo wall murals and bring tourists to see them. That’s what’s been happening in this section of Salem just a few minutes’ drive from downtown. El Punto features over 50 large scale murals by 18 world renowned and 20 local artists within a 3 block radius. Check the website, and see the work of these tremendously talented artists.

Named for the first known word for cacao or cocoa, Kakawa, first at its flagship store in Sante Fe NM, and now right next door to the Peabody Essex Museum, creates historically inspired chocolate recipes from scratch.

Kakawa is famous for its drinking chocolate elixirs, based on recipes recreated from historical sources, ranging from intense Mayan and Aztec to colonial American to modern day concoctions. So you’ll find hot cocoa recipes attributed to recipes that Thomas Jefferson and George Washington might have enjoyed, along with confections, ice cream and milkshakes made with the purest of ingredients.

Bringing back obscure chocolate recipes rich in spices – such as the Fall Spice Blend TZUL (like drinking a chocolate-pumpkin pie), Chili-enhanced drinking chocolate and other “Mesoamerican Elixirs,” Kakawa is not your father’s candy shop.

Even vegans will be impressed with the American Hot Chocolate made with Almond Milk and other Gluten Free/Dairy Free Truffles, Caramels, and Bars. This is a special place and worth a try. You’ll be hooked. Drinking chocolate flights, 3 for $7.50, 4 for $10.

SHOP: The Cheese Shop of Salem

Owner, Peter Endicott, loves being a “cheesemonger.” He was “in construction” before finding this new career while “apprenticing” in a cheese shop in Concord MA. Endicott opened the Cheese Shop of Salem in 2015. And recently, his daughter, Kiri, who grew up fixated on The Food Network, joined him in educating patrons about the best cheese, wine, beer, sake, charcuterie, and other specialty foods.

On Saturdays, Endicott serves his famous Grilled Cheese Sandwiches with balsamic onion jam ($9) to an increasing number of in the know food enthusiasts.

You’ll find Happy Clam Soap (soap derived from the clam mud flats of Maine), Cinder Soap, and a slew of other never seen before body cleansers among the jewelry, clothing, art and homegoods at the 28 Artisan Collective known as Hive and Forge (across from Turner’s Seafood).

Maker of said soaps, Rachel Chandler, owns Red Antler Apothecary, and in addition to soap cakes cut to order, she sells tinctures, teas, and herbs. As a holistic practitioner “trained as a science and evidence-based herbalist,” Chandler also conducts “consultations on the fly.” Perhaps the moisturizing “Sage Against the Machine” or “Iron Milk Maiden” soaps will be just the thing to sooth your winter-worn skin.

Don’t have a lot of time and just here for an overview of Salem? Take the narrated 8-mile one hour trolley tour, and take note of the places to which you’d like to return.

Turner’s Seafood is located in the original Lyceum, where Alexander Graham Bell presented the first public demonstration of a long distance telephone conversation following the first dispatch of the news to the Boston Globe. That in itself is a reason to soak up the atmosphere here.

But, as Turner’s is family owned, by a “fishing family out of Gloucester” at that, you’ve got to come for the freshest of sea creatures. “Turner has his own fish-processing plant on the Gloucester docks, and every day he chooses the best fish.

He’s known as ‘Mr. Re-Turner’ because he’ll bring back the catch if it’s not up to his standards,” says one employee. The Asian Nachos, tuna tartar with fried wantons and Asian slaw ($14.50), are outstanding. As is the Award-Winning Lobster Bisque. You really can’t go wrong here.

This Italian restaurant hits all the high notes: great service, excellent food, pretty ambiance, and reasonable prices with entrees at $20-27. The Eggplant Parm is a pleasure to eat – sliced thin, lightly breaded and sautéed, it’s a signature favorite that doesn’t sit heavy in the stomach.

The more robust Tagliatelle Bolognese ($19.95) is another favorite, as are the perfectly seasoned Lamb Lollipops ($13.95) and incredibly priced Filet Mignon ($26.95). Besides tried and true traditional dishes, add on something unique like the lobster/corn/scallion fritters called Bag of Munchkins ($11.95), or the “opa!” pan fried Cheese on Fire ($10.95). 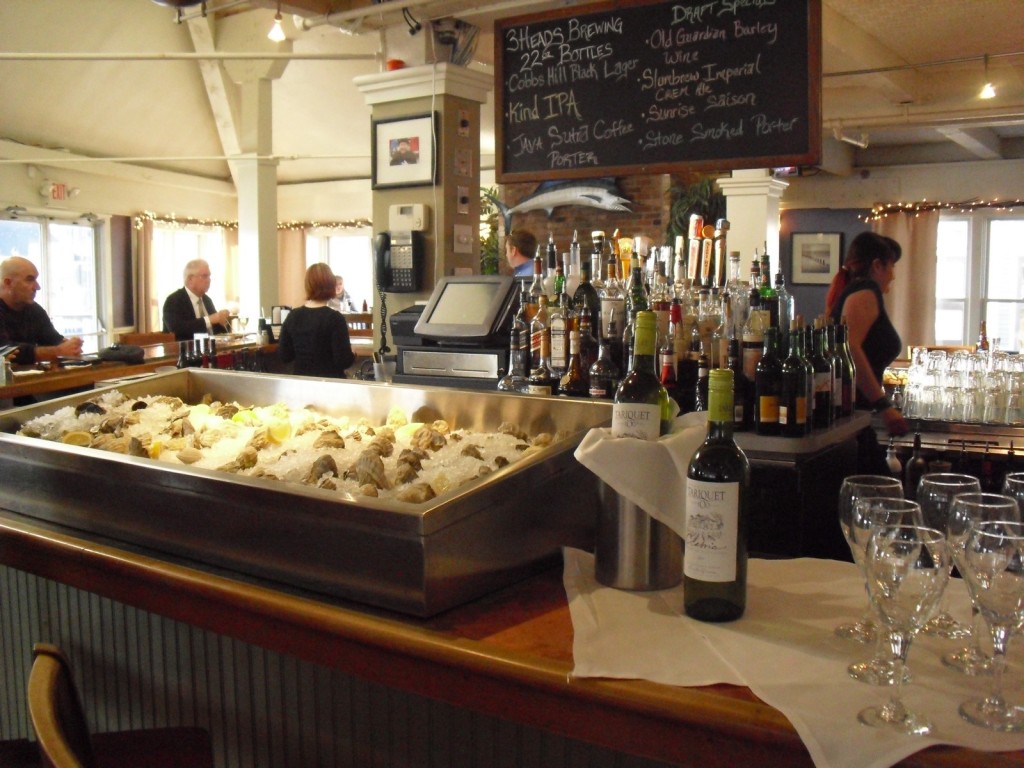 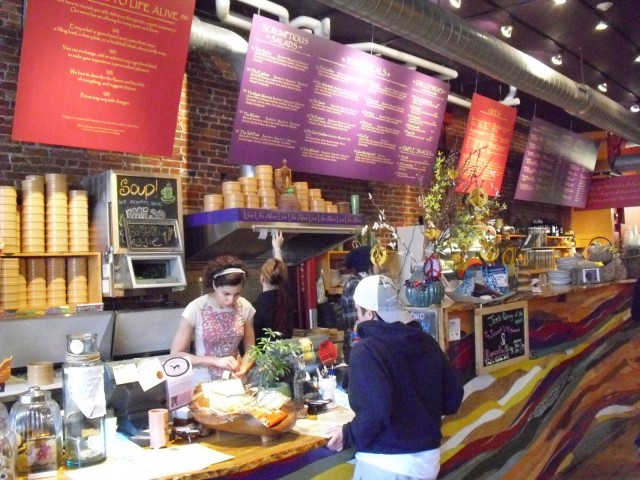 Owners of this crunchy kale and granola fast-real-food café want to “connect you to where your food comes from” and  “put you in touch with your senses.”  They achieve this brilliantly through bowls of vibrantly hued raw or blanched veggies that come to your table within four minutes.  Signature dish, The Goddess (bowl, $9.50), with Ginger Nama Soya sauce, is a satisfying, healthful combination of colors, flavors and textures – enhancing Mother Nature just a tad.

Once the 1698 London Coffee House, a Patriot meeting place prior to the Revolution, and now a Salem institution, Red’s serves up fluffy omelets and  lunch specials (like Shrimp Scampi) diner style.

Just a half mile from the center of Essex St., this baker-owned shop is famous for real cream Paczkis and Bismarks – sweet Polish stuffed donuts – one of the most decadent dessert you’ll ever try. No matter when you go, there’s a line.

Where To Stay in Salem, MA

Money, raised via Public Stock Offering in 1925, was used build lodging in Salem upscale enough to entertain clients of the Hy-Grade Electric Co. (which became Sylvania). Thus was established the Hawthorne Hotel, now a member of Historic Hotels of America.

In the morning, soft classical music plays while you sip coffee on overstuffed lobby chairs.  It’s so grandeur-of-a-time, you may be surprised to find that the Hawthorne was one of the first hotels to have a blog (soon to be revived).  This is partly due to the fact that it is a pet-friendly hotel; monkeys, dogs, and even a box turtle have checked in. $139-$350 (suite) per night includes coffee in lobby, free parking, free wi-fi.

Lots of boutiques are cropping up as of late in stodgy-no-more-Salem.  Salem Waterfront Hotel was the first near the waterfront. Lately, two stylish Lark Hotels – Hotel Salem on Essex St. and The Merchant – have been winning raves.

8 thoughts on “Salem MA Without Witches”